Africa’s not for sissies.

I had low expectations for Free Fire, as nothing I’ve seen by Ben Wheatley has equalled the hype surrounding him. Yet this, which has garnered a somewhat mixed reaction, is streets ahead of his previous form, a very funny, delightfully-staged “bottle episode” period crime movie with an eclectic cast bouncing deliriously off each other.

Wheatley’s critical moment really occurred with Kill List, which ever so slightly left me with that feeling you get when you weren’t in on the joke. If that’s his outright horror picture, there’s nevertheless a streak of the macabre persisting through all his genre diversions to date (his next is a sci-fi featuring Alicia Vikander battling giant crabs with a shotgun …)  Free Fire’s no different, but here he’s wallowing in the ineptitude of violence, taking the warehouse setting of Reservoir Dogs but straining the tension through ghoulish giggles. An arms deal goes south not for reasons of double-crossing (although that does come into the mix) but due to a dispute between a couple of supporting idiots on the fringes of both parties.

Wheatley’s frequent good luck charm Michael Smiley excels as IRA man Frank, who with a very breezy Cillian Murphy (Chris) is arranging to purchase some MI6s that turn out to be AR70s (no, I wouldn’t know the difference either) from Sharlto Copley’s Vernon (in full-on South African scumbag mode). In the formers’ camp are Brie Larson (Justine), Enzo Cilenti (Bernie) and a hilariously useless Sam Riley (Stevo). Riley’s accent most certainly isn’t going to win him any awards, but his dishevelled inadequate is gifted some marvellously puerile lines (and, ultimately, the most OTT death scene).

On Copley’s team are Armie Hammer’s Ord (magnificently superior and, with Chris, one of the few present who seems to be able to shoot straight), Babou Ceesay’s Martin, who looks like a goner when he’s shot in the head, until he isn’t, Jack Reynor’s Harry (sporting odious chin whiskers and an attitude that winds pretty much everyone up, even on his side; he’s the one kicks things off when he shoots Stevo) and Noah Taylor’s Gordon. Also showing up is Patrick Bergin, who I completely failed to recognise, but it has been about 25 years since I saw him in anything.

Wheatley and regular co-writer Amy Jump – also editing collaborators; laudably, the geography of the action is only confusing when it’s supposed to be confusing –deliver wall-to-wall one-liners and putdowns; it’s hard to believe Murphy didn’t think it was a comedy when he read it, even given the fair amount of improvisation that was encouraged on set. They also ladle on not a little John Denver to punctuate the proceedings (the score itself from Geoff Barrow and Ben Salisbury displays moments of greatness too, particularly The Phone Rings).

Stevo assumes Vernon, “an international asshole”, who was mistaken for a child genius and never got over it, is Austrian because of his accent. Copley revels in being a complete tool, attempting the tough act (“Africa’s not for sissies”) before squealing over a flesh wound, suggesting Hammer deal with the situation (“You distract him with your badinage and I leave”) and professing survival skills developed with Rhodesian special forces (“Hey Vern, I like your cardboard armour”).

Chisel-jawed Ord also comes in for much mockery (“Hey Ord, I bet you thought you were too handsome to get shot, huh?”; “Save it for your fucking autobiography”). Indeed, the only problem with the best line, attributed to Stevo (“I forgot whose side I’m on”), is that it comes too early, accompanied by insufficient mayhem to land at the most effective moment.

The ’70s duds and hair are on the fancy-dress side, sure, but the location (actually in Brighton) is a truly fetid dump of dirty needles, rubble and puddles, offering little cover while everyone scrambles for some, the best they can, amid wild gunfire and ridiculous ricochets. Wheatley excels in his camera placement choices, establishing tension and claustrophobia from limited lines of sight and movement. His only concessions to the main arena are an upstairs room occupied by a ringing telephone and the entrance corridor, but when action proceeds to those locations it’s just as contained, usually because characters have been reduced to crawling the distance.

Perhaps, on the basis of past such setups (Reservoir Dogs not least), I was expecting a reveal of an undercover cop that never came, but Justine’s double-cross – though it had occurred to me she might be that non-existent cop – did come as a final shocker, especially since Ord and Chris are just about to grab a conciliatory beer. Chris is so gracious in his demise (“I’m sorry, you got in the way” admits Justine, not such a sharp shooter), you rather wish better for him (although, as with Dogs, the police arrive just in time to spoil Justine’s clean getaway).

That said, everyone here is so entertaining (maybe Taylor fails to etch out a memorable character), you don’t really want to see any of them die. I didn’t think I’d ever say this, but a few more like this and I might be a Wheatley convert. I’m not sure his dabblings are any deeper or more invested in “character” than, say, David O Russell’s genre washes, but there’s more personality and less cynicism. And he also knows not to outstay his welcome. 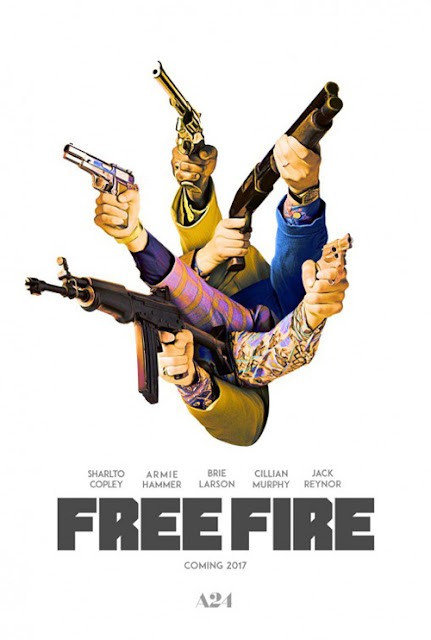