Fear not, for ‘ere this day is done, you shall have a hole in one.

The Avengers
4.16: The Thirteenth Hole

A strange one this, for the first twenty minutes The Thirteenth Hole looks as if it’s going to be the most generic of all oddball Avengers scenarios – super villains up to murderous acts on the golf course, and Steed and Mrs Peel must investigate – but turns things around for a highly entertaining last half as Steed engages in a tournament filled with dirty tricks (many of them courtesy of Mrs Peel, aiding and abetting him).

Steed: Poor Ted. Never had the chance to swing his steel-shafted handle-to-head niblick. He was shot with a rifle at long range.
Mrs Peel: Right down the fairway?

No time is wasted showing who is doing what, namely Reed (Patrick Allen, his most illustrious credit being the announcer of The Smell of Reeves and Mortimer. I’m kidding. Or am I?) and Jackson (Victor Maddern, Hobson in Fury from the Deep), offing agent Ted Murphy (Bill Hibbert) at the thirteenth hole in the opening scene (303 being the “club” of choice). This sets Steed and Emma on the trail, owing to Ted having kept tabs on scientific types. Helpfully, there are a load of score cards in his wardrobe, so soon they are off to the Craigleigh Gold Club, to hang about, get admonished by patrons and generally snoop.

Waversham: I wouldn’t mind giving you a stroke or two. On or off the course.

Various types announce themselves, including the club professional Collins (Francis Matthews), who acts suspiciously but is actually just suspicious (of others, and who ends up killed by a gas-propelled golf ball for his troubles) and Waversham (Donal Hewlett, Hardiman in The Claws of Axos), who’s keen on Emma, in the lascivious old buffer sense.

Also present are Colonel Watson (Hugh Manning) and Dr Adams (Peter Jones, the Book in The Hitch Hiker’s Guide to the Galaxy, keeping with the voiceover theme), who is part of Reed’s scheme (it’s eventually revealed that the bunker at the thirteenth contains an actual bunker – geddit? – complete with mastermind Colonel Watson, periscope and communications with a Russian satellite, Vostik 2).

Mrs Peel: Fear not, for ‘ere this day is done, you shall have a hole in one. I am your fairy godmother. I want you to win this game.
Steed: Why, have you got money on me?

By this point, Emma has been taken captive while Steed completes his round with Adams, who has been told to let Steed blow himself up on the twelfth via an explosive in the hole (“I’m afraid it will damage the greens considerably”). But that’s getting ahead of the good stuff. If you can get past the constant alternating studio close ups and location wide shots (and you’ll need to, to enjoy any of the latter seasons of the show), Steed’s various matches are hugely enjoyable.

Helping matters is Allen, not because the part is up to much, but because he gives such incredulous reactions to Steed’s various put-ons (checking the course with various gauges to judge wind, course and correction; he also keeps his ball in his hat), and is such a dirty cheat (dropping his caddy as Steed is about to strike). Whatever Reed gets up to, though, Emma gets up to worse, burying his ball in mud and depositing Steed’s in the hole.

Mrs Peel: It really is the height of pessimism to have a hat lined with chain mail.

Adding to the amusement, Jackson fails to execute Steed with a golf ball (“If it hadn’t been for my trusty hat”), so the latter is raring to go against Adams, whom Jones gives just the right air of out-of-his-depth angst (“Got you worried, ay? The game ahead?”), added to by the fully-apprised Steed needling him (“One up, Still, things may change. Around about the thirteenth”) and procrastinating by cutting the grass with nail scissors. When Steed eventually comes across the landmine, he manages to win the round by potting his ball from the shelter of the bunker with some impressive cueing action.

Even the big fight is entertainingly offbeat, with the Russians on the other end of the TV monitor reacting to the altercation (until Steed smashes the screen), Emma fighting while cuffed to a chair and Steed finally taking out a fleeing Watson with a well-aimed ball.

The handcuffs inspire a gag about Emma’s handicap and there’s another during the subsequent golf cart drive off in regard to Steed’s champers-uncorking wrist action (“I thought you said you could do it in one”). Why the bad guys need the ruse of playing at all is anyone’s guess, but that’s part of the pleasure of this kind of episode. It’s not so much the final logic, but the playing of the game. 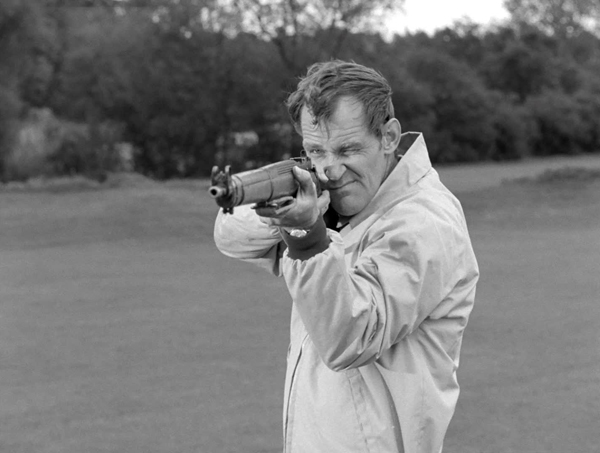 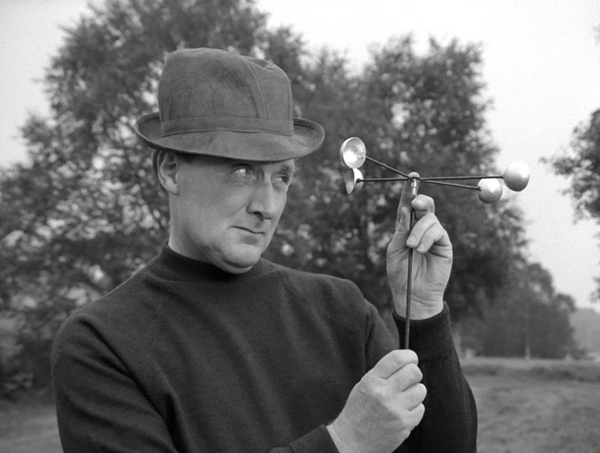 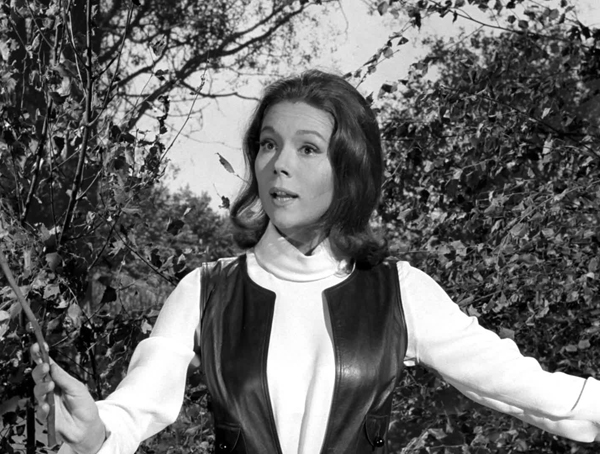 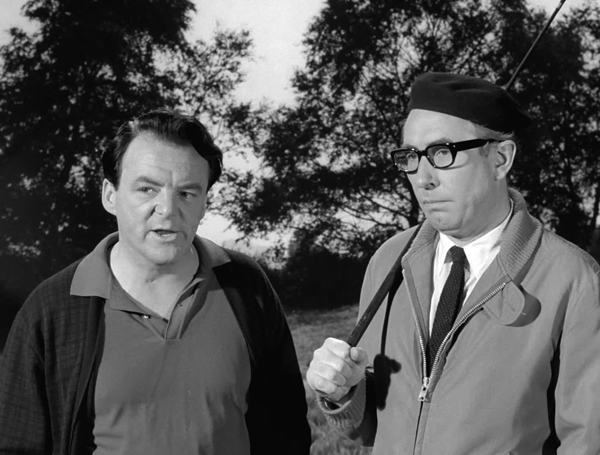 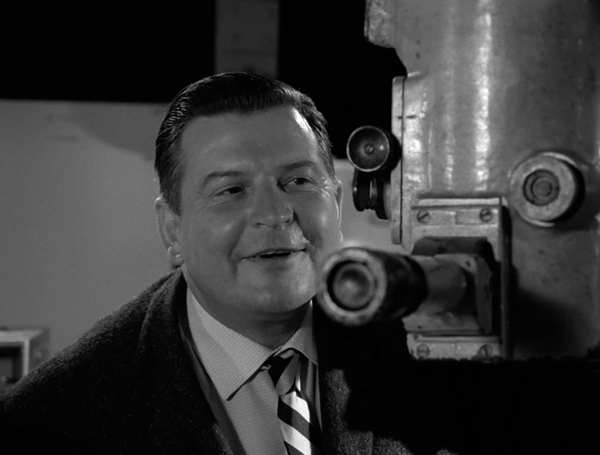