Imagine a plant that could think… Think!

The Avengers
4.12: Man-Eater of Surrey Green

Most remarked upon for Robert Banks-Stewart having “ripped it off” for 1976 Doctor Who story The Seeds of Doom, although, I’ve never been wholly convinced. Yes, there are significant similarities – an eccentric lady who knows her botany, a wealthy businessman living in a stately home with an affinity for vegetation, an alien plant that takes possession of humans, a very violent henchman and a climax involving a now oversized specimen turning very nasty… Okay, maybe they’re onto something there… – but The Seeds of Doom is really good, while Man-Eater of Surrey Green is just… okay.

Sir Lyle: For all we know, they feel. Perhaps, even think.

And while you’re at it, you might cast your net wider and suggest Robert Holmes was an aficionado of the story, since the “meteorite” (actually a lost astronaut’s ship crashing to Earth) heralding an invasion of the planet is also a large part of Spearhead from Space’s premise. Derek “Ensor/Orac” Farr’s Sir Lyle Petersen is closer to Hibbert than he is Harrison Chase, and he populates his mansion with shop window mannequins for some curious reason. Or even Holmes’ The Time Warrior (alien intelligence snatches and mind-controls scientists for its own nefarious ends). Man-Eater in turn owes a considerable debt to The Quatermass Experiment (Quatermass II was, of course, an influence on several Holmes projects).

Steed: Where does that little beggar come from?
Mrs Peel: Mars.
Steed: Mars?
Mrs Peel: Or even the Moon. Recent photographs show whole areas of vegetation.

The main problem with Man-Eater is that it’s very “straight” and, the spirited performance of Athene Seyler as plant expert Doctor Sheldon aside (although she’s even more fun in Build a Better Mousetrap), none of the characters are very memorable. Which makes its atypicality in The Avengers sphere, more so than the earlier The Cybernauts (also by Philip Levene), closer to doing for science fiction in the show what Warlock did for the supernatural, all the more of a missed opportunity.

Man-Eater’s is an unashamedly ’50s B-movie riff, and Steed and Mrs Peel are more functional than they are invited to embrace the absurdity of the plot. Of particular note in the poker-faced stakes is that, in The Avengers universe, the Moon is populated with lush foliage, it seems. I suppose at least it isn’t actually an egg. That really would be ridiculous.

Wing Commander Davies: Looks like some sort of mad octopus.
Steed: Well, what was it doing up in the cosmos?

The episode has its roots slightly more under the ground prior to the discovery of the space capsule (“A spaceship lost about a year ago”, 5,000 miles up) and an accompanying (plausibly-designed) expired plant that releases seeds, similar to the common or garden dandelion: “This seed has an embryonic brain. Oh, what a disaster that it was damaged. Imagine a plant that could think… Think!”. We later learn the one that has been rescued and is growing on Sir Lyle’s property (with the help of twenty tonnes of fertiliser) could reach 200 times higher than the Empire State Building and the cover the Earth in a matter of weeks.

The plant also has a taste for human flesh, there being only one source of hydrochrome oxidase on the planet (“Yes, this was a man-eating plant. If it had germinated, it would have required us as much as we require green vegetables”. So not at all, if you’re Scottish).

Fortunately, there’s some herbicide – propionic acid – on hand (also The Seeds of Doom’s solution); the climax is an effective piece of action work from Sidney Havers – his direction of The Cybernauts was also the highlight of that story. Well, aside from John Hollis, naturally – as Steed fails to prevent Doctor Sheldon being dragged off by a tendril while fending off a possessed Mrs Peel. The means of defence against the plant’s sonic signal, hearing aids, isn’t so much heavily signposted in the first scene as beaten around the viewer’s head with a particularly robust root vegetable, leaving them insensible.

Steed: Morning Sunrise. A fully-fledged bloom of delicate russet tints and a haunting bouquet. For you, Mrs Peel.

There are a few noteworthy incidents courtesy of the regulars; Steed looks most uncomfortable at the appetites of Sir Lyle’s Venus flytraps and narrowly escapes a poisonously phallic cactus up the bum.

Mrs Peel rather finally blows away Scorby-like chauffeur Mercer (Joby Blanshard) with a shotgun. Admittedly, he blew someone’s head off earlier, but that’s still a pretty shocking, take-no-prisoners approach. She also gets slapped on the breast by an excited Dr Sheldon, and in response smiles indulgently at her eccentricity.

And there’s the occasional witty remark. Emma ripostes “Why not? The plant’s only man-eating” when Steed advises her not to lose her hearing aid. Steed, posing as a representative of the Tree Preservation Society, announces to a mannequin, nude but for a garland of leaves, “Come autumn, I hope to see more of you”,  and enjoys his proffered brandy (“Delicious”). On the debit side, upon demolishing the threat, he informs Mrs Peel “I’m a herbicidal maniac, didn’t you know?” Which is appalling, even for him.

This is the kind of Avengers you’d think was the best ever, if you were seven. So very like The Cybernauts in that regard. Man-Eater of Surrey Green isn’t bad, but it’s quite threadbare, lacking the tension or intrigue exhibited by the better more serious stories or the colourful characterisation of the superior more flamboyant ones. We end with Steed and Mrs Peel on the back of a hay cart discussing a visit to a friend for tea who grows things, including giant creepers that are, fortunately, strictly vegetarian. 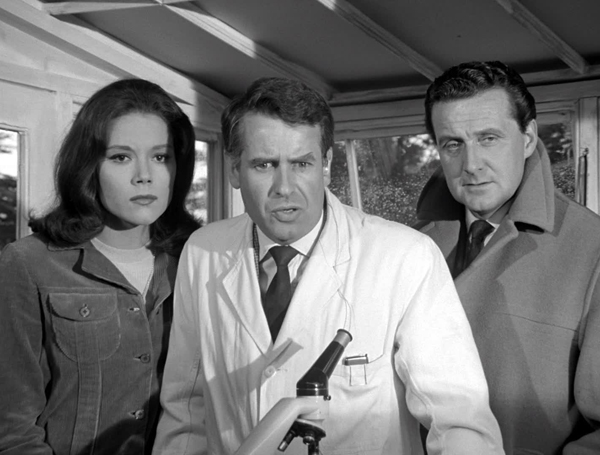 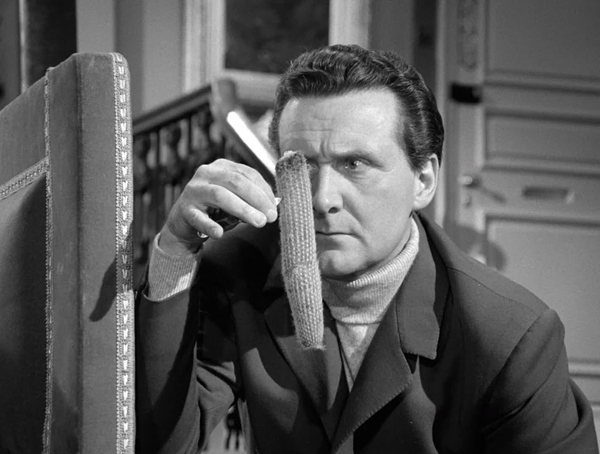 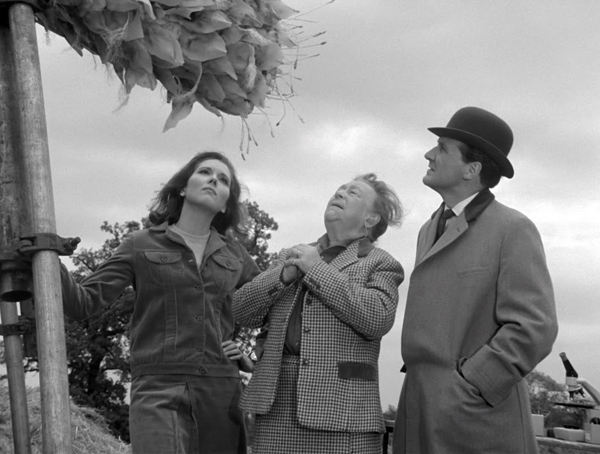 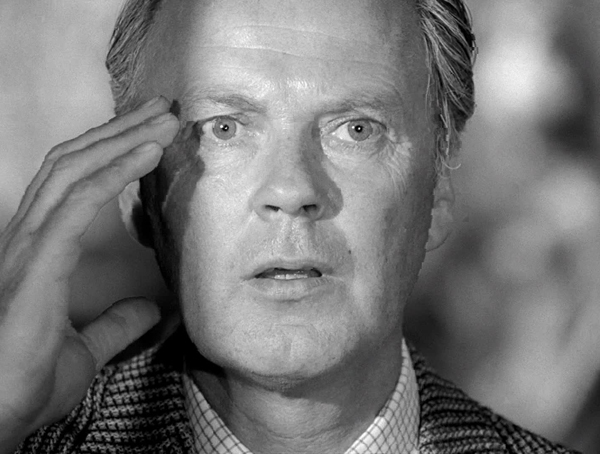 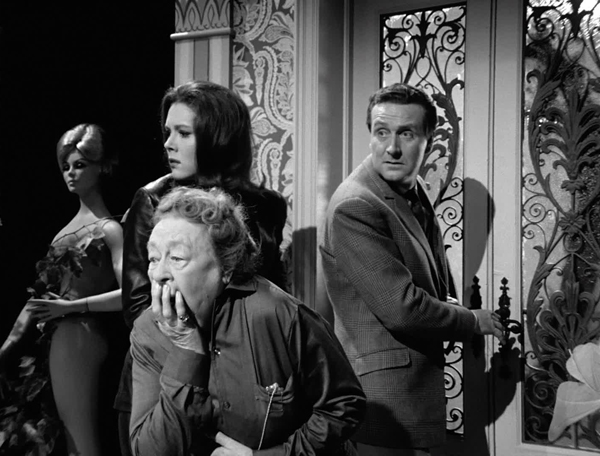