I fear I’ve snapped his Gregory.

In an episode as consistently dazzling as this, piling incident upon incident and joining the dots to the extent it does, you almost begin to wonder if Lynch is making too much sense. There’s a notable upping of the pace in We are like the Dreamer, such that Chad’s apprehension is almost incidental, and if the convergence at Jack Rabbit’s Tower didn’t bring the FBI in with it, their alignment with Dougie Coop can be only just around the corner.

Gordon Cole: You’ve been there all through the years, Lucy?
Lucy: Well, actually, I have gone home. And Andy and I have taken some vacations.

So much going on here, though. There’s Albert recounting the first Blue Rose case, involving fledgling FBI agents Gordon Cole and Phillip Jeffries and an arrest suspect – two arrest suspects – called Lois Duffy. The last words of one of the Lois Duffys – “I’m like the Blue Rose” – are, construes Tammy, a signifier that the dying woman, who vanished from the scene after being shot by her identical counterpart – who later hanged herself in her cell – was unnatural, since a blue rose does not occur in nature, and was, in fact, a tulpa, or thought form.

So, long, long before Bob doubled-up on Coop, we have an earlier example of a similar entity encroaching on an unwilling human. Only here, it ends up back in the Black Lodge when its machinations are cut short. One casually wonders what Lynch’s experience with tulpas may be. After all, as a TM-practitioner, he’s repeating a daily mantra invoking a Hindu deity. Sure to have some effect eventually, if anything will.

In The X-Files, that tale would have likely have occupied an entire, largely superfluous flashback episode. Here, it takes about five minutes, and is all the better for it. And then, an unexpected synchronicity, as Diane reveals Janey-E is her estranged half-sister (“I hate her”), making Dougie Coop her half-brother-in-law (I’m guessing they’re so estranged she never even saw sis’s wedding photos; the theory that Janey-E is Diane’s tulpa is a bit of a stretch, I think).

Agent Wilson: How are we going to find the right one?
Special Agent Randall Headley: Wilson, how many times have I told you? This is what we do in the FBI!

Gordon rather leaps to conclusions that the couple may be armed and dangerous, but it’s refreshing to see that not all FBI staff are super-efficient, lateral-thinking credits to the Bureau. I definitely want to see more of the fist-pounding, hyperbolically reprimanding Special Agent Randall Headley (who I knew I recognised; Jay R Ferguson was Stan Rizzo in Mad Men), his incensed response brought on by the confusion of Agent Wilson (Owain Rhys Davies) over how they will locate the correct Douglas Jones out of the 23 in the area.

Albert: Yes, I’m beginning to remember that too.

There are no apparently ambivalent, diversionary interludes in this one, although I absolutely loved Gordon freaking out at the painfully noisy, silhouetted window cleaner. Everything is on point, even the shaggy dog stories, of which there are several, if you include dreams.

Of course Gordon dreams of Monica Bellucci (again) and of course they had coffee. Perhaps surprisingly, there’s no great passionate Gordon affair (maybe he censored that part), although she was very pleasant, but his fractured narrative is both classical in dream construct (“Cooper was there, but I couldn’t see his face”) and full of Phillip K Dickian reality-bending (“We are like the Dreamer. Who dreams and then lives inside the dream… But who is the dreamer?”), before segueing into our first encounter with compos-mentis Cooper in any substantial way this season, even if it comes from 25 years ago, and of now-departed Bowie as Phillip Jeffries (“Who do you think that is there?”).

There’s also the marvellously curious fact that both Gordon and Albert had forgotten the incident in the Philadelphia office from Fire Walk with Me (both terribly convenient to the plot and highly credible).

Andy: We need to get her down the mountain. She’s very important, and there are people who want her dead. She’s fine physically. We have to put her in a cell where she’s safe.
Sheriff Truman: Okay.
Andy: Don’t tell anybody about this.

I’m not sure what I expected of Jack Rabbit’s Tower, but it certainly wasn’t Andy being at the centre of proceedings. And he does so well, as if, once transported via a now familiar vortex – the one Gordon saw, and the one Freddie Sykes (Jake Wardle) will describe to James – he enters a state of receptive stillness channelling information via the origami puff machine without disturbance – except, for some reason upon seeing the telegraph/ electricity pole. And continues to do this, no matter how sinister – and it runs the gamut of scary gas station tramps, including Mr Gotta Light, the penthouse shredder, eyeless Naido from the third episode, who we have earlier seen lying naked in the woods, good and evil Coops, the schoolgirl screaming from the pilot, the pole with the number six on it – before returning him to the woods.

Upon which, he instructs Frank, Hawk and Bobby on what to do, all traces of simpleton having momentarily vanished. Well, I say that. Suggesting someone without any eyes is fine physically isn’t quite the description I’d use, nor would I consider locking someone in a cell with Chad and a bloody – at least, some of what he’s excreting is blood – mimicking psycho for company is perhaps the best method of looking after her. No wonder she starts making strange noises. Presumably the soil in the pockets is to keep a connection to the “real” world, and their out-of-phase presences surely connects to the woodsmen’s extra-dimensional form.

This whole sequence is full of intriguing ideas and images, from the slight slow motion effect as they approach the correct spot, to the pool of garmonbozia when things start to act up. And now the Giant is officially called The Fireman? A Fireman being one who puts out fires, fires caused by mankind say, when they detonate nuclear bombs, such fear-inducing moments inspiring Machiavellian thought forms? So Bob is mankind’s darkness personified. Interesting that Hawk is side-lined, having been the most intuitive to date (less so that Bobby is too). But perhaps it is Andy’s empathy and benign emptiness that make him the ideal vessel?

Freddie: This is a person that delights in acting in an obstructive or an otherwise unhelpful manner. As in “Oh, I can’t do that. It’s more than my job’s worth”.

The scene with James and the impossibly cocker-nee Freddie Sykes finds Lynch imagining people still referring to “London Town, in the East End” like its Mary Poppins meets The Elephant Man. Freddie is only 23 years old (the second occasion of that number in the episode) but has already discovered his destiny, in the form of a green glove that won’t come off his hand, having found it at the behest of the Fireman when he was granted an audience, on being sucked into a vortex and deposited in the Red Room. Said glove also provides his hand with the power of an enormous pile driver, and said Fireman instructed him to got to Twin Peaks. So this is Lynch and Frost’s first superhero character? (“I fear I’ve snapped his Gregory”) Complete with magically materialising plane ticket?

If I didn’t know James and Freddie were working at the Great Northern as security guards, I might have assumed the furnace room was in proximity to the hospital basement where Bob and Mike met for the European TV movie ending of the original pilot. Lynch is certainly amping up the unsettling sound effects around James there.

Sarah Palmer: Do you really wanna fuck with us?

But that’s as nothing next to the unnerving events surrounding Sarah Palmer dropping by The Elk’s Point Bar for a Bloody Mary and a gasper, only to be pestered by a most insalubrious specimen of a trucker (John Paulson). Lynch leaves us in no doubt this isn’t the sort of fellow to be mourned very hard, but the reveal of dark, possessed Sarah is a shocker, for all the warnings something was seriously up. And what of her opening up her face like an inverse Laura Palmer in the Red Room? Obviously, White and Black Lodge denizens have identical abilities, only to oppositional ends.

Bartender: We’ll see about this.
Sarah Palmer: Yeah, sure is a mystery, huh?

It’s a stroke of genius using Zabriskie’s intensity and turning it into outright villainy, and then her note-perfect act of being shocked by the swift work she made of the trucker’s jugular leaves you wondering for a moment if she isn’t genuinely horrified, possession coming off and on, until she adopts an offhand response to the bloody mess on the floor.

More bloody messes discussed in The Bang Bang Bar, which given the drug-hazed clientele and discourses on desperate, deranged types, leads to the impression of a Twin Peaks in a resoundingly bad place. One of the drinkers is Tina’s (and Kelly, not David Lynch’s) daughter and the other Lynch’s (David, not Kelly) wife. What actually befell Billy is anyone’s guess – that’s Billy who Audrey won’t quit about – but coming on the heels of an episode replete with Black Lodge incidents and supernatural feats (Billy is said to have jumped over a six-foot fence before leaving Megan’s mom’s kitchen in a terrible state) it undoubtedly isn’t normal.

So, no sustained scenes with either Coop this week, but the episode doesn’t go wanting for their absence. Indeed, it’s one of the best yet. 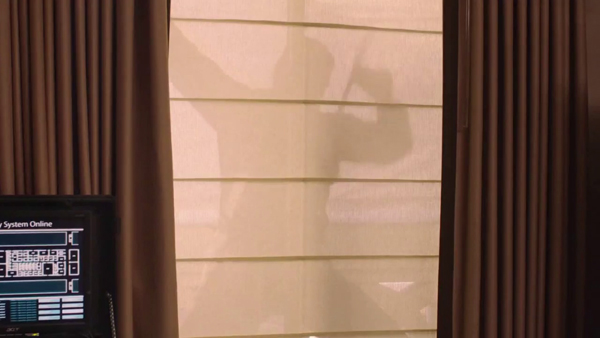 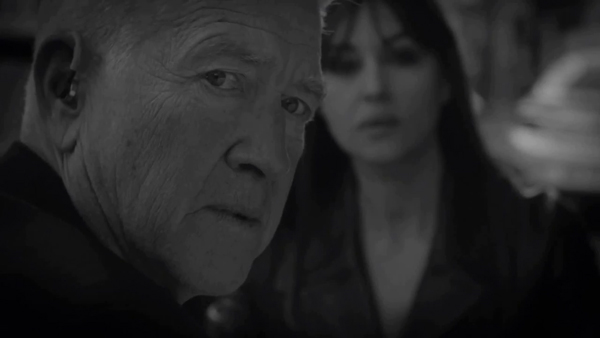 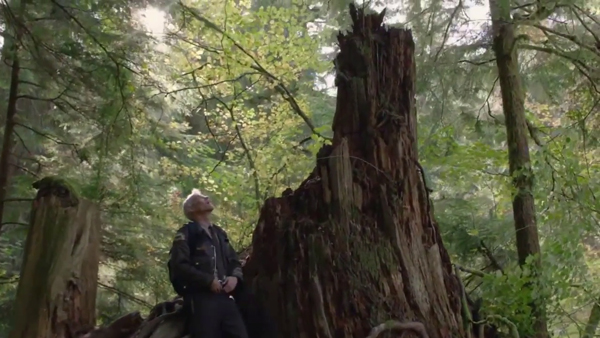 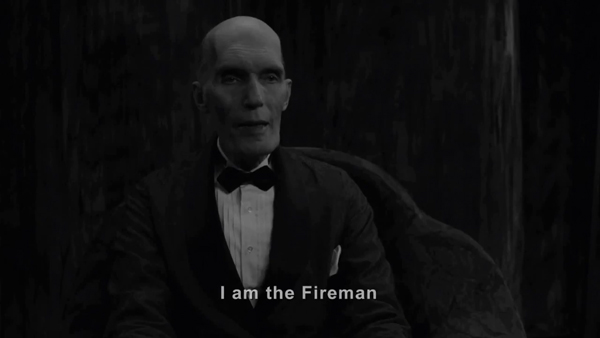 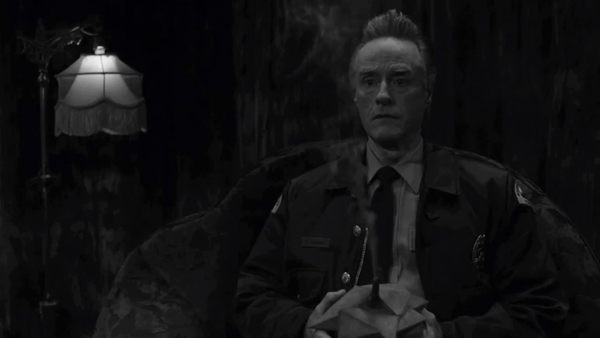 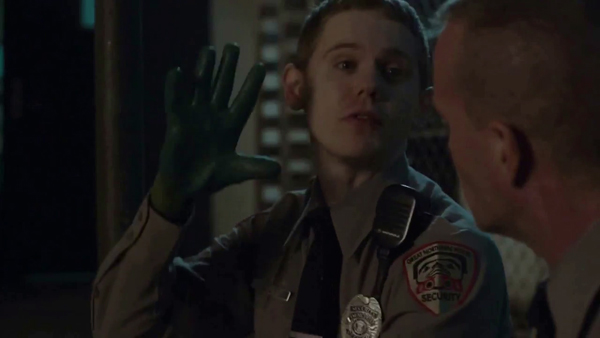 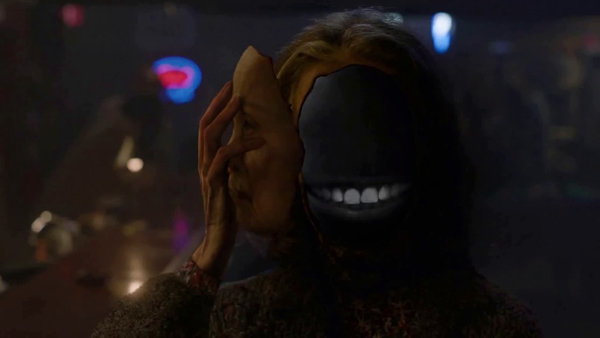