What is it, hidden beneath this shell of lovely earth?

Confession time: I wasn’t even aware Penda’s Fen existed before reading a recent Fortean Times piece on haunted childhoods of the ’70s: curious in itself, as Play for Today wasn’t exactly teatime, Basil Brush and Doctor Who, viewing (I guess they’re taking in inquisitive teenagers). But it’s very easy to see why the piece, directed by Alan Clarke from a teleplay by David Rudkin, had an impact on impressionable young minds. It’s just the sort of fare, with its open countryside and occult undertones, that proves indelible, in the manner of Children of the Stones or The Owl Service (or Alan Garner generally). That, and simply the way that movies and TV were made then; the texture of film, the lingering of edits and weight of imagery and unnaturalistic dialogue.

That said, I’m not sure the more fantasy-tinged end of the spectrum was really Clarke’s forte (he also gave us the less than venerated Billy the Kid and the Green Baize Vampire). Whether it’s his reading of the script or just his eye, there’s a literalness to his depiction of young protagonist Stephen Franklin’s imaginings that’s rather less evocative than Mr Arne’s impassioned, paranoid rants at the local village meeting. Apparently, Dudkin requested Clarke for the gig, and the director admitted to never fully understanding the material. Dudkin commented of Clarke “He distrusted intellectual drama, and was wary of the story’s frames of scholarly reference: theology, Latin and Greek, classical harmony… I said he was to let all that aspect look after itself, and concentrate on the emotions”.

Stephen (Spencer Banks, also of Timeslip) nurses the readily recognisable (stereotypical?) symptoms of repressed sexuality, adopting a staunchly conservative (it’s difficult not to see a whiff of Michael J Fox’s character in Family Ties, only less humorously, in his morally severe attitude to the world and those around him).

Living in the Malvern Hills, the son of a pastor (John Atkinson), Stephen juggles a confused passion for the milkman (Ron Smerczak) with his public-school affiliation to the combined cadet force and an obsession with Elgar, and more especially The Dream of Gerontius. He’s almost a parody of the prig in his behaviour towards others; his teachers and even his mother find his dogma tiresome, but the film takes him on an increasingly sympathetic journey of sexual, socio-political and spiritual awakening, one fuelled by the landscape around him, its myths and archetypes, in which visions form, guiding him to a place of new awareness.

As his father tells him, dreams are true: “The truth you need to know about yourself for your wellbeing”. And Penda’s Fen is accordingly about stripping away the outer paraphernalia to reach core truth. Stephen’s major influences, the father he has assumed is a traditionalist and the lefty writer (a positively youthful Ian Hogg as Arne), towards whom he is initially antagonistic, lead him to reject those more formal props of appropriate behaviour, of schooling and the military, and of respect by his peer group (Honeybone, about whom Stephen has erotic dreams, like most of those around Stephen, recognises he is “different” and leads the rugby squad in a ritual humiliation).

So Stephen starts off complaining of the “modern wilderness of amorality” and – suggestive that any such restrictive viewpoint is indicative of repression on the part of the proponent – gets all Mary Whitehouse about Arne’s work (there’s “always someone unnatural in his TV plays”). But because he translates “Know thyself” as “Discover thyself”, he takes the rejection by the presiding authority figures in his stride; he leaves the CCF, whereupon he is accused of being a non-cooperative (or unmutual: Number Six would be proud), accompanied by the inevitable impugning of his masculinity (the Major wonders if he wants to be a man at all). Stephen also reacts indifferently to being told he can’t be recommended for the sixth form club (“If that’s how you feel, sir”). It’s a necessary path; after all, it’s his inability to express himself that causes destruction (the death of a bird beneath the milk float while he is paralysed by Joel’s presence: Joel, who appears on his bed as a demon, and is forceful when he realises Stephen’s intentions – “That’s all”).

The pulse running through Penda’s Fen relates to a philosophical musing over Manichean forces, as proposed by Arne and debated between Stephen and his father, fuelled by Stephen’s visions of angels and demons and his obsession with The Dream of Gerontius (“What is to happen to my soul?” we hear Stephen ask at the opening; the Dream relates the musician’s experience after death as he comes before the throne of God (or Penda), encounters angels and demons, and hears “the dissonance that is the piercing gaze of God”). Arne speaks of the Manichean challenge, speculating that a church acts as an aerial for such forces, while the pastor admits “I am not sure which side the church has always been on”, taking a moderate view towards their “heresy” (to the Manicheans, Jesus was one of many sons of light in the “unending battle to save man’s spark of light”).

And there are nominal oppositions throughout. Arne considers himself subversive, albeit of his plays he admits “I make ‘em tamer now”. Stephen is subtly aware that the political troublemaker is less insightful than his father, so impassioned is Arne by his position (“Oh I don’t know” Stephen replies, when Arne suggests the pastor would be horrified by his tirades, because Stephen has already heard his father’s heresy: “You believe in God” he earlier asks in confirmation. “I believe in truth” his father replies, having also spoken of the “troubling historical and spiritual reality of God himself”. He is only conservative in terms of a reserved disposition, not of an exercised mind).

And symbolically, the final scene, as Stephen rejects the fake parents of his vision – “There you have seen the true dark enemies of England. Sick father and mother, who would have us children forever” – informs Penda’s Fen, tying in with Arne’s obsession with vile technocracy and Stephen’s vision of willing sacrifice of hands to the state (sacrificing their freedom, remaining children forever). So Stephen is able to marry and satisfying the twin opposing forces: “I am nothing pure. Nothing pure. My race is mixed. My sex is mixed. I am woman and man, light and darkness. I am mud and flame”.

Penda’s Fen shares a romanticism towards the old religion with the likes of John Masefield’s Box of Delights. Something even the pastor recognises. Stephen lives in Pinvin – Penda’s Fen, the name though to reference the last pagan king of Mercia – and there are discussions tying paganism to the correct social grouping, the positive one, and so kicking against the urban (and implicitly Christian) one. Pagan means “belonging to the village” we are told, and it seems to me that a scathing review of the play on Amazon, that refers to it as having a “globalist” agenda (based mainly on the idea that Stephen’s final speech symbolises a unified world) is rather missing the point, that the Pastor explicitly puts the microcosm first when he sings the benefits of the centred village over the sprawl of the city, the community of the countryside. That, and Arne’s railing against the machine.

Arne explicitly rejects the metropolis for The Good Life, and I have to admit I found his conspiratorial tirades about the “strategically expendable populace”, in response to emotive language being used to condemn strikes holding the country to ransom (very much flavour of the month at the time), the most engaging aspects of the play. Arne all but whispers illuminati agendas when he speculates “What is it, hidden beneath this shell of lovely earth? Some hideous angel of technocratic death? Some alternative city for government from beneath? Motorways there, offices, control suites. Silent there, empty, waiting for the day”, as there are numerous such theories and postulations regarding such vast underground complexes.

Further, he digs into the occult obsessions of the Elite when he notes “Those lonely places our technocrats chose for their extreme experiments” (Los Alamos for instance) and “Sick laboratories built on or beneath these haunted sites”. Albeit, he responds “Not in the least” when asked by the pastor if the is interested in the occult.

For Arne, the dystopia is inevitable – the forces will only rise – and the one hope for man is that the great concrete megacity inspires the seeds of “Disobedience. Chaos. Out of those alone can some new experiment in human living be born”. Accompanying Arne’s speculations is a confirmatory side plot, in which a burnt man is discovered in the countryside, an aspect that not only projects a similarly eerie apocalyptic feeling to Edge of Darkness, but also expressly conjures the spectre of upper-tier machinations, when the very Roswell cover story “man injured by weather balloon” is released (yet the measure of the play is such that it would less lend itself to an “out there” hypothesis as an “in here”).

If I wanted to go further along this line, I might suggest the PINVIN changed to PINFIN in Stephen’s mind on signs is a representation of the Mandela Effect forty years early. I have to admit, however, that the visionary aspect of Penda’s Fen is the least resonant one, because, as I’ve suggested, it’s so very literal. You could see Nicolas Roeg coalescing such material far more seamlessly, whereas Clarke gives us King Penda sitting atop a hill like he’s waiting around for a Depeche Mode video, a great crack appearing down the aisle of a church, and a really rather rote conversation between Stephen and Elgar (who resembles one of the hosts of History Today).

Penda’s Fen doesn’t offer much in the way of humour; about the closest it skirts is Stephen being told by his parents of his adoption, and that “Like the English language, Stephen, you have foreign parents too” (Britishness is itself just a mask, an illusion). The pastor then follows this up with the reassuring “Even Elgar has some Welsh blood”.

I’m not sure Penda’s Fen is quite the masterpiece its rediscovery makes out, but it’s a fascinating piece of work, the likes of which simply could not be imagined now, either in terms of writing or delivery. If it’s rather didactic at points, with regard to the latter, the conversations are engrossingly literary. It scarcely matters if anyone talks like this outside of the realm of academia: they’re interesting. Rudkin and Clarke have created a textured, layered examination of identity, and the “identity” of Englishness. 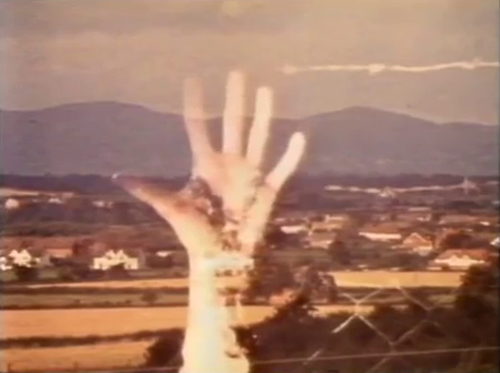 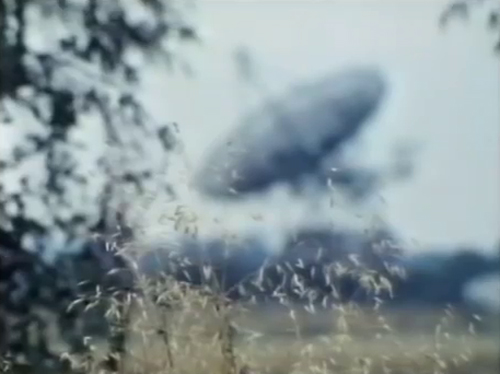 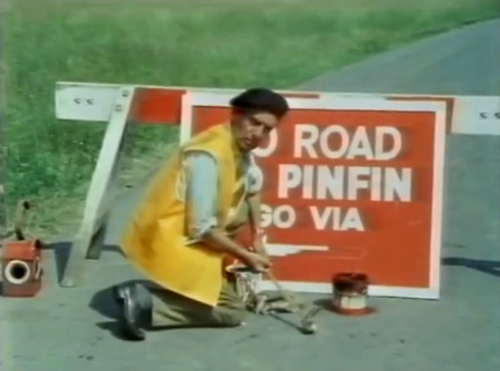 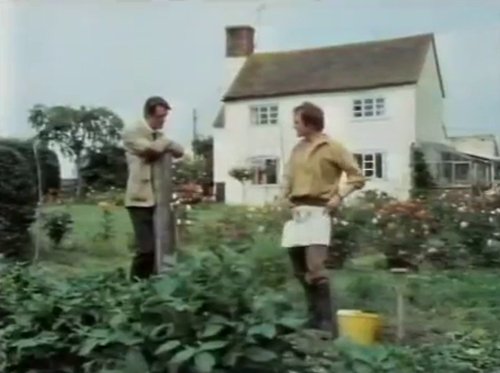 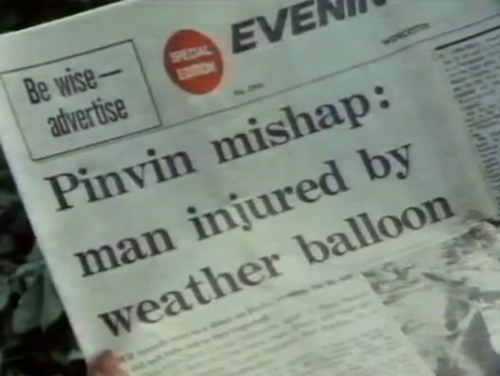 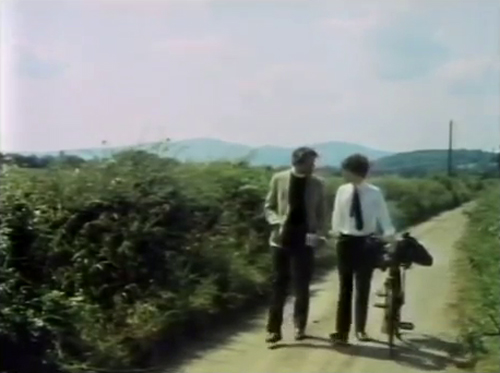 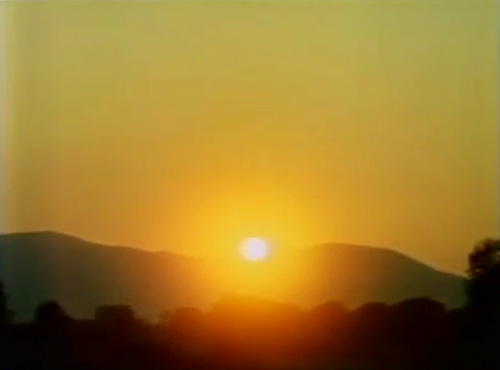 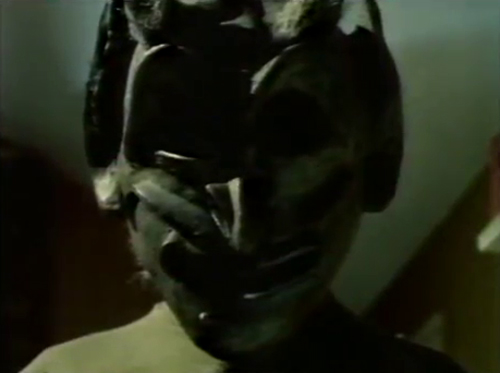 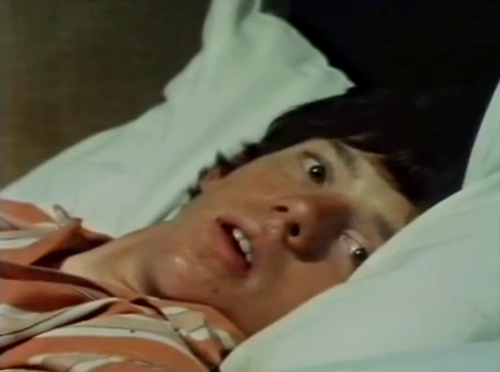 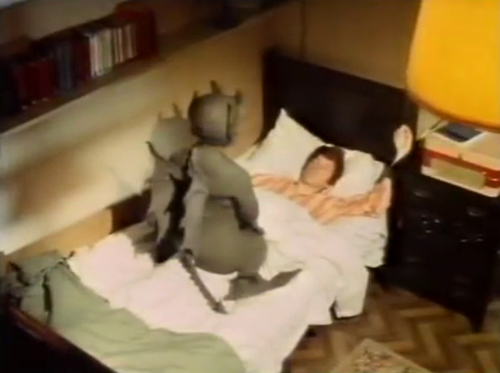 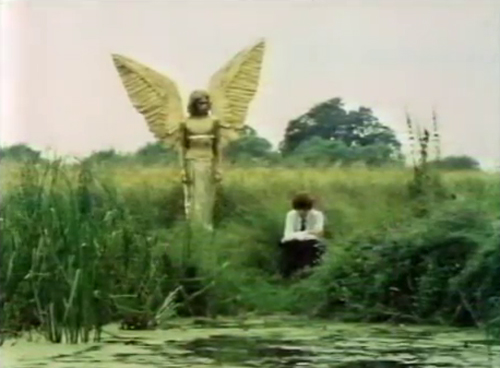 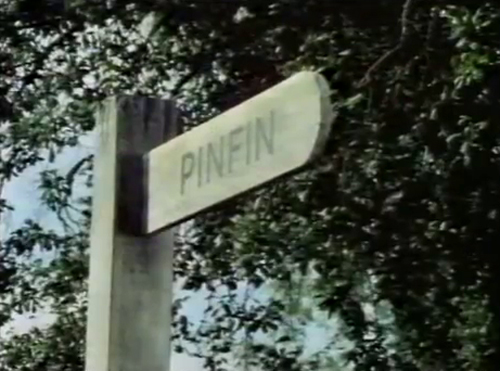 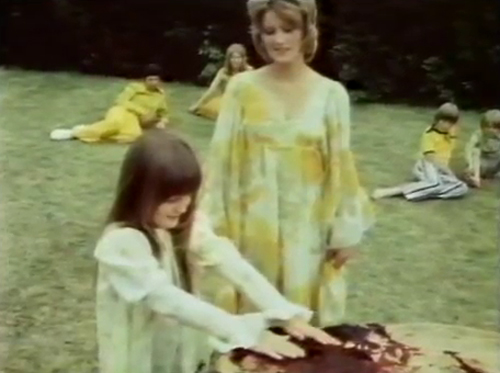 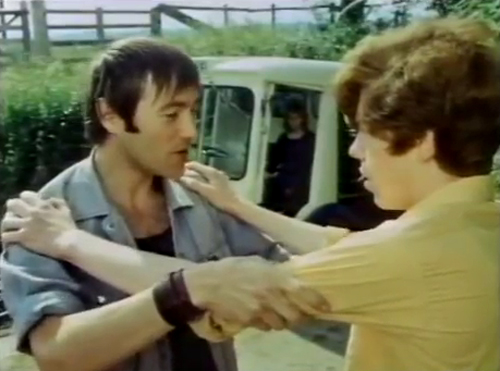 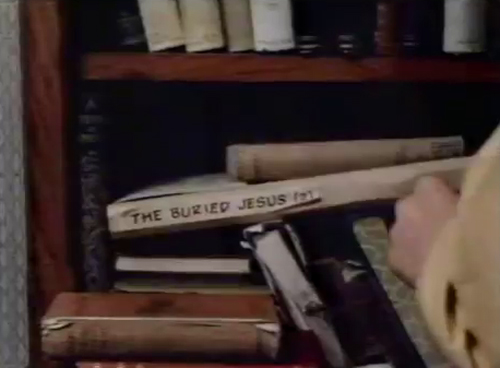 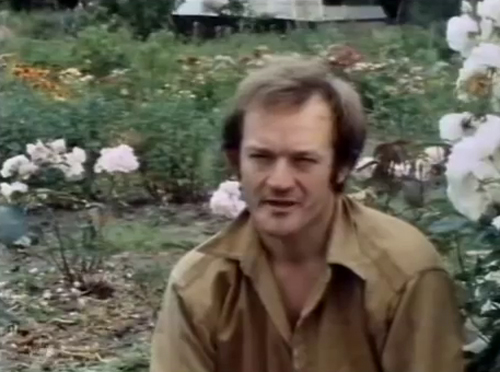 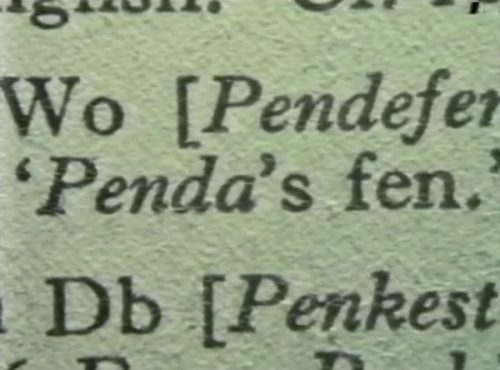 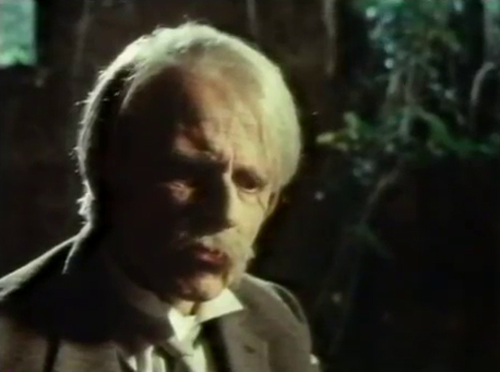 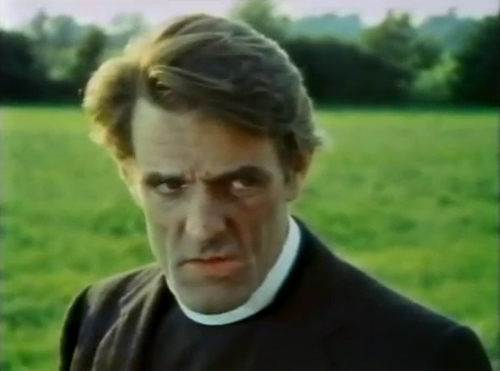 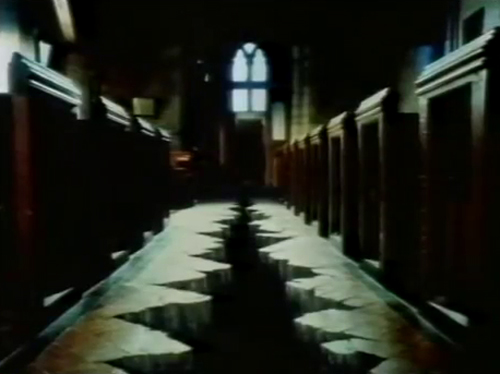 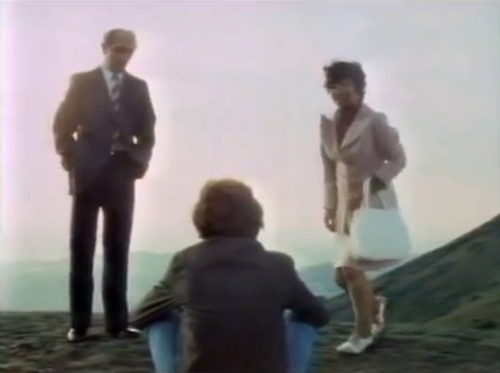 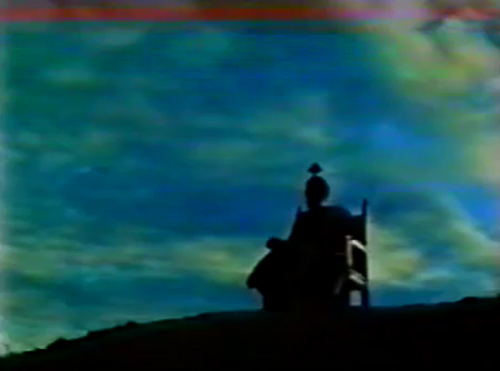 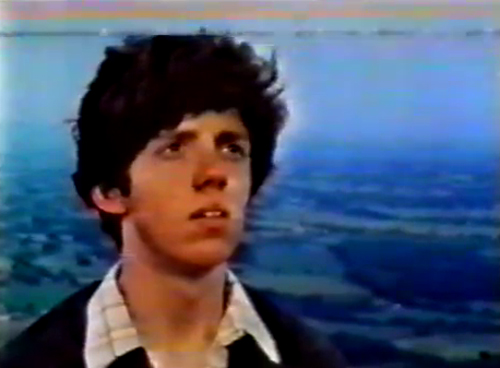 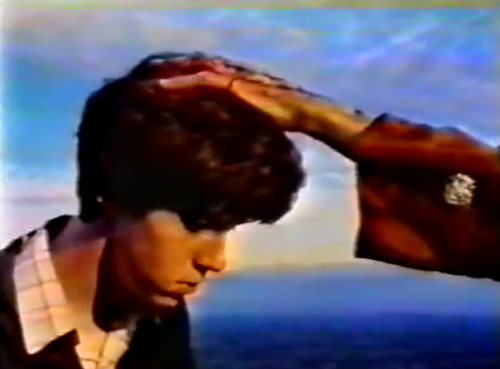