Hello Johnny, how are you today?

I’ve a theory that all it takes to tip a solid episode of Twin Peaks (in any season) into a great one are three or four slices of sublime strangeness. The rest can hum along amiably, in contrast to that electricity the Log Lady has something to say about, but it’s those scenes that define the overall shape and energy. Laura is the one has a good three or four, and maybe the funniest sustained Lynchian visual gag so far.

That comes in the form of the Mitchum brothers, or to be more precise Robert Knepper’s Rodney. He’s aided and abetted by Candie (Amy Shiels) – part airhead, part fruit bat –attempting to swat a fly while Rodney examines casino surveillance logs. And like most of the director’s comic gold, this goes on and on and on, and you absolutely know it will end with Rodney getting clobbered. I wasn’t expecting it to be with the TV remote, though.

I’m not certain Candie’s mental state, sustained though it is, is going to be about anything other than her being in Lynch world, but the Mitchum boys gradually getting more and more frustrated with her while trying not lose it (“If you fire her, she’s got no place to go” asserts Bradley of one of his trio of, ahem, employees, as she spends five minutes on the casino floor talking about nothing to Anthony Sinclair instead of bringing him to see them).

I like that we’re getting to see their thick-as-thieves thinking too; “Brad, remind me to call off that hit on Ike” suggests Rodney as they watch news of the Spike’s apprehension. On first sight, this duo were simply intimidating, but now, with the Candie-inspired weirdness percolating their milieu, I want more of their surprisingly warped world.

Their place in the scheme of things, meanwhile, is taking perfectly logical shape, as they’re (seemingly – Bradley does comment of Anthony “I could throw a car farther than I trust that rat fuck”) duped into believing Dougie ensured they didn’t get a $30m insurance payout and has a vendetta against them, when really, it’s Anthony in cahoots with rival casino guy Warrick (in turn in with Evil Coop).

Other weirdness, of a decidedly more psychotic kind, revolves around the Horne family. Richard, now established as most definitely Audrey’s daughter, is on a vituperative roll, bashing poor Miriam’s head in during an off camera one-shot on her trailer (last we saw, she was still breathing, though), and breaking into granny’s house and stealing her money.

It’s another of those queasily hilarious scenes, because of what’s going on at the edges. Johnny, tied to a chair with oven gloves on his hands and sporting a hard hat, so he can’t hurt himself any more, while a headless teddy on the table repeatedly queries “Hello Johnny, how are you today?” It’s a mesmerising scene. That said, at about the point where Richard’s screaming “Cunt!” at his gran, I was admittedly given pause to wonder if the restrictions of mainstream TV don’t promote a creativity all their own, and Lynch’s licence to do anything may not always be the best of all possible worlds. Which may just be the Mary Whitehouse in me.

Completing the Horne-swoggling this episode, we discover Ben is no longer with Sylvia, and one good phone call (or bad phone call) persuades him an affair with Beverly may actually be a good idea. And Jerry’s still in the woods, still bereft of a phone signal.

Richard is definitely stacking up a whole world of pain for himself, as is snot-nosed spousal abuser Steven Burnett, but the character closest to being meted any kind of justice is nominally on the other side of the law. We knew Chad was a bad ’un, and now we know he’s an even worse ’un, in cahoots with Richard Horne and believing he can hoodwink Lucy on the basis that she’s a bubble brain. So it’s pleasing to see she has duly noted Chad lifting Miriam’s grassing letter (the postie’s no slouch, either).

Nor can you pull the wool over Albert and Gordon Cole’s eyes, since they have Diane’s number, even if they don’t know who has hers (as for a photo of Evil Coop at the scene of the penthouse murders just happening to show up now – I still think it’s a bit too neat if he’s calling the shots there too, as I was hoping for some other individual or element to be involved). And isn’t it lovely to see romance blossoming between Albert and Constance?

Janey-E: Dougie, do you find me attractive?

Which is also the case, in a significantly more one-sided sense, with Janey-E and Dougie-Coop. Carnality abounds at any rate, with Janey-E turning Coop into the rumpo kid. It’s another funny scene as, having marvelled over her husband’s newly taut body, and been completely ignored in favour of chocolate cake, she rides Coop, his arms flailing like a puppet on a string and looking duly cheery afterwards. Can you see Coop suddenly getting his marbles back at this point? Me neither. As for Janey-E becoming smitten with a mentally-challenged, non-responsive husband. Well, maybe she’s starting on the crazy pills. Or just very, very shallow.

Other vignettes: another marvellously splenetic rant from Jacobi, this time about big pharma (as Nadine looks on from the premises of cutely-named Run Silent, Run Drapes); Harry Dean Stanton playing the guitar; Gordon’s vision of a giant Laura at the door, reminding me of nothing so much as The Goodies’ Kitten Kong  (and his drawing of a, well, a reindeer anteater – a reineater? – being attacked by an elastic arm); and one of the Log Lady’s ever-cryptic calls to Hawk, warning of the glow that is dying and how the Truman brothers are among the good ones, and how he should “Watch and listen to the dream of time and space. It all comes out now, flowing like a river. Hawk, Laura is the one”. I was struck that Gordon is effectively filling in for the kind of experience absent-in-mind Coop ought to be having; is this the first example of the season improvising to cover for that state of affairs?

And Moby, at the Bang Bang Club, supporting Rebekah Del Rio in a song that sounds like it would have fitted right in 25 years ago; appropriate, as the Mobe-ster lifted the Laura Palmer’s Theme for his first big hit (Go). Of the two pop artists getting billing in fantasy shows this week (the other being Ed Sheerhan dressed as a soldier), this is by far the more elegant and unassuming one. From the man who used to play nob-touch, no less. 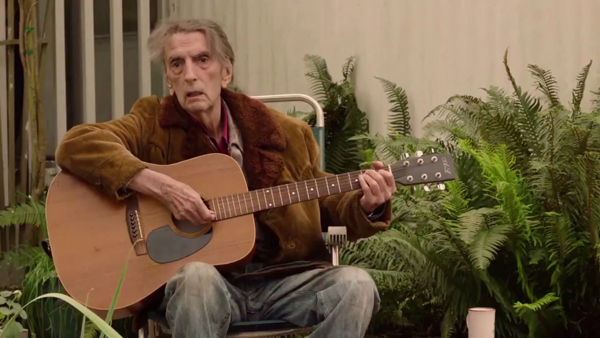 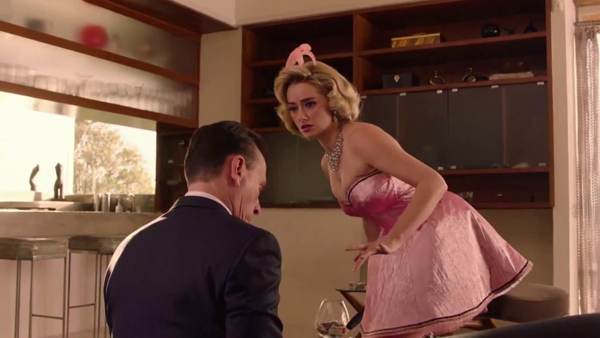 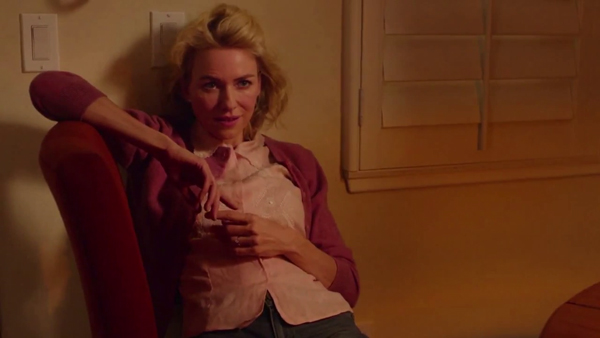 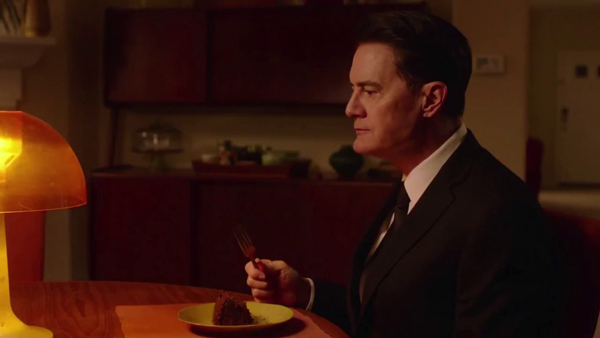 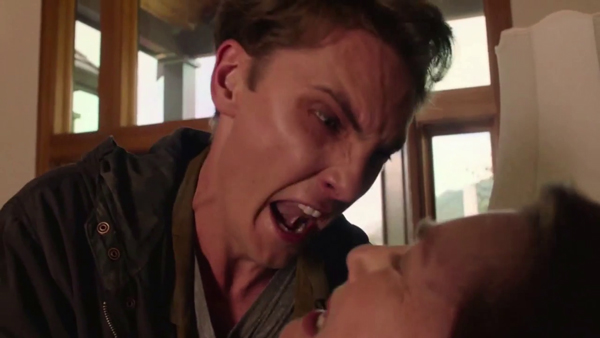 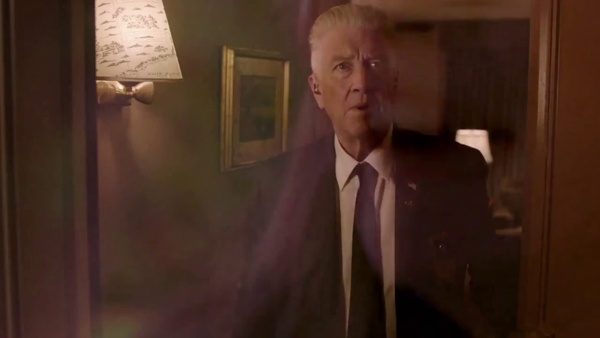