The head is missing… and… he’s the wrong age.

First things first: my suggestion that everyone’s favourite diminutive hitman, Ike “The Spike” Stadtler, had been hired by the Mitchum brothers was clearly erroneous in the extreme, although the logistics of how evil Coop had the contingency plan in place to off Lorraine and Dougie-Coop remains a little unclear right now. As is how he was banged up with the apparent foresight to have on hand ready blackmail tools to ensure the warden would get him out (and why did he wait so long about it, if he could do it off the bat?)

Launching right in with no preamble seems appropriate for his episode, since its chock-a-block with exposition and (linear) progression. Which makes for almost an icy blast of what settles for reality in Twin Peaks, after most of what has gone before this season, the odd arm-tree aside. Which might please James Dyer, who in the latest Empire “The Debate”, took the antagonistic stance to the show coming back and dismissed it as “gibbering nonsense” (of Lynch, “He’s like a self-published author, in need of a good edit but lost to self-indulgence”). It can be gibbering nonsense, lost to self-indulgence and great, of course.

Witness: Victim? Oh no, not that guy. He didn’t act like any victim. Douglas Jones, he moved like a cobra. All I saw was a blur.

I have to admit, what were seemingly random elements (the dog leg, gibbering nonsense regarding a “Mr Strawberry”) revealing themselves as fundamental to the plot threw me slightly, as I think I preferred them when they were surreal non-sequiturs.

It’s notable too, that 3.7’s standout sequence also includes the weirdest, most hitherto de rigueur bit in the episode: the aforementioned brain tree urging Coop to “Squeeze his hand off. Squeeze his hand off” – something nasty is left on the gun: part of his hand squeezed off by the look of it, peeled off by forensics – as Dale lays the smackdown/ double karate chop on wee Icke, whimpering pathetically (to add insult to injury to the poor petite psycho, whose assassination bid might not have been the best planned, albeit I guess he isn’t the subtlest of killers, we learn that “He smelled funny”).

Lynch really uses sound to ominous effect in this one; we’re aurally informed something is about to happen before we see it, and Dougie turning into action-Cooper (what’s the spur, to protect Janey-E? Or simply his reasserting FBI instincts?)

And how much praise is due Watts in the run up to this scene, as verbally dynamic as MacLachlan is introverted, sending the police packing and making it clear his boss will have to speak to him in the morning? Will a news report of Coop in action somehow be seen by someone who knows him? Maybe?

I’d previously mulled to myself the misfit of Major Briggs being too old to be the headless Major Briggs, so it’s gratifying this is identified as anomalous by Cynthia Knox (was he abducted by aliens, or Black Lodgers?). It’s almost as if crazy things are actually being introduced that have properly-worked-out whys and wherefores…

Diane has a strong showing, after last week’s cameo, given to drinking, smoking, and swearing at all-comers, most amusingly Tammy Preston (jealousy?) She’s also nursing secrets of her own, from Cole’s “and that’s enough said about that”, to the last time she and Coop saw each other.

It’s a cryptic scene – “I’ll always remember that night” – that left me wondering whether this was with real Coop – a love thing – or a stop-off of evil Coop; either would explain her wish not to see him again. Maybe an encounter with real Coop is more likely, as she would otherwise surely have noticed then what she notices now, that “That isn’t the Dale Cooper that I know. It isn’t time passing, or how he’s changed, or the way he looks. It’s something here, or something that definitely isn’t here”. At any rate, life has turned her into a booze hound, and she and Gordon will have a talk at some point.

I liked Gordon bringing in palmistry (“This is the spirit mound. The spirit finger. You think about that, Tammy”), the flipping done in prison to make Coop’s prints match representing an inverting of his essence, and immediately wondered if this was one of Lynch’s pet subjects (whistling evidently is).

The opening is one long stream of catch-up, touching on elements mentioned already, and in The Secret History of Twin Peaks. It’s the sort of material that you’d probably have expected a “straight” return to deal with about six episodes ago. So we have Hawk telling us what Annie told Laura in Fire Walk with Me (with an unfinessed but “Yeah, I guess that’ll work” explanation for just how the pages got there). There are more frankly bizarre phone calls to Harry –Lynch must think this is a great gag to play, one with no chance of a pay-off – and a call to Doc Hayward.

I hadn’t even realised Warren Frost was still alive at that point, and initially thought it might be a tricky voice match on the phone, before it switched to Skype. It’s interesting having these little cameos, like the Log Lady, the bits that make the return feel like more the straight reunion it might have been, rather than the bat-shit Lynchy journey most of it is. There’s no indication of what happened to Annie, but Audrey gets mentioned, and a nearly-Groucho Marx joke.

What else? More of Jerry in the woods (who stole his car? Richard maybe, since he dumped the poor sap’s he used to kill a kid in. The poor sap who isn’t going to be meeting Andy for a quiet chat). We see Ashley Judd’s Beverly again, apparently up for a liaison with Ben, who seems to be refraining from such carnality these days. Her hubby, Tom (Hugh Dillon), incapacitated in some way, clearly expects her to be up to no good.

The most interesting development in this plot strand is the strange sound in the Great Northern, which leads to – emanates from? Unless it has something to do with Josie – a discussion about Coop’s key that arrived in the mail that day. Although, Ben appears to be uninspired to go and tell anyone about it.

Apparently, the Renaults have owned the Bang Bang Bar for fifty years. This is the first episode without a band playing over the end credits; we’re instead, prior to this, treated to a snatch of jazz during an end-of-shift sweeping up (EDIT: Episode Five didn’t have a band, and One, which I saw in omnibus form, didn’t either).

The eeriest moment: when the charred-looking guy from the jail cell a few episodes back – presumably – is wandering the police station behind Knox. I was just glad he was too tall to be Ike. There seemed to be a concerted push in There’s a body all right to get plots moving on an intercept course, but who knows? We might be back at leisurely central again next week. 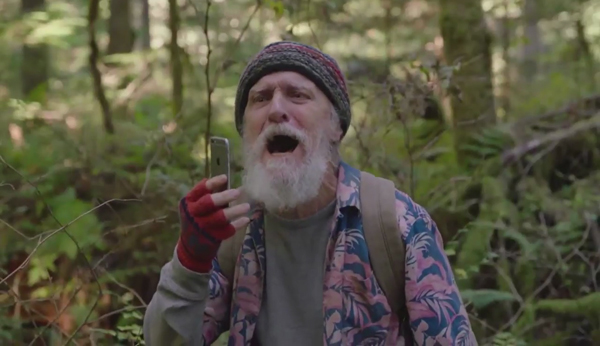 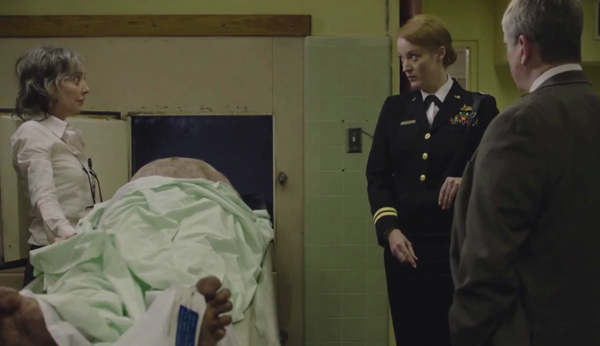 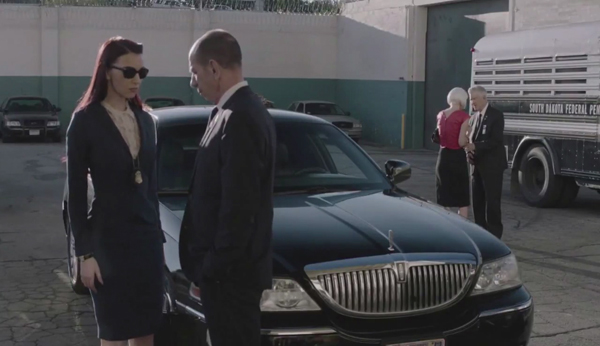 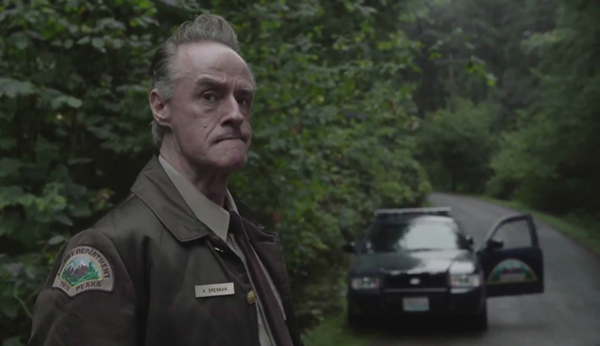 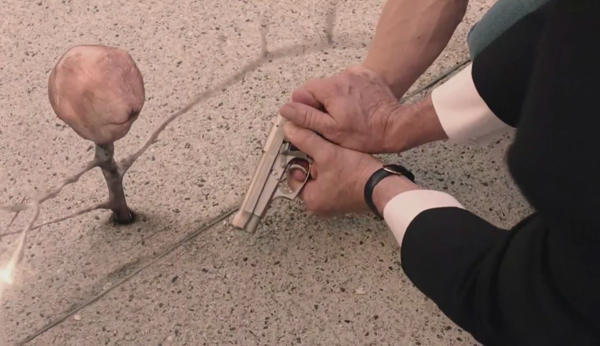 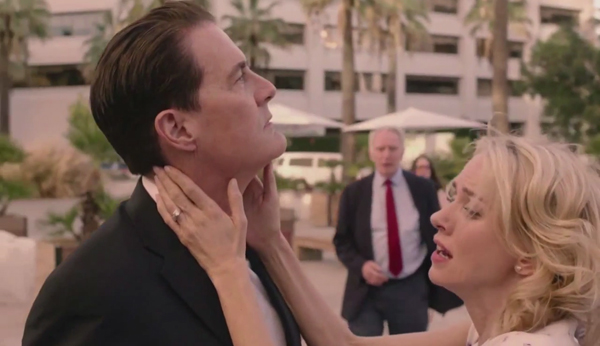