No, it’s not about the bunny.

If the first two episodes tend to the weird/dark, then the second couple are more in favour of the weird/light, once we get past the Eraserhead stuff with the girl in the radiator, I mean Naido (Nae), who is replaced by Teresa Palmer doppelganger American Girl (Phoebe Augustine). The proceedings come complete with staggered editing that’s enough to give you rolling vision and detached retinas, if you’re lucky, as we continue Cooper’s extended mission to return to the real world, or something approximating it.

American Girl: When you get there, you will already be here.

Some of this material is impenetrable and will surely remain so, as he and Naido go up to the roof, which is floating amid the stars, to connect circuitry that will allow Coop to journey back via the mains. She is thrown off, only for him now to encounter American Girl down below (“You better hurry. My mother’s coming”). The device(s) that sucks Cooper in alternately displays the numbers 3 and 15 on it (315 of the Great Northern being Cooper’s room number) and he sees an enormous face of Major Briggs floating by in the starscape, intoning “Blue rose” (as Briggs is essential to The Secret History of Twin Peaks, there’ll surely be more in respect of his investigations, Don S Davis’s shuffling off to Buffalo not withstanding).

It’s worth mentioning the quality of the effects at this point, as they’re often overtly rudimentary. Your mileage on this may vary, but it seems to me entirely in keeping with Lynch’s uncanny, altered imaginings; in many cases, they might be deemed laughable (as I noted in the review of the first two parts, some of them are very redolent of the intentionally scrappy, cartoonish work in On the Air), if it wasn’t that they’re in the service of content that’s played straight for its strangeness, and thus merely underscores that sense.

Phillip Gerard: Someone manufactured you for a purpose but I think now that’s been fulfilled.

The Evil Cooper plotline doesn’t (yet) in any way follow the trajectory we might have expected, as a further Coop doppelganger, Dougie, is introduced, only to promptly throw up (as has Evil Cooper) and be sucked into the Black Lodge. All the vomit – I want to call it garmonbozia, but I don’t recall mention of it smelling bad; perhaps it does when it’s regurgitated – needs is Wild at Heart’s flies to be truly repulsive (“There is something bad in this vehicle” warns a trooper at Evil Cooper’s crash site).

How Evil Cooper fashioned Dougie is anyone’s guess (although the latter appears to reduce to a ball bearing), but the chance for MacLachlan to play up is a riot, first as passive idiot man-child Dougie (I’m relieved we don’t have to suffer his and Noami Watts’ home life), and then as Rain Man Cooper, disorientated in the face of the real world once more when he takes Dougie’s place and, Leo-like, is given new shoes.

I was completely on board with Lynch in full whack-job mode here, from Coop bending down in the car at just the right moment, such that Dougie’s assassin doesn’t see him, to his visit to the casino, where he sees glowing signs inviting him to win at each successive slot machine; he’s entirely bewildered, not paying any heed to the money, and exclaiming “He-llo!” each time, because that’s what the man he first observed playing shouted.

Hawk: If it’s not here, then how do you know it’s missing?
Lucy: But if it is here, then it isn’t missing?
Andy: This is here.
Hawk: Something is missing and I need to find it.

The scenes between an exasperated Hawk and exasperating Andy and Lucy are every bit as enjoyable; having retrieved the Laura Palmer file, they don’t know where to start. Other than the Log Lady’s advice about Hawk’s heritage.

This surreal conversation reaches its apex when Lucy reveals she ate some evidence (a chocolate bunny) and wonders if this could have been what was missing. “Do you use chocolate as a remedy for gas?” she asks Hawk of Native-American medicine:

And finally, we’re reintroduced to FBI Deputy Director Gordon Cole (Lynch) and FBI Agent Albert Rosenfeld (Miguel Ferrer). And introduced to FBI Agent Tamara Preston (annotator of The Secret History of Twin Peaks). Chrysta Bell’s performance is as odd and strangely emphatic as you’d expect from a Lynch lady (even more offbeat than early Audrey Horne). Lynch, meanwhile, is giving a markedly more graded showing than he was in the original run, while I initially thought Ferrer, who unsurprisingly doesn’t look at all well, wasn’t up to it at all, but thankfully 3.4 indicated otherwise.

But they’re finding their rhythms here; by the following episode – I hasten to add, I don’t know how much of this was filmed sequentially, so I may be talking arse – they’re on a roll. And I love the little touches, like a huge poster of an atom-bomb cloud behind Cole’s desk. There’s very definitely a ramshackle, undisciplined quality to this third season, but honestly, I wouldn’t have it any other way. 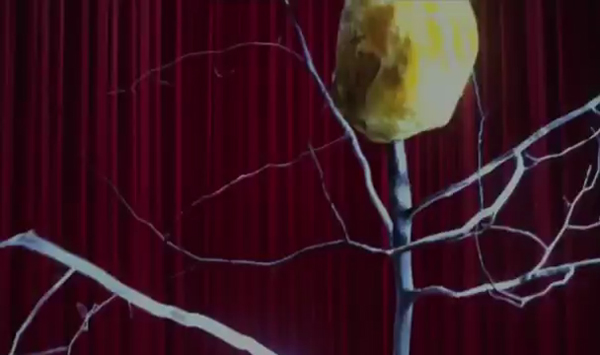 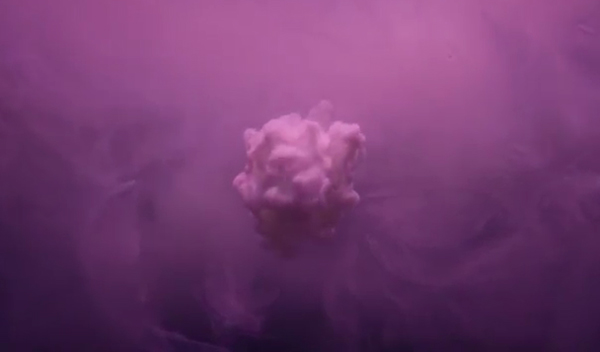 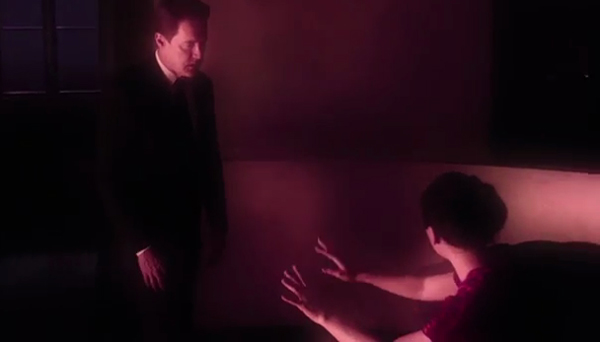 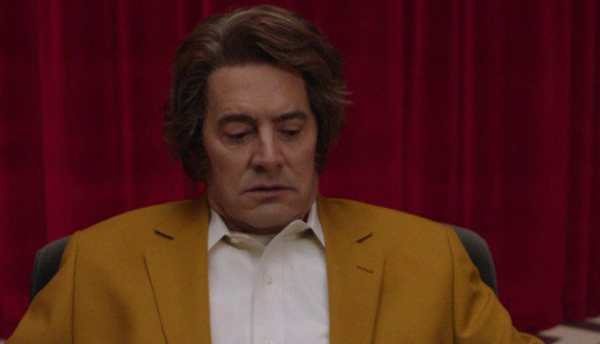