I wish I had a daughter. I wonder what the procedure is?

Jeeves and Wooster
2.6: Jeeves the Matchmaker
aka Wooster with a Wife

A veritable smorgasbord of short stories went into the season finale, and it just about emerges as a congealed piece of work, thanks in large part to the ever-reliable Robert Daws’ performance as the ever-enraged Tuppy Glossop. It’s more successful and fuller of incident than 2.3, which also utilised stories from Carry On, Jeeves and Very Good, Jeeves, although this one has additionally rummaged through The Inimitable Jeeves.

Bertie Wooster: I wish I had a daughter. I wonder what the procedure is?
Jeeves: Marriage is, I believe sir, the preliminary step for those willing to undergo its rigours.

The episode construes to revolve around Bertie’s blithe desire for parentage, much to Jeeves’ consternation, after realising his life is tired and empty. As such, the most eventful passage finds him speaking at a girls’ school and incurring the disapproval of headmistress Miss Mapleton (the distinctively featured Janet Henfrey, who played Miss Hardaker in Doctor Who’s The Curse of Fenric a couple of years earlier and more recently Mrs Pitt in nu-Who’s Mummy on the Orient Express; she was also a teacher in The Singing Detective). Specifically, at his inappropriate choice of message and anecdote.

This part of the episode is adapted from the final story in Carry On, Jeeves, Bertie Changes His Mind, singular for being the only occasion where Jeeves himself narrates events, and in a decidedly more jocular and informal manner than we’re used to (one might almost think it was the natural Wodehouse-ian first-person style…)

So, we have the desire for Bertie to adopt a kid from that story, and the necessity of a lesson in how inadvisable that is. But the kid herself, Clementia, Bobbie Wickham’s niece, is lifted from another short story, as is the means of getting her back into her school establishment. Namely, Jeeves and the Kid Clementia from Very Good, Jeeves. The stitching of the two tales is actually relatively seamless, with Bertie becoming embroiled with the ever-dozy plod (Alex Leppard) and Jeeves volunteering his master to give the aforementioned school talk on account of his being “a renowned orator on a tour of the home counties”.

Bertie Wooster: Am I wrong in think that all little girls are hard-bitten thugs of the worst description?

The talk is particularly amusing, even if it can’t reach the heights of Gussie’s sozzled prize giving at the end of the previous season. During its course, the girls all make faces at a baffled Bertie when Miss Mapleton isn’t looking, and burst into uproarious laughter when he begins a tale “It seems, that there was this chorus girl…” This, having already recounted how he made a lot of money betting on being able to see the time on an obscure clock tower. If there’s a weakness in this section, it’s that Niamh Cusack never really makes a mark as Bobbie Wickham (“chock full to the brim with fizz and ginger”). At least, not as much as Nina Botting in the first season.

There isn’t much in the way of adhesive applied to the other two subplots, in which Tuppy is wooing his latest prize, Daisy Dalgleish (Katherine McQueen), a largish, corn-fed girl, “typical Tuppy fodder”. The only obvious link is Bertie and Jeeves comporting a large Irish wolf hound with them for much of the proceedings, unable to procure the Irish water spaniel Tuppy wants to give Daisy. It’s a shaggy prop that leads to several amusing lines (“Do you think Patrick would be sick if we give him some ice-cream?” asks Clementia. “Yes” replies Bertie decisively. “Can’t you spend an evening with an improving dog?” asks Bertie, when Jeeves says it is his night off, and he wishes to read an improving book rather than dog sit).

Tuppy: Daisy was rather keen that I help Upper Bleaching out.
Bertie Wooster: So you’ll be playing for Hockley.</em
Tuppy: Very funny.

The Ordeal of Young Tuppy, also from Very Good, Jeeves, recounts his involvement in a village rugger match, albeit the wolfhound doesn’t make an appearance there. The attempts to disrupt his yen for Daisy come at the behest of Aunt Agatha (in the interests of Angela, whose hat Tuppy has insulted: “All I said was that it made her look like a raccoon peering out from underneath a flowerpot. Which it did”). Nevertheless, the manner in which events pan out is much the same (Tuppy’s broken leg excepted). This is a rare instance of Tuppy, despite things turning pear-shaped, having a triumph of sorts, as he gets into the spirit of the very violent game and actually scores (the first time since 1883).

Jeeves: Mr Little’s tie. It has little horseshoes on it. It is sometimes difficult to shrug these things off, sir.

Which leads to the first two chapters of The Inimitable Jeeves being utilised, fairly accurately but somewhat disappointingly, as there’ll be a two-year gap before the Rosie M Banks saga begun here reaches its conclusion.

Bingo (the reliably returning Michael Siberry) has fallen for waitress Mabel (Charlotte Avery), but needs his uncle’s blessing to propose. To which end, Jeeves suggests he reads him Rosie M Banks novels, which “make light, attractive reading” (Only a Factory Girl was voted one of the hundred best Random House novels by Wodehouse fan wags, until the compilers got wise). En route, Bingo persuades Bertie to pose as the author (“I said Rosie M Banks was your pen name”) and is required to speculate on the number of words on a page over dinner. Lord Bittlesham’s (Geoffrey Toone) heart melts at Bingo’s readings, and he proposes to his cook, class divide be damned.

The most shocking reveal of this story is what a sly dog Jeeves is; he’s been conducting an affair with Lord Bittlesham’s cook, with whom he is quite happy to sever ties in favour of the very waitress Bingo had his eye on. One might suggest he’s not only devious but a little underhand, since he moves straight in on the girl.

Of course, Bertie ends up unencumbered, except for “another small whisky and soda”. Season Two might be the most satisfying season of the series overall. At any rate, the next suffers from spending half its time “in New York”, complete with broad versions of accents and limited sets (the elevator gets a frequent outing). Jeeves and Wooster is on firmer ground when it gets back to home shores. 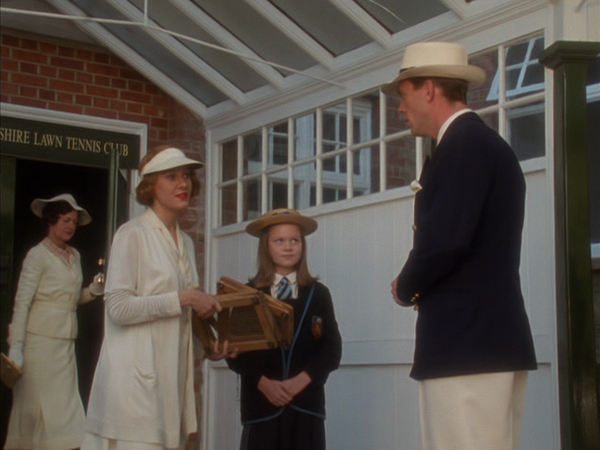 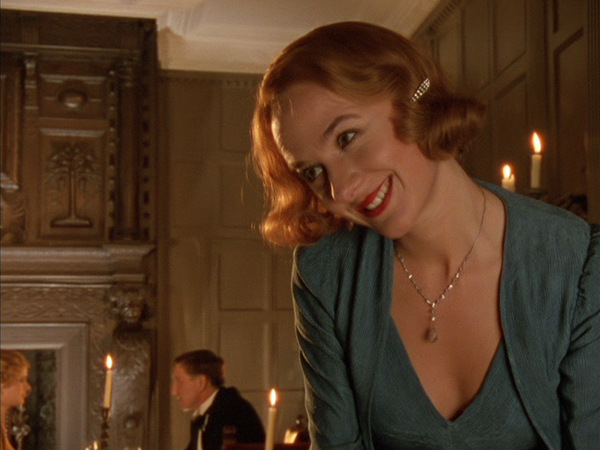 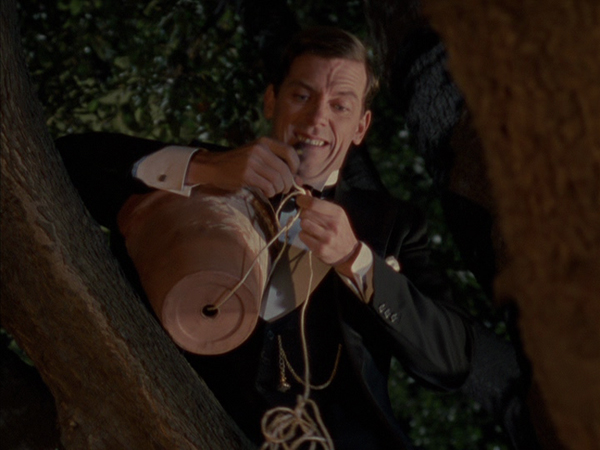 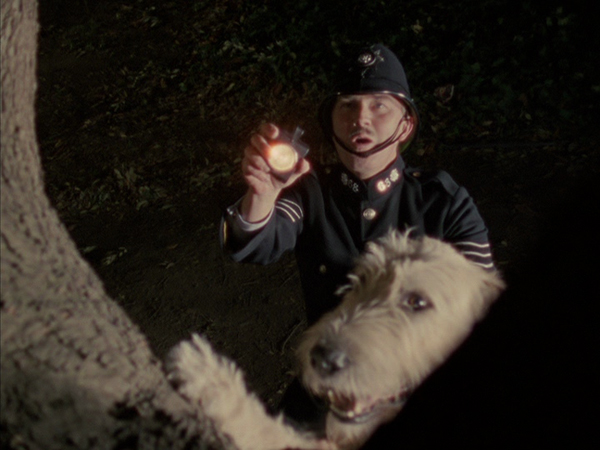 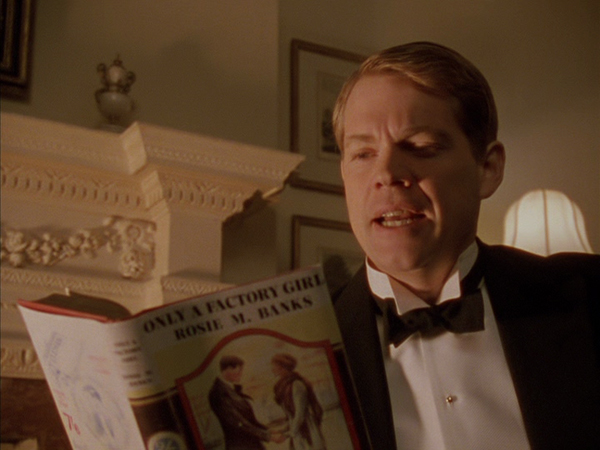 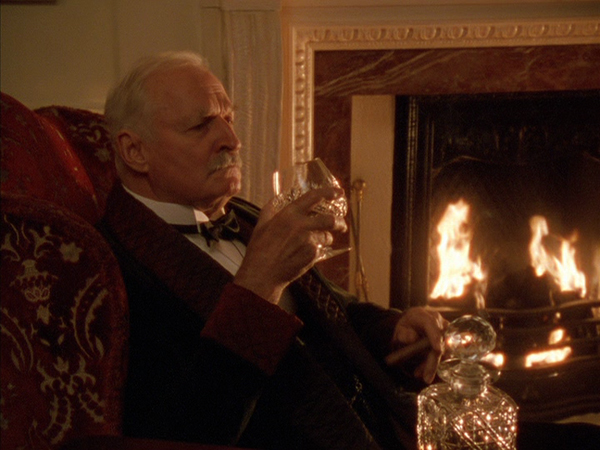 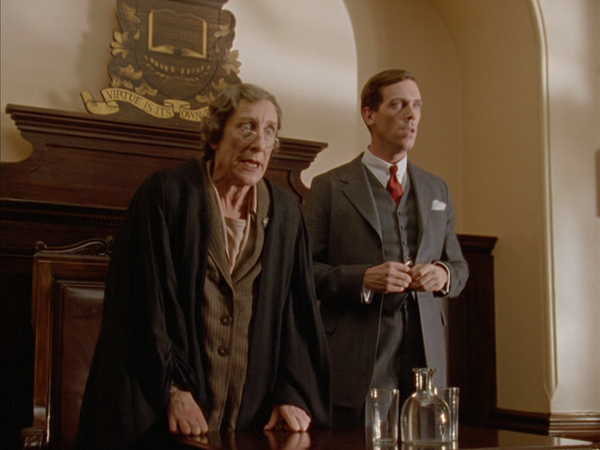 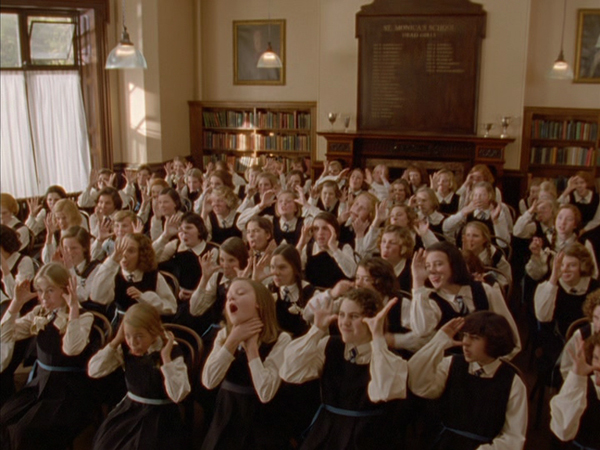 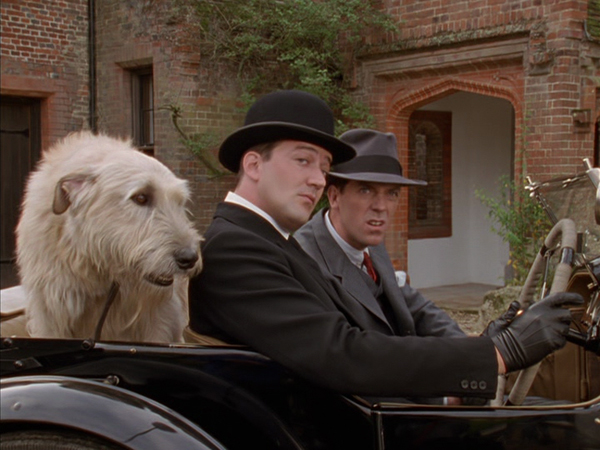 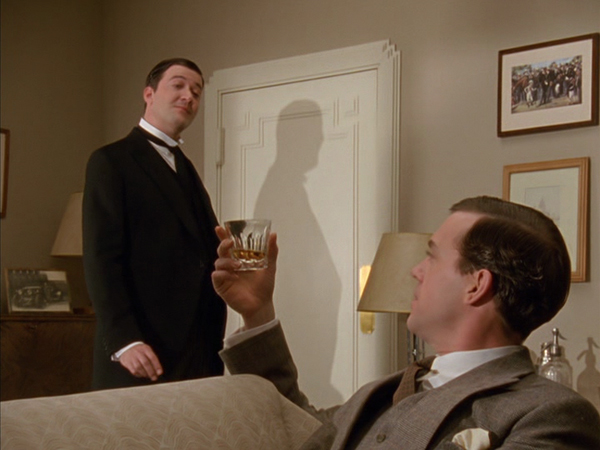