What is this, the Titanic? Screw the women and children first shit, man.

The brutal evidence, if any were needed, that Fox had no interest in the quality of its franchise(s), let alone admiring their purity. There’s almost (I stress almost) something berserkly admirable about Alien vs. Predator: Requiem’s flagrant disregard for anything and everything that set the primary series apart or made it distinctive. You might, at a stretch, argue this is a not bad Predator movie, in that it gives Wolf – not the Gladiator, alas; informally named after the Pulp Fiction character Harvey Keitel has since trodden into the dirt and repeatedly stamped on in a series of whorish adverts – motivation and everything, but that’s really doing it too much credit: AVPR is simply a bad movie.

I hadn’t seen this since its release, when I was marginally more charitable to its appetite for transgressive behaviour. And, to give it its backhanded due, in the establishing sections, the marriage of never-destined-to-meet genre subplots is at least bizarrely arresting; I doubt anyone ever thought they’d see a teen bullying/romance storyline vying for attention with xenomorphs. And, which is more of a reflection on AVP than an endorsement of Requiem, the characters are generally more engaging than they were in the PWSA movie. But still…

Shane Salerno, as well as working on AVP, has a number of cinematically antisocial credits to his name, including the Shaft remake and Ghostrider. Who knows, perhaps he’s just gotten unlucky, and his name being attached to Avatar 4, the Fantastic Voyage remake and Frankie Machine is a sign of a writer with untapped potential.

As far as I can tell, though, Salerno has to cop the blame for Requiem, since the Strausse brothers came in after the fact, despite having pitched an idea for the original AVP. Yes… the Strausse brothers, Colin and Greg, effects guys who made the leap to feature directing with this (their résumé previously included a Nickelback video) and subsequently made the flat-out dreadful Skyline. Which, if nothing else, which it wasn’t, was an ad for their effects work; they haven’t returned to calling the shots since, but still keep very busy with the old visuals.

That knowledge might have come in too handy for Requiem, as half the time it’s nigh-on impossible to understand what’s going on in any given sequence. Sure, you want to light something to the advantage of the creatures, to make them as effective as possible, but you don’t want to rob the audience of any investment in the proceeds through abject blindness. Although, in the case of the star attraction, the “Predalien” – I mean, really; it’s telling that it was originally killed off in the first scene but execs were so impressed by it, they opted to retain the prime antagonist throughout – that might not have been such a bad idea, since it’s a dumb concept rendered in a manner that makes it entirely devoid of essential alien-ness. When two familiar characters are conjoined, they become part of the furniture.

Occasionally, the incongruity of dumping this universe in present day Colorado has a payoff, be it a face hugger in a woodland setting or an alien in a swimming pool, but mostly it has the effect of diminishing the whole deal. Salerno does exactly what PWSA, in his relative wisdom, expressly eschewed, and dives into a scenario that conflicts with the entire basis of the alien-verse.

In this version, Predators and xenomorphs have been known about, have been identified, for more than 100 years at the point of Alien, and there’s nothing mysterious or exciting about them. There’s even rather tired Terminator 2-ing, where we see Ms Yutani with the Predator gun as a spur to scientific advancement (as mythology goes, we also glimpse the Predator homeworld, but I doubt it elicited much pant-wetting, even from diehards).

As did PWSA, Salerno and the Strausses, impatient and desirous to cut to the chase, also fiddle with the life cycle of the alien. The Predalian – I don’t want to think the word, let alone use it, but I can’t help myself – queen can implant alien embryos directly, ones that chew their way out of their host’s abdomen. In this case, indicative of an almost petulant, wilful indulgence in the worst taste possible (perhaps nursing the delusion it will redeem the franchise of the PG-13 thrills of the previous instalment), the queen impregnates a pregnant woman in a hospital bed while other pregnant patients scream on in understandable terror.

We also see the Predalien eyeing up an entire maternity ward full of babies; presumably, it was felt showing the slaughter might be a step too far, even for a movie that, in one of the initial scenes, shows not only a face hugger leaping onto a small boy, but then also has him wake up, observe an alien erupt from his father’s chest, and then suffer the indignity of one bursting from his. Bad taste doesn’t even begin to sum up the Strausse brothers’ approach.

Nevertheless, before AVPR becomes a generic aliens run around – when it’s a small-town movie you’ve seen a million times before but aliens and predators pop in and out periodically – there are some effectively dark moments riffing on old concepts. “It’s outside the window… the monster” Reiko’s daughter announces; her parents reassure her it’s nonsense… before a xenomorph breaks in and kills daddy (True Blood’s Sam Trammell). And the young lead’s just-about girlfriend (Kristen Hager) gets offed by an alien, when she’d normally be a shoe-in to make it to the final reel (I guess she’s a bit too loose, trope-wise).

I’d like to say, with better directors and a better script, this could have worked, but really, it’s the mere relocation that does the xenomorph ill. It’s oddball to throw it in an arena where we would normally see Jason or Freddy – indeed, in this scenario, the Predator is the blundering axe-wielding Voorhees while the xenomorph is the violating, sexually invasive Kruger – but that doesn’t make it intriguing, or something worthwhile. At points, it’s a bit like watching Gremlins without the laughs, satire, or any kind of narrative acumen.

Besides the Predalien, I don’t have anything really negative to say about the design work. And I quite like the idea of a Predator cop, like Columbo with dreads, although in practice he’s more Victor the Cleaner (Mr Wolf being an obvious Tarantino steal from Luc Besson). This suggesting some kind of space non-interference treaty by which the Predators must abide (dubiously – either that or Wolf is incredibly anal). But he still seems to spend much of the proceedings doing things that aren’t at all smart, drawing attention to his movements (hanging up skinned bodies) as much as he covers his tracks. And then there’s the absurd moment when the Predalien waits around for Wolf to remove his helmet before they square off.

Ultimately, Wolf has no more character rigour than any of the humans, but that’s still more than AVP gave us. Casting wise, I do quite like 24-vet Reiko Aylesworth as a squaddie. She’s as underwritten as anything in AVP (required to rekindle her maternal relationship with a tot, is right when the authorities are wrong, and even manages to have a laugh with studly Steven Pasquale at the end, so her hubby can’t have been all that important, and that’s about it).

Pasquale, Johnny Lewis (of Sons of Anarchy, who had a particularly troubled life and end) and John Ortiz (never a big fan, but he’s reasonably well cast here as a wavering cop) all make an impression, which is to their credit, rather than Salerno’s. It has been suggested the likes of Arnie and Danny Glover and Bill Paxton were all lined up for cameos, so fortunate for them that schedules didn’t permit (or that’s what they told the makers, at any rate). And no, “Get to the chopper!” isn’t cute.

It probably seems like splitting hairs to compare and contrast AVPR and AVP quality-wise, but at least with the former, there’s a sense that it’s trying to come up with a ruse to make its setting work. You can blame it for leading into this, but the makers could just have chosen to have the Predator ship crash on the Moon. Or Mars.

Alien vs. Predator: Requiem is a rotten idea for a movie, shot through with tonal and conceptual dissonance, but it isn’t actually a chore to watch for most of its brief running time: only really when the Strausses decide to shroud the action in darkness. They evidently much prefer the Predators to the aliens too, since aside from the odd moment, this is probably the xenomorphs’ least impressive appearance in terms of general disposish. The only real surprise is that it would take only three and five years respectively for the franchises to come out to play again. The fortunate side effect of a movie hardly anyone wanted to see and those who did deigned to forget. 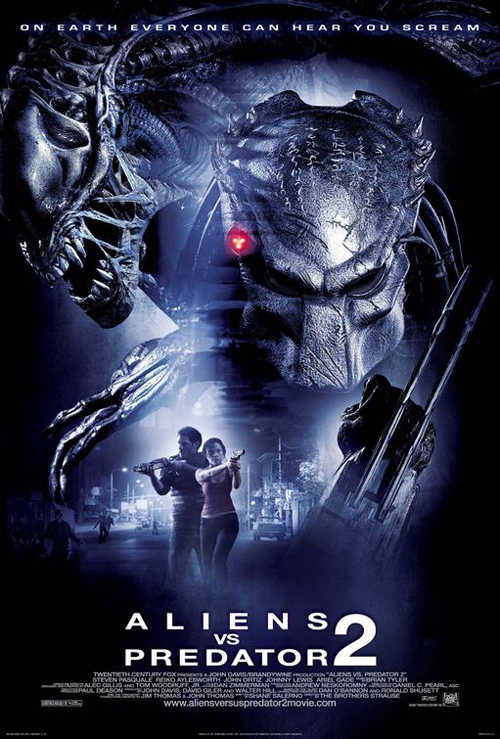 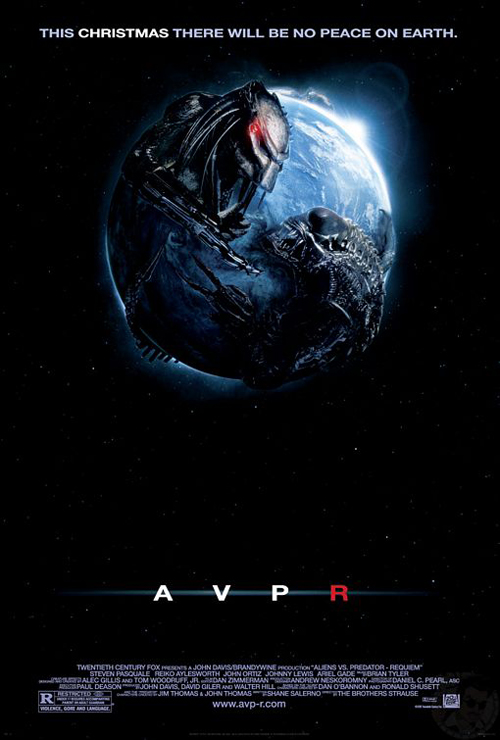