I, er, wanted to meet interesting and stimulating people of an ancient culture, and kill them.

If there’s a problem with appreciating the oeuvre of Stanley Kubrick, it’s that the true zealots will claim every single one of his pictures as a goddam masterpiece (well, maybe not Killer’s Kiss). I can’t quite get behind that. Every single one may be meticulously crafted, but there are rocky patches and suspect decisions made in at least a handful of them. Full Metal Jacket is something of a masterpiece when set against the other Nam flick released in a similar time frame, certainly. Or rather, its first half is. The first half of Full Metal Jacket can stand proud against anything Kubrick ever did. The second half… less so.

One thing that ought to be very evident up front is that Full Metal Jacket is not an anti-war movie, or one with any beef with violence generally. No film featuring as many lovingly rehearsed slow-motion deaths could be. No film in which the cathartic closure of the first (of two) act is the well-earned demise of a professional bully and aggressor could be. Besides, Kubrick already made his anti-war film, three decades earlier, and he’d have been a tad hypocritical to renege on his fascination with violence, given the cause célèbre of A Clockwork Orange, even if he did recant somewhat on the extremes he believed he’d gone to there.

What Full Metal Jacket is, is an at times brilliant study of the dehumanisation of war, and by extension the brainwashing that occurs in any oppressive system. Its accompanying drawback is that all the first-rate work in this regard is in service of the preparation for warfare, and once battle has commenced the conclusions are a fait accompli; much of what transpires could be relocated to or from any other war picture, give or take the craftsmanship on display. “How can you shoot women and children?” is a question that shouldn’t need asking.

Hartman: Those individuals showed what one motivated marine and his rifle can do.

If you want to follow the line of Kubrick exposing the machinations of the Illuminati, of course, a popular sub-sect of interest in the multiplicity of meanings his films may or may not contain, then Full Metal Jacket can be seen as his take on MKUltra-style brainwashing (an extension of A Clockwork Orange in that regard; Jacket is as broad, heightened, cartoonish even, in characterisation as that picture), except that, rather than programming a victim unaware, Private Pyle (Vincent D’Onofrio) is conscious, even embracing previous purveyors of destruction Lee Harvey Oswald (there’s self-evidently intended irony here, since the sheer difficulty of the task at hand is the crutch of the flaw with the official story) and Charles Whitman. R Lee Ermy’s Gunnery Sergeant Hartman even states, mockingly but entirely seriously, that they were great marines because the abilities they learned enabled them to expertly commit their atrocities.

Is the closing refrain of the Mickey Mouse Club song a reference to the purported programming that occurs in the innocents recruited to the Disney empire, as some adherents of Kubrick conspiracy lore would have it? Certainly, post-Eyes Wide Shut, the floodgates opened to retrospectively arriving at new, ever-more intricate readings of the director’s texts, matching their architects’ eye for minutiae; more basically, Mickey Mouse simply represents America’s misplaced sense of divine right over the world.

Such conspiratorial trains of thought may lead to some tenuous connections. One thing I can’t unsee in the picture now is Kubrick’s decision to film entirely in the UK. From basic training exercises along picturesque, rural roads (when the recruits run in slow motion in one sequence, the end credits to Dad’s Army all-but swim into view), to the London Docklands standing in for Hué, the director’s reluctance to fly or otherwise depart his adopted home country in the service of his art leads to a curious gaping hole in his perfectionism.

The weather just isn’t right, and the scenery sufficiently off that no number of imported palm trees can simulate the desired effect. All of which means the attestations that Kubrick was expressly intending to depict not Vietnam but rather the US Middle Eastern wars to come are a little rich. Yeah, it was pure providence that enabled him to make a Vietnam film that wasn’t really a Vietnam film that coincidentally only required the set to be an hour from home.

Admittedly, the location is largely irrelevant for the basic training section of the picture, the oppressive intensity of which allows little time for stray reflection on the surroundings. If that section is gymnastically taut, the second half is akin to slowly letting the air out of a balloon by comparison. And the opening is also blessed with three sterling performances, only one of which continues into the second half (Arliss Howard is also very good, in a subdued way, as Private Cowboy, but not nearly as significant in importance).

The film arguably secured acting careers for two of these three, and defined the career of the other; for all, it would be something impossible to equal. Ermy, the actual ex-drill sergeant putting the actors through their paces, who snagged the role through persistence and creativity with his improvised dialogue (my favourite is always “Are you about to call me an asshole?”), is a blistering powder keg of raw energy. He had to repeat all those verbally splenetic takes multiple times to his master’s satisfaction, making the achievement even more impressive.

Vincent D’Onofrio, empty-headed, slack-jawed and vacant of stare, who had to put on all that weight and never entirely lost it again, states outright that he owes his career to Kubrick, and that “I’m an actor, and I know how to take apart an M16 and put it back together blindfold”; perhaps the only aspect of Private Pyle’s trajectory that fails to entirely convince is the convenience of him being found to be really good at something (using a rifle) and that his descent into madness occurs as he is being commended for his new-found military discipline (although, this is arguably the point dramatically – it means he snaps when it is least expected).

Then there’s Modine, whose natural wit has only rarely been tapped so effectively (Married to the Mob, offhand) and who seems wasted when he pops up in straight roles (The Dark Knight Rises). The dichotomy of Private Joker, who resists losing his humanity by keeping his sense of humour and of the absurd in check – he immediately gets into trouble with his drill instructor for making a gag at the latter’s expense – but who is also identified as not having been subjected to the religious brainwashing of his peer group (“Private Joker, do you believe in the Virgin Mary?” – “Sir, no, sir!”). Which may be why he has an extra layer of humanity to see him through the battlefield. After all, Hartman, and thus Kubrick/Michael Herr, adopt a fiercely cynical discourse on religion as it relates to justifying killing and conflict (“God has a hard-on for marines, because we kill everything we see. He plays his games, we play ours. To show our appreciation, we keep heaven packed with fresh souls”).

Joker’s thematic journey is writ large, that he is actively aware of the balance he needs to maintain to survive, of the ying-yang that contrasts his peace symbol with Born to Kill plastered across his helmet (“How’s it going to look if you get killed wearing a peace symbol?” he is asked by a distractingly youthful John Terry, of Lost). But Joker can only persevere so much with barbaric tests and tribulations; he counters Hartman’s treatment of Pyle with understanding and patience, but ultimately caves in to the pressures of the system and its standards of brutalisation.

Nevertheless, he mocks the army’s casual propaganda machine (instructed of an article to “Rewrite it, give it a kill” he responds with “How about a general?”) and America’s motives for becoming involved in the country’s affairs (“I, er, wanted to meet interesting and stimulating people of an ancient culture, and kill them”), and passes the final test when others seek conformity; he kills an enemy, something he has not yet done, but as an act of compassion rather than machismo.

The “Fucking hardcore” response of Joker’s peers illustrates a wilful lack of comprehension of why he did what he did, for that too would invite compassion on their parts; it’s notable that Rafterman (Kevin Major Howard), whom Joker has chaperoned, responds to shooting the girl, in itself undermining preconditioning of the glory of righteous warfare, as if it’s something to warrant elation, a prescribed response to how his first kill should be. Representing the naïve believer (almost passé even, at this point in Nam movies), he needs to wise up to reality (“Freedom? You think we waste gooks for freedom? This is a slaughter”); he remains brainwashed still. Adam Baldwin, in contrast, playing himself as Animal Mother, a creature of instinct, has no humanity left to lose (“I am become death”).

Does that make the Mickey Mouse song an indicator of Joker going with the flow, retiring from a pro-active position? Or perhaps it merely suggests that he continues to embrace the dichotomy. At one point, Harman, asserts that “The marine corps does not want robots. The marine corps wants killers”. Really, they want killer robots.

Of the feature’s first section, Pauline Kael, in typically withering fashion, commented “The moviemaking suggests a blunt instrument grinding into your skull. This can easily be taken for the work of a master director”. I don’t think there’s any mistaking the skill exhibited there for anything other than the work of a master director, but there’s a feeling that persists, between this and The Shining, that Kubrick’s grasp of more overtly populist material doesn’t quite have the same virtuosity overall that he had exhibited hitherto. He failed to make a war film that reverberated as Apocalypse Now did, for example. He was on a relative back foot.

On the other hand, Abigail Mead’s score is a masterfully unsettling ambient nightmare (Mead is wife Vivian Kubrick, in a rare case of her husband utilising non-classically sourced music – the rest is made up of period hits, including Paint it Black, which would also become the theme of dire late-night Nam TV fodder Tour of Duty, beginning the same year).

It’s this, in particular, that informs the drained London setting of the final half, giving it a haunting, otherworldly dread and lifting Full Metal Jacket, carrying it even, until the final sniper confrontation restores momentum and focus. Of course, there’s also the little fact that even a Kubrick picture that isn’t a goddamn masterpiece stands head and shoulders, and a foot or two more besides, above the very best efforts of most of other filmmakers. 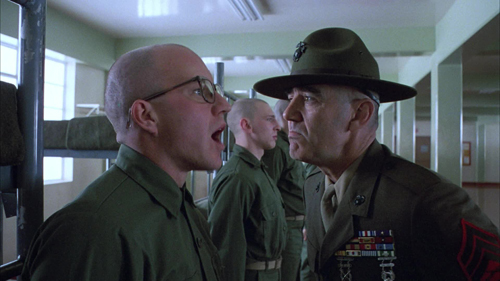 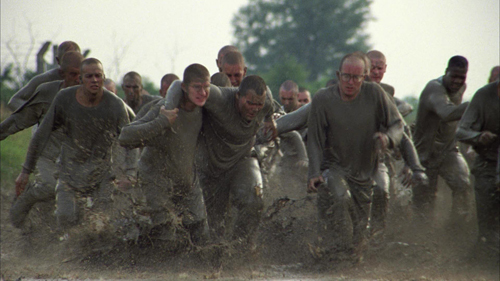 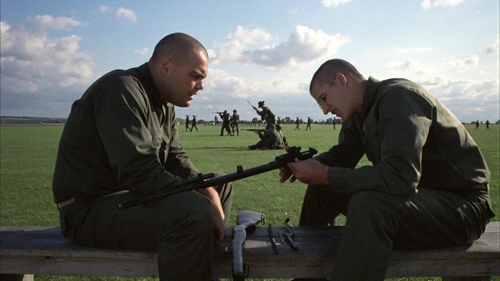 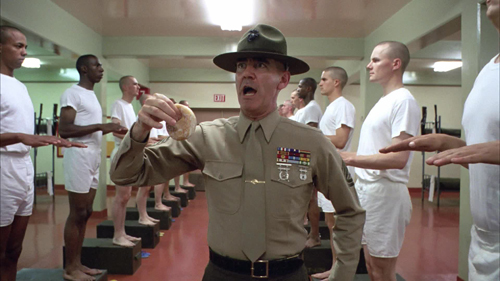 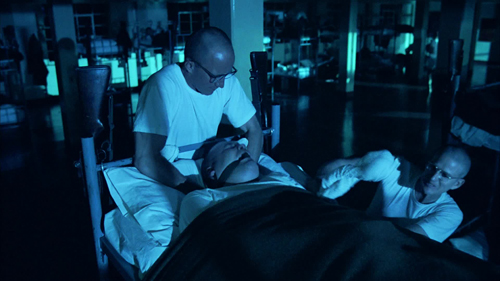 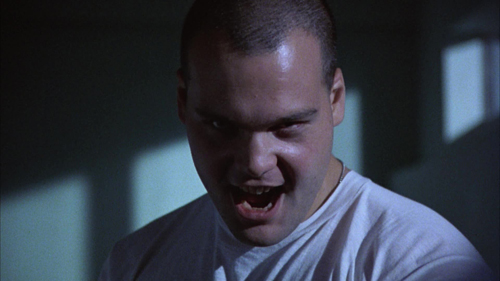 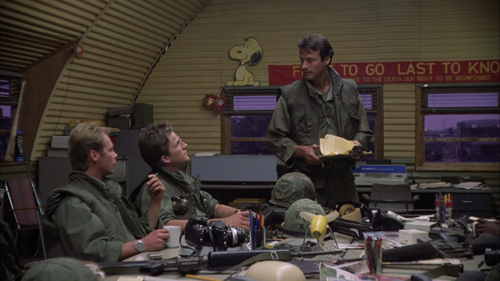 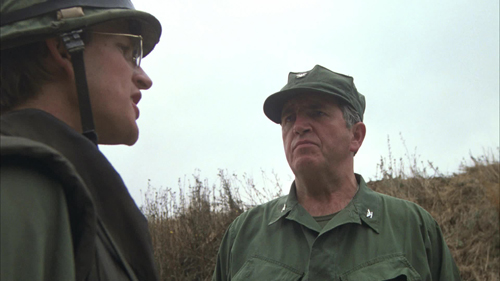 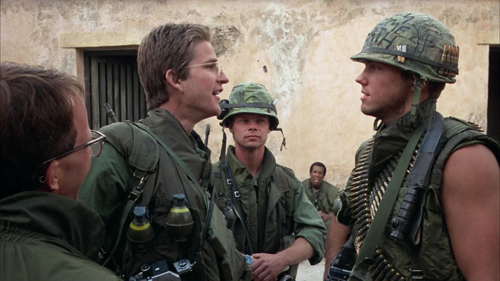 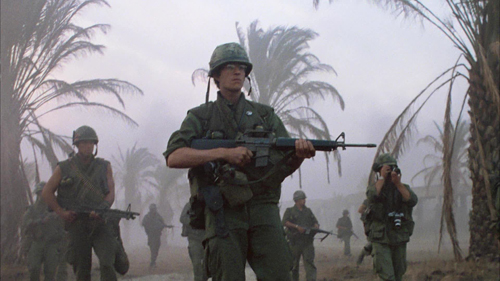 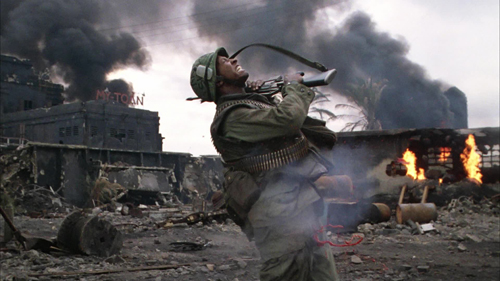 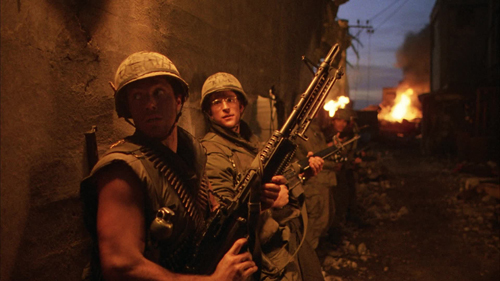 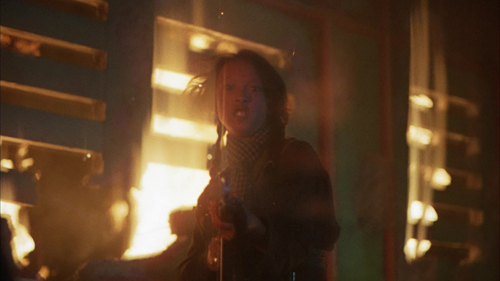 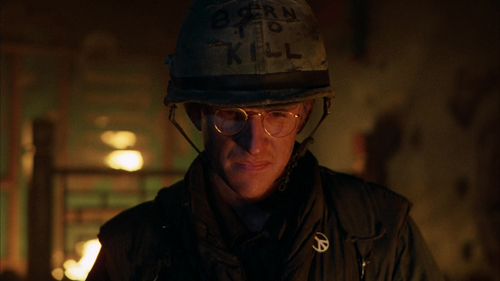 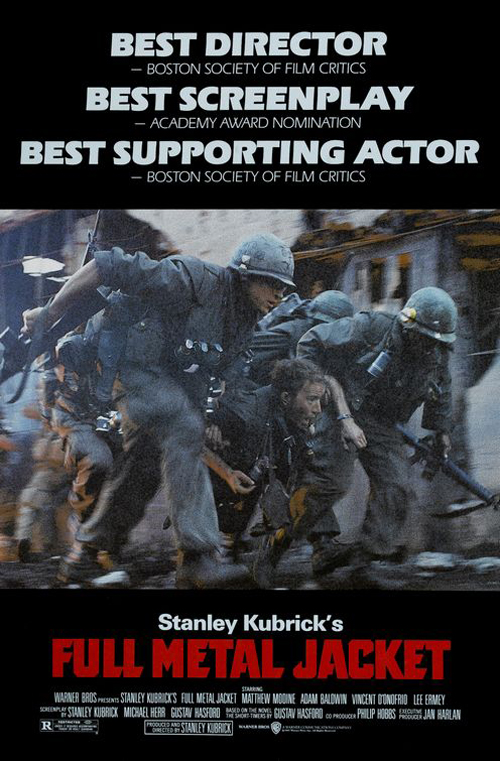 Below is the trailer I remember, which ended with Surfin’ Bird (unfortunately this version’s in German, but it’s worth a look for the last thirty seconds):