No, I haven’t killed anyone all week.

The Avengers
3.24: The Charmers

Steed’s identification as the perfect gentleman has been a gradual process for the show, although it may now seem it was never anything but. Signposts on the way include the in-awe butler of The Gilded Cage, but The Charmers fashions probably his most legendary representation to this point, in a Brian Clemens script, as he visits a charm school for killers and is instantly recognised as the peak of the proper.

This is also Warren Mitchell’s second appearance, as Russian boss Keller. His very broad appearances as Brodny would be forthcoming, something of The Avengers equivalent of Harry Mudd, and a similarly acquired taste. Here he’s less in the spotlight and more effective for it, as Keller and Steed nominally join forces to discover who has been tapping Russian agents (initially, he thought Steed was at it, but “No, I haven’t killed anyone all week”).

Keller’s entirely duplicitous while Steed is straight up, however (those dirty Russkies!) Mrs Gale is sent to work with Keller man Martin (John Barcoft) to find what is going on, but the latter is killed at the dentist (this is one of those where the presence of the dentist is rather irrelevant, but at least, unlike Trojan Horse, the whole thing is so absurd that it doesn’t really matter). Meanwhile, Steed is teamed not with a Russian agent but actress Kim Lawrence (the Blue Queen and Carry on… screamer Fenella Fielding, a more-than-effective match for Macnee).

Mitchell’s best moment, infectiously funny, finds Keller reminiscing about the murder of the Swede, when he removed the bottom from a lift (‘He laughed all the way down!”). There’s also an obvious-but-amusing fnar-fnar gag about the bullet Keller still carries; he was shot “In the Dardanelles”. The spy master gets a curiously ruthless demise, stabbed in the back by Fielding (her great grandma had a knife-throwing act).

Steed’s investigations lead him to a gentlemen’s outfitter (“I can see you’re Eton, sir”; he asks for a tie for The Old Irascible Fencing and Tottering Club, intending to do a spot of fencing and then drinking), with its expected air of insularity (“Vinkle. That’s a foreign name, isn’t it sir?”)

Mr Edgar: I mean, clearly, you could have no need of my services. The cut of your coat, sir, The run of your tie. I’m lost in admiration.

It’s Brian Oulton’s villainous Mr Edgar, head of the Academy of Charm for Aspiring Gentlemen, who is most impressed by Steed, however. You rather wish Clemens would have lingered on this longer, as it produces the episode’s best scenes and interactions. Sinisterly, the trainee killer gents are educated in etiquette by women in masks that give them an Auton-ish aspect.

Cathy meanwhile goes for a check-up, and – surprise-surprise – her gnashers are perfect (is that the vegetarian diet, the chain smoking or just being generally dazzling of intellect?) Where we meet dentist Frank Harrap and his assistant Vivian Pickles (a one-time Aunt Dahlia in Jeeves and Wooster), who are obviously up to no good, the latter doubling as the Auton lady. But, while Mrs Gale is given a masked fencing bout (usually a sign of a stunt man) at the conclusion, this is definitely Steed’s show. He even gets a better showing at the dentist, bringing Kim in for an emergency appointment with “We were on the baked Alaska. And then, a sudden twinge”.

Steed: I suppose he warned you to be on guard.
Kim: My mother did that, when I was twelve.

Fielding takes to the show like a natural, and has much more relaxed fun than Blackman’s character allows; the only surprising element is that Steed remains blissfully unaware of Kim’s actress status until Cathy sets him straight. Generally, this would easily slot into the Peel era, replete with memorably self-reflexive lines (Edgar introduces the short stab in the back, ‘Otherwise known as show business”), which is probably why it was remade as The Correct Way to Kill. 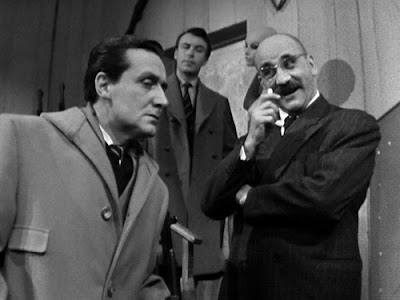 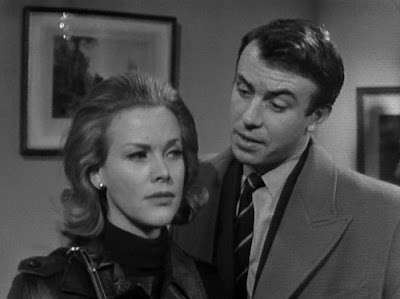 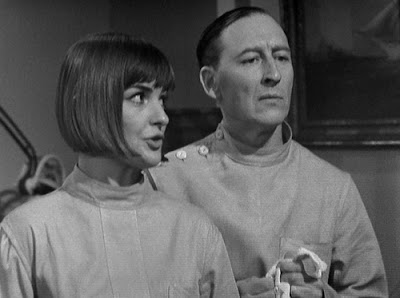 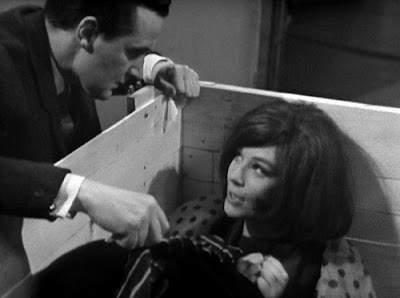 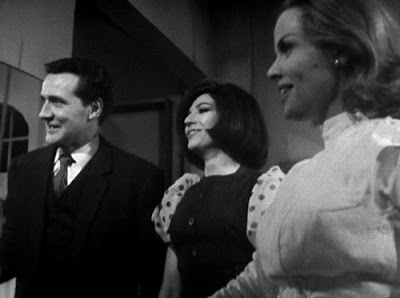