If you trip over a missing warhead, let me know.

November Five is extremely involved, but all for naught really, as it fails to engage. None of Eric Paice’s more down-to-earth offerings have really caught fire, and this one marries an array of apparently disparate elements to uninspired and confusing effect.

There’s assassinated MP Dyter (Gary Hope, who would later appear in The Superlative Seven), knocked off at the moment the East Anglia bi-election results come in, who turns out to be one of the ringleaders behind a ransom plot involving a stolen nuclear warhead, and still alive. He’s bumping off other accomplices (Major Swinburne, played by David Langton of The Mauritius Penny) when his plans change; now the device is actually to be detonated (on the date of the title).

Also in on the plot is the gym attended by Dyter, for reasons I could never quite figure out, except that its boss Fiona (Iris Russell of Mission to Montreal) is one of the gang. While I’m still in the realm of bafflement, I couldn’t work out what Dyer faking his own death gained in terms of the greater plan either.

Steed: What would you say to standing for parliament? You can pull out before polling day. I’ll pay for your deposit. I’ll even kiss a few babies for you.

Cathy’s persuaded to run for Dyter’s seat, but disappointingly this never gets off the ground; she spends most of her time in the gym with Mrs Dove (Ruth Dunning of Children of the Stones) and avoiding the attentions of Labour MP Arthur Dove (David Davies). Another of the disparate accomplices is St John (Ric Hutton, later in The Lost Islands), who runs a memorably-designed advertising agency, if again, quite how he fits in is obscure (he’s the election agent for Dyter, but beyond that it’s a mystery).

There are some shooting-from-the-hip attempts by Steed to cover his deceptions in this one, including claiming he knew Dyter in the army (‘He was a boy bugler” he replies, when told Dyter would have been about fifteen). And a couple of old ladies who keep asking his advice in the Houses of Parliament. He also shows up to see Cathy in a V for Vendetta mask. Generally, though, this is too convoluted for its own good. 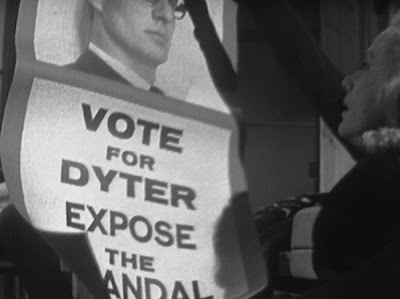 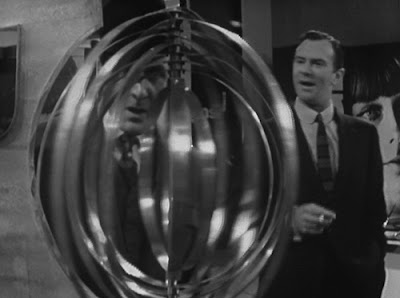 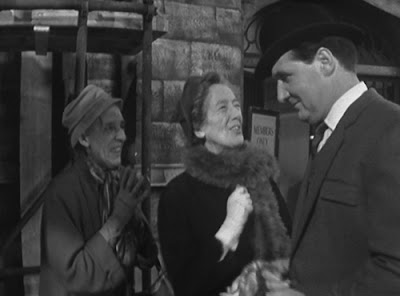 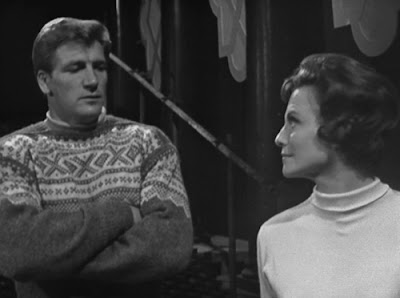 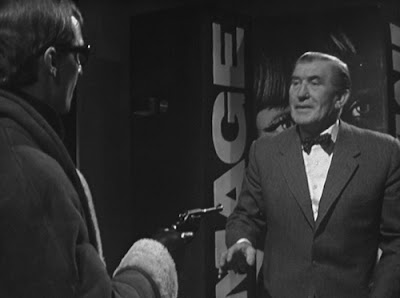