I had to see a fellow about a horse.

The incongruous mix you get in some of these pre-Peel episodes is having a rather eccentric premise played straight. So here there’s the scarcely credible notion of a racetrack as a front for hit men (I mean, why? Did Malcolm Hulke decide by picking potential locations out of a hat?), and it trickles along reasonably agreeably thanks to TP McKenna’s debonair performance, and an extremely frisky one from Lucinda Curtis, but it fails to edge above run-of-the-mill.

McKenna (too many series to note, but he’d appear in two more Avengers, and in Season 25 of Doctor Who) is Tony Heuston, a bookmaker who was inveigled into the scheme when he got into debt but is now highly au fait with it all; the first scene sees Ffordsham (Geoffrey Whitehead) set up to be induced into the racket via blackmail. McKenna spends much of his time wining and dining Cathy and generally being a right smoothie.

There’s a decent fake twist towards the end, when the daughter of the stables owner, Ann (Curtis) pulls a gun on Heuston, and he believes she is higher up the totem, but she’s actually just after revenge; for a moment, given the penchant the series has shown for such reveals of late, you consider it’s more than possible.

Otherwise, Ann is thoroughly into chatting up Steed (she tells him that most of the men at the stables started as boys; “I know them all”). For his part, Steed’s chatting up tote girls (Marjorie Keys) and, when he gets a moment alone, hilariously attacking a packed lunch of champagne, caviar and crackers in the stables. Derek Newark (Gregg Sutton in Inferno) also appears as a bully boy.

Compared to his Who scripts, Hulke’s Avengers work is surprisingly lacking in subtext; something might be made out of an organisation where each level is held in check by a threat from above. Just not much in this case, unfortunately.

On the amusing Steed scenes front, he also, having instantly lost his bet, royally rips the piss out of Cathy when she’s rooting for her gee-gee (“That’s right, you encourage him” he mocks, as she shouts at the TV monitor). Cathy performs a vicious beat down of Heuston at one point, but when he explains that “An organisation based on terror can be used for anything” you’re left wondering why this one is such a shrug. 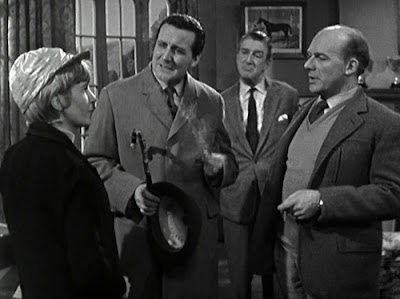 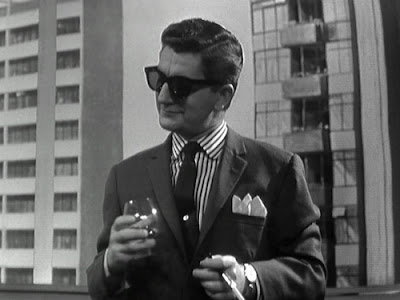 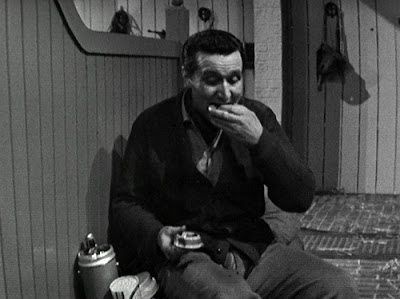 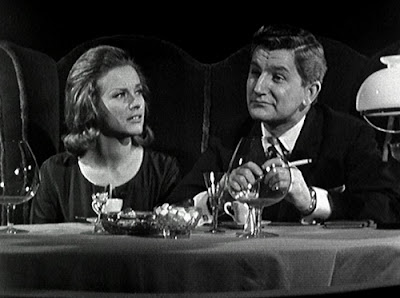 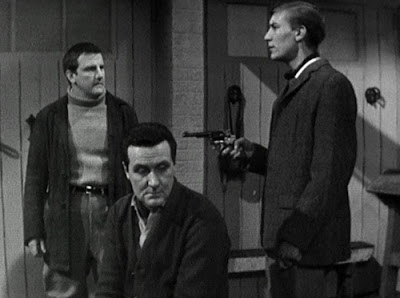