I found that I’d shot myself. Now I know what I look like dead.

The Avengers
3.6: Man with Two Shadows

How many Avengers episodes feature doubles? It sometimes seems as if you can’t move for tripping over them, but Man with Two Shadows is actually only the first. It’s fairly ho-hum for most of the duration, before improving dramatically during the last twenty minutes. That’s the point at which it becomes clear that, following an attempt on his life, Steed has emerged victorious and is posing as his double (because they can’t kill Steed can they?)

Cathy: The real Steed is dead. This man has taken his place.

What that also means is that Cathy doesn’t know Steed really is Steed, just as his impostor’s boss (Cummings – mystifyingly a local politician – played by Philip Antony) is forming suspicions over whether his underling is actually the real deal (“He’s altogether too relaxed… Our Steed had training, no experience”). So, when she takes her suspicions to Cummings, it gives him new doubts.

There’s also a nice twist on “the things only you could remember if you’re really you” trope; Steed genuinely doesn’t know the name of Cathy’s dog, or that it died, showing how superficial he often is about those he schmoozes and uses. Actually, I should caveat Cathy’s lack of knowledge of Steed’s bona fides as only appearing that way; as with earlier instances of Steed’s ruses this season, we’re led to assume she was in on it, at least by the climax; earlier she tells his superior Charles that she’s suspicious of her partner but then tricks Cummings with the old unloaded gun.

The conclusion also leads to an engaging ethical argument, since Steed has elected to allow Gordon (Daniel Moynihan), or rather his double, to continue working, his identity unbeknownst to his intended Julie (Gewndolyn Watts), so as to keep tabs on him, which means he will be marrying the real Gordon’s fiancé (the episode takes place at a holiday camp where she works). Cathy’s understandably unimpressed by this unscrupulousness (“You’ve gone too far”), but lightens up very quickly when Steed whispers something naughty in her ear to prove he’s still the Steed she knew a year ago.

Notable guest stars include Paul Whitsun-Jones (the Marshal in The Mutants) as Charles, effectively serving One-Five’s function, and good old Geoffrey Palmer as the doctor asked to establish if the doubles are indeed doubles, or the originals. There’s a memorable opening scene in which Borowski (Terence Lodge, Moss in Planet of the Spiders) opens his vault of split personalities brought on by brainwashing (he was dosed to prevent him divulging the doubling technique), including a Nazi, a member of royalty and an American novelist; Lodge is very good, although the live nature of the performance means the switches are a touch rough around the edges.

Macnee doesn’t have the broadest range in the world, which means he’s much better at being Steed where you’re unsure if he’s Steed than when you know he’s just playing the impostor. We also learn that the bounders who did for Borowski tried it on our hero (“They’d use me too if they could catch me again. That’s a long story”). 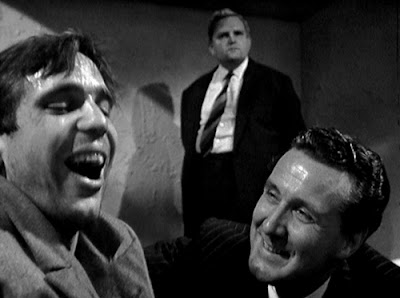 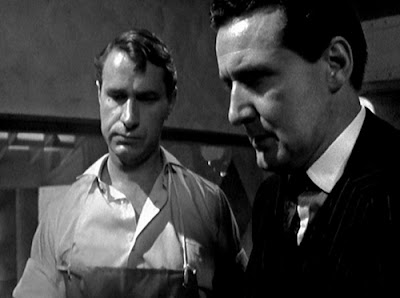 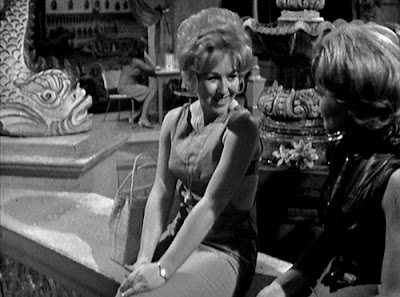 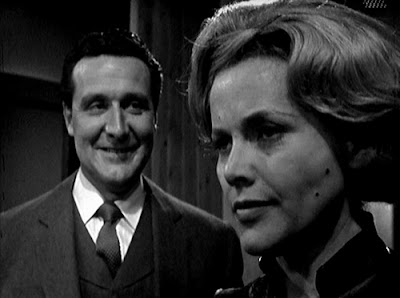 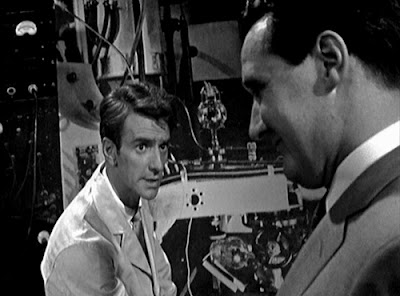