Genuine eccentrics are a dying breed.

The Avengers
3.11: Build a Better Mousetrap

This really oughtn’t to work, seeing as it finds The Avengers flirting with youth culture, well outside its comfort zone, and more precisely with a carefree biker gang who just want to have a good time and dance to funky music in a barn all night long. Not like the squares. Not like John Steed… who promptly brings them on side and sends them off on a treasure hunt! Add into the mix couple of dotty old dears in a windmill– maybewitches – up to who knows what, and you have very much the shape of the eccentric settings and scenarios to come.

Cynthia (Athene Seyler) and Ermyntrude (Nora Nicholson) are introduced as a butter-wouldn’t sisters who, concerned over the young bikers riding nearby, threaten that “We’ll put a spell on you”. But this amounts to misdirection in an episode that is remarkably effective in wrong-footing the audience (abetted to by Harold Goodwin’s landlord Harris: “Witches, that’s what they are. Witches”). We might have cause to expect something of an Arsenic and Old Lace scenario (“Cyn, do you think we’re very wicked?”), but it emerges that their grand scheme is in aid developing an enormously effective mousetrap (hence the title).

Ermyntrude: It’s a man. A gentleman. He looks rather nice.

That doesn’t mean they don’t also have much-prized spyware on the premises; they’re responsible for jamming mechanical apparatus in the area, by means of a device invented by their father, Professor Peck. Cynthia is the inventor of the duo, Ermyntrude the romantic, such that it’s the latter who falls for Steed’s charms. He calls by claiming to be a representative of the National Distrust who, rather than trusting folk to look after their buildings the way the National Trust do, “make quite certain people look after their places”. When Cynthia protests that their house was only built in 1870 he doesn’t miss a beat: “This admirable structure will be historic one day”.

Owing to her incredible coolness, Cathy – having managed to effortlessly inveigle herself with the bikers when we first see her (despite Blackman turning 39 the year this was broadcast) – arouses the jealousy of Jessy (Marian Diamond), who thinks Mrs Gale has eyes for her beau, gang leader Dave (Donald Webster, formerly of Intercrime and later in Peckinpah’s Straw Dogs). As usual, Steed exasperates her, this time by sending them all off on a rally (to points within range of the jammer; Cathy ends up breaking down).

If most of the gang-related scenes are the weaker parts of the episode, there’s also a resulting strange and touching sequence in which (wrong-footing us again; at one point we even think he might be responsible for the ill deeds) Harris appears in the stable he lets the gang use when only Jessy is there. We suspect the worst, but Brian Clemens turns this on its head; he only wants to the company, interested in their youth and vitality, but not in a predatory way, and Jessy takes flight (“What she want to take it like that for, eh?”)

There’s some fun to be had with the actual duplicitous parties, Colonel Wesker (John Tate) and Caroline (Alison Seebohm). The latter attempts to drug Steed’s whisky, but being Steed he’s entirely on to her and tips the tipple into a plant pot.

Clemens obviously had a good time writing this one, with memorable exchanges from the off (Harris informs Steed that his wife bagged a large stuffed fox: “She fell out the saddle on top of him. Yeah, that was cruel, even for a fox. A woman of generous proportions, my wife”), and despite the horribly creaky depiction of “youth” (both the lead gang members are over 25), it’s hugely charming. 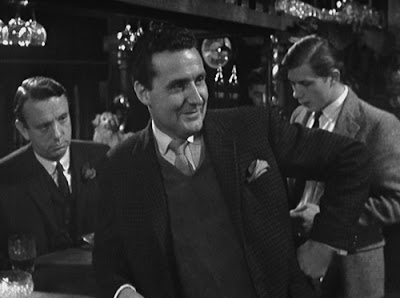 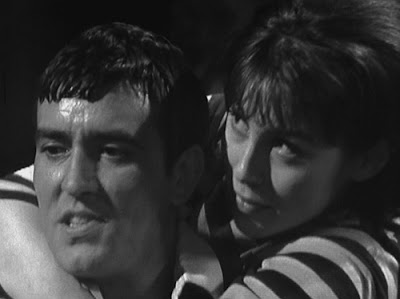 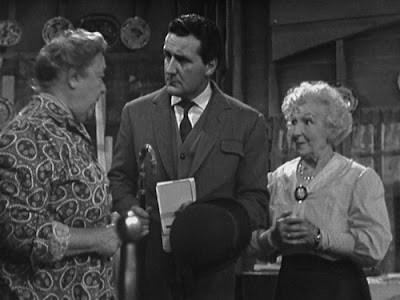 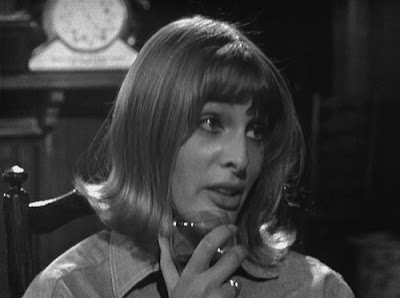 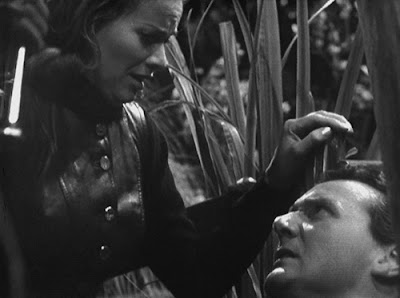