A fish by any other name is still a fish!

In terms of visual flourish and scope, Hotel Room couldn’t be more different to David Lynch’s previous couple of features. Even in comparison to his two prior TV series. This trio of shaggy-dog stories, centring on the Railroad Hotel at different intervals in its history, is theatrical in its minimalism, consisting mostly (in the two Lynch-directed segments) of two or three-handers. Barry Gifford, the writer of the Lynch episodes, fully gets on board with the eccentric Lynch quality, but it’s channelled into something for more verbalised and so less stylistically provocative. As such, it’s interesting that the most fully-fledged of these, Blackout, which is therefore in theory the least Lynchian, is the most satisfying.

This is oblique, cryptic and fractured; the relationship between Moe and Lou references murky past deeds and indiscretions; Lou appears to know Darlene’s past precisely; he and Moe suggest she has killed her husband before giving her the fear sufficiently that she exits for her own safety. Then Lou leaves, telling Moe “Remember, don’t wait too long”; Moe falls asleep and is roused by the police at the door, who arrest him for the murder of his wife, Phylicia. Whom Moe earlier indicate Lou was having an affair with.

Lynch throws in unusual shots and asides (the empty mirror when Lou walks by it, the focus on his hand as he places it into his pocket), and occasionally the content becomes engaging in itself (Moe recounting taking groceries to a woman in a nightgown as a teenager, to Lou’s rapt interest), but divining clear narrative meaning from this escaped me.

It has been suggested that Lou and Moe are one and the same, which would make sense of a buttoned-down man, drinking, losing control (unleashing his dangerous side) and about to kill again (Darlene), but doesn’t explain Darlene clearly referring to the two of them (“I’ve had some strange tricks before, but you guys are weird” and “Call the cops! These guys are going to hurt me!”).

Tricks never feels more than a curiosity, but it’s a well-performed curiosity, and interesting to see Lynch focussing so closely on just the performances.

The same room as before but occurring in June 1992, it’s a bit of snooze. Jay McInerney (Bright Lights, Big City) wrote and James Signorelli (er, Elvira, Mistress of the Dark) directed this vignette of Sasha (Deborah Unger) meeting with friends Diane (Chelsea Field) and TIna (Mariska Hargitay) in 603 and rather unengagingly discussing splitting up with her fiancé Robert (Griffin Dunne), who is cheating on her.

Getting Rid of Robert does enliven when the friends leave, and Robert breaks off with Sasha before she gets a chance to say anything (“You’re not a nice person” he informs her), at which point she takes a poker to his skull.

An eccentric scene follows in which the maid (whom Sasha earlier accused of aiming a champagne cork at her) enters and sees Sasha attempting to move the body; then we discover Robert isn’t actually dead and he and Sasha end up making out (Sasha invites the maid to leave with “Do you mind? We’re having a private conversation”). An arrestingly curious ending (Robert has left a substantial amount of blood on the carpet), and decent performances (you could easily imagine David Tennant in the Dunne part), but rather airless overall.

It’s only the Lynch episodes that justify the portentous, Eraserhead-meets-Twilight Zone introductory narration (“For a Millennium the space for the hotel room existed, undefined. Mankind captured it, gave it shape and passed through. And sometimes when passing through, they found themselves brushing up against the secret names of truth”). Dated April 1936, Blackout is superbly performed by a dialled-down Crispin Glover (Danny) and contrastingly cranked-up Alicia Witt (Diane).

Diane clearly has some reality-check problems, seemingly resulting from the trauma of the death of their son at age two; they’re at the hotel because she has an appointment to meet with Doctor Smith the next day (“He has a nice voice, Danny. A good voice”). We first see her with her hand over her eyes, and when she looks, she perceives the room as “like being inside a Christmas Tree” (due to the titular blackout it is lit by candles, which makes it also the most atmospheric of the trio).

She continually confuses facts, asking “Why did you speak Chinese to that man”, whom she believed to the doctor; Danny has just bought Chinese food, and was speaking English to the bellhop. She refers to Danny as away in the sea of red (“Red Sea you mean, when I was in the navy”) and how “I saw you on the other side. I shouted ‘Danny, Danny’. But it wasn’t you”. And the fish that told her of her six children, one of whom is Danny.

Danny: If you weren’t so damn hot, I’d kiss you.
Diane: Kiss me anyway.

The dialogue is mannered, especially so given the period trappings and melodramatic subject (beyond its surreal side), but Glover and Witt (particularly the latter) imbue it with real feeling and sensitivity. There’s the occasional Lynchian moment (the caution over the intermittently ringing phone), but mostly he focusses on Diane’s scrambled mind, letting the weirdness therein tell its own peculiar story, unadorned. Blackout also offers a demonstrably happy ending, as the couple appear to find peace with their loss upon which the power is restored, the room flooding with light (so genuinely uplifting, rather than the tragi-sweet conclusion of Lynch’s previous feature). 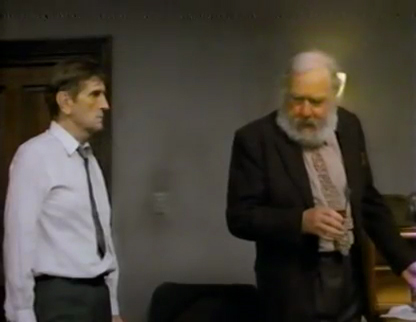 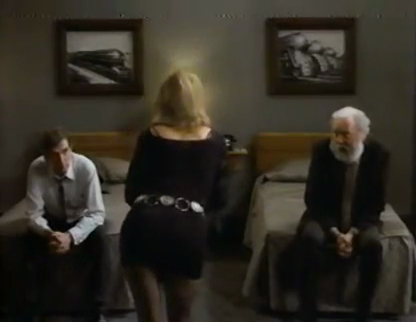 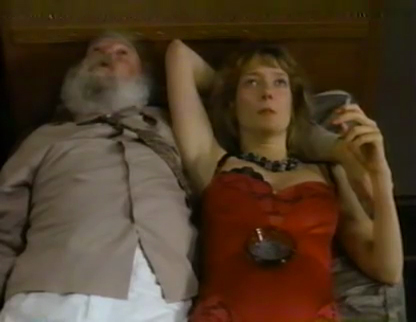 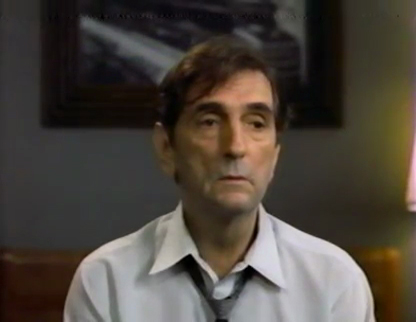 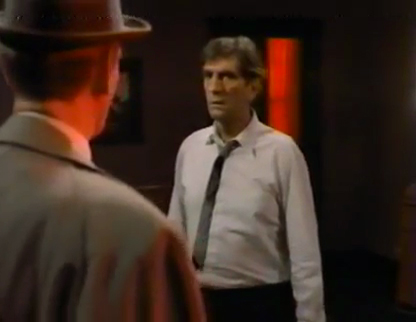 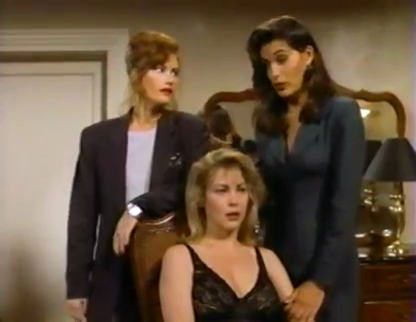 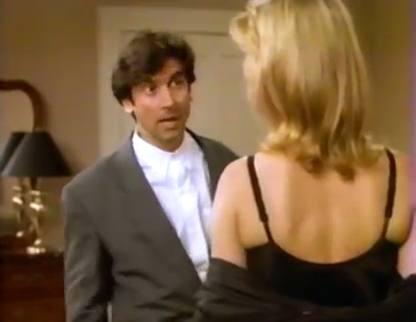 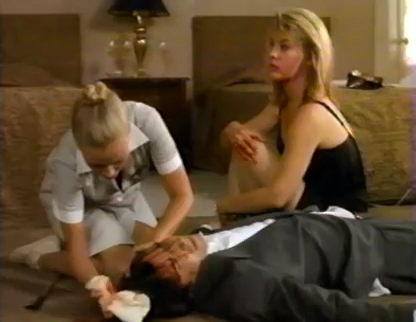 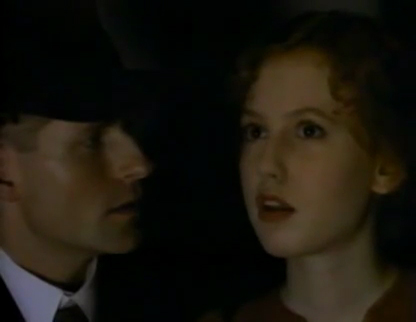 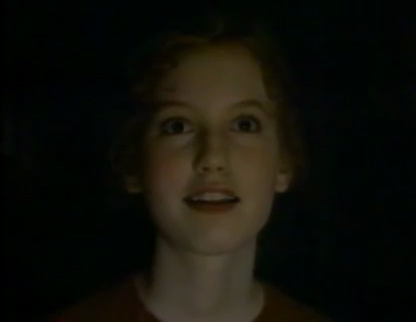 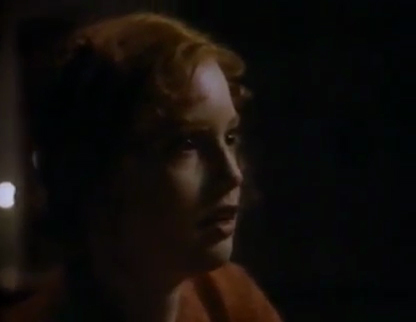 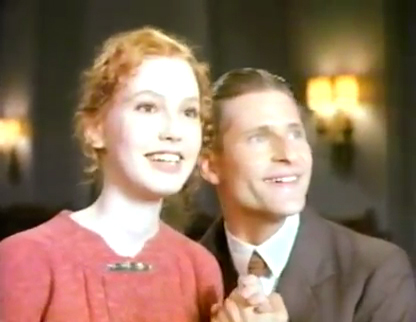