Actually, I look like a can of smashed assholes.

I’m mostly an advocate of David Twohy’s oeuvre, from his screenplay for Warlock (Richard E Grant as an action hero!) onwards. In particular, like a number of writers turned aspiring directors (David Koepp, Scott Frank, the Gilroys) he has also shown himself to be proficient behind the camera. His Riddick movies (albeit only the first half of the third) are enjoyably B-ridden, while A Perfect Getaway is giddily delirious confection. I’d managed to mostly forget The Arrival, however, so with another similarly titled science fiction picture incoming, it seemed like a good time for a twentieth-anniversary revisit. The most surprising aspect is that, while Twohy’s direction is competent and script serviceable, this is Charlie Sheen’s movie through-and-through. In a good way.

That’s Charlie Sheen pre-tiger’s blood (here his character, the ludicrously named Zane Zaminsky even states “I don’t like blood”), also a few years shy of finding a more profitable home on television, at which point he mostly shed his rocky movie career. A couple of years earlier, he’d played a “maverick skydiver” in Personal Velocity, which Twohy also wrote, but his biggest mark was as Topper Harley in deux Hot Shots! movies. In The Arrival, Sheen appears to be channelling something of that absurdist Zucker streak, albeit flip-flopped; there he was the straight man, while here it’s the surrounding movie. The IMDB summary refers to Zane as a “mild-mannered astronomer” which is entirely far from the case. Sheen’s mad-factor is off the scale, and he’s about as likely an astronomer as Chris Hemsworth is a computer hacker. As the daffy inverse to the following year’s CERN-adulating, oh-so-reverent Contact, The Arrival has a certain something going for it.

Phil Gordian: Right now, you’re just one little guy with a big conspiracy theory, and the world is full of them.

The picture isn’t, however, a piece on a par with that other low budget movie concerning an alien invasion featuring a pig-headed hero out to convince an ignorant world of the threat under their very noses (They Live!) There’s no great subtext here on consumerism and how we have willingly enslaved ourselves. There isn’t even an attractively labyrinthine alien conspiracy à la The X-Files, in which the government has colluded with the ETs. These guys are operating on their own. About as close as the picture gets to anything topical is that the invaders are taking advantage of mankind’s aptitude for environmental destruction by accelerating global warming (“If you can’t tend to your own planet, none of you deserve to live here”).

Indeed, the opening shot, a pullback as climatologist Ilana Green (Lindsay Crouse, lending the proceedings a bit of class, until she tries to seduce Charlie, anyway) comes across a poppy field in the Arctic, suggests a more intricate, involved and uncanny scenario than the one we get. It turns out to be rather more mundane, in terms of conveniently positioned (in roles of authority) aliens putting the kibosh on investigations into their activities (as such, the always welcome Ron Silver shows up in two different roles). The aliens themselves are a variant on the familiar Grey, disappointingly CGI-heavy, but appealingly offbeat in at least one design element; their legs that bend backwards at the knee, like an alarming combination of Pan and a grasshopper.

Twohy uses some cliché elements to the movie’s advantage, such that the juvenile sidekick (Tony J Johnston) turns out to be one of the bad guys, and the suspicious-acting girlfriend (Teri Polo) is discovered not to be bad at all. And, with a budget still many times that of They Live!’s (albeit relatively middling), the picture ends on a relatively low-key note, with a quest to broadcast the truth of the aliens’ presence across news networks (not that that would probably convince anyone of anything; see also Joe Dante’s Network-spoofing ending to The Howling). Coming out the same summer as Independence Day, it’s probably little surprise that blockbuster’s OTT fireworks went down many times better.

Mostly, though, The Arrival’s appeal is all about the absurdity that is Charlie Sheen strung out and living on the edge. Be it sporting a variety of sunglasses (not alien-seeing ones, alas), running incongruously shirtless through crowded streets during Day of the Dead celebrations in pursuit of an alien, having just escaped flattening by stray bathtub (the Mexico scenes add notable production value), hacking through the unconvincingly sparse bush with a machete, disguising himself as a Mexican (and looking bizarrely like Robert Picardo in the process), or reeling off one-liners (“Do you want to see the ruins, my friend?” he asks an alien before pushing it to its death; “Here’s a tip… If you ever get the chance to travel with a Mexican rodeo… pass”), Charlie is in on invincible form. As such, he fares much, much better than Crouse, who struggles to convince us she needs an explanation for what terraforming is, and that “I get so damned apocalyptic when I’m drunk”.

Any movie with a line as insane as “Actually, I look like a can of smashed assholes” deserves a free pass on that basis alone. The Arrival is no great shakes, all in all, but reliably revels in its sheer B-ness. If it had made more of Charlie going the full Bruce Campbell, and reflected that in the plotting, it might have attained the status of minor cult classic. 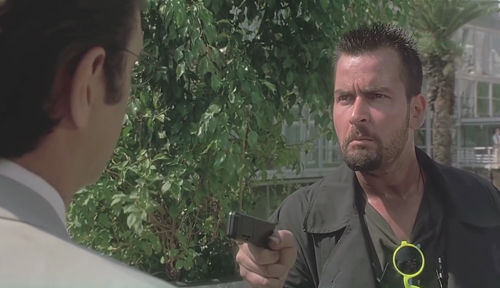 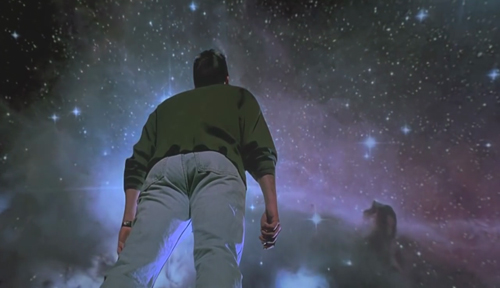 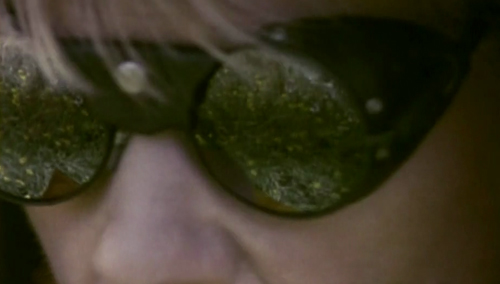 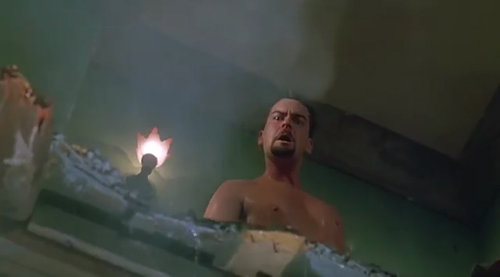 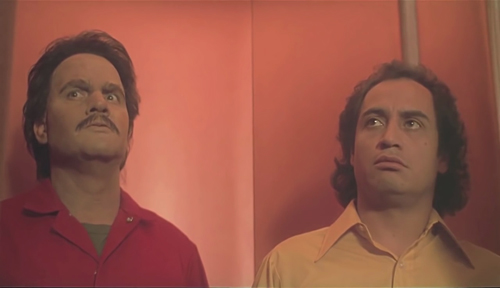 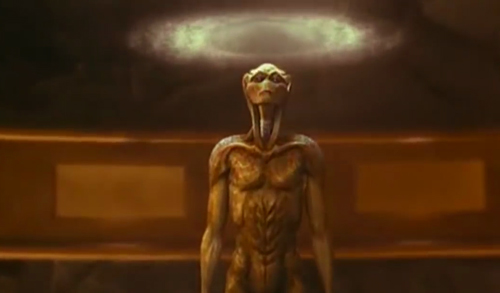 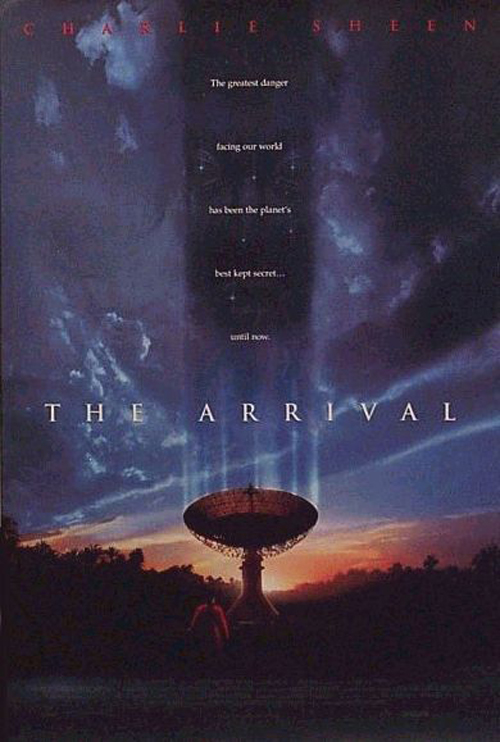