I have done some desperate, foolish things come 3 o’clock in the morning.

It’s difficult to imagine Sea of Love starring Dustin Hoffman, for whom Richard Price wrote the screenplay but who bowed out over requests for multiple rewrites. Perhaps Hoffman secretly recognised what most of us don’t need telling; there’s no way he fits into an erotic thriller (I’m not sure I’d even buy him as a cop). Although, he would doubtless have had fun essaying the investigative side, involving a succession of dates on the New York singles scene as a means to ensnare a killer. Al Pacino, on the other hand, has just the necessary seedy, threadbare, desperate quality, and he’s a powerhouse in a movie that, without its performances (Ellen Barkin and John Goodman may also take bows), would be a mostly pedestrian and unremarkable entry in the then burgeoning serial killer genre.

Well, I say unremarkable. The rightly most-remarked-upon aspect of the murder mystery side is how unsatisfyingly it’s resolved. Sea of Love is so scant of red herrings that it almost has to be Ellen Barkin, in that Jagged Edge/Basic Instinct suspicious protagonist “Is she/he-isn’t she/he, ah, what the hell I can’t help myself” vein. That it isn’t, and that it turns out to be Barkin’s loopy ex, played by none other than Henry out of Portrait of a Serial Killer (Michael Rooker; that movie ought to have been a clue, and would have been if anyone had seen it), announcing himself in double-take fashion, having been confined to a couple of early scenes as the cable guy who gives Pacino’s Frank Keller a bum lead, is disappointing to say the least.

It also means that, on revisiting the picture, it’s singularly evident how completely unreasonable Frank’s paranoid/loaded suspicions of Barkin’s Helen Cruger are (even the surname cues deadly antics). About the only time the movie properly puts her in a position that suggests serial murdering mood swings is when she shows up at Frank’s apartment with the Sea of Love 45.

But the upside of a revisit, without a fixing on how it turns out (although I’ve seen it a number of times before, not for about two decades), is that the quality of the performances really sinks in. Pacino’s is a tremendous portrayal of a functional alcoholic, one who spends his nights reeling uncontrollably, making rash choices and beset by crazed fears, but by day is a shrewdly competent police detective, and one given to sudden deductive leaps (admittedly, some of those also come while he’s on the sauce).

There’s a lot about Frank that isn’t terribly likeable; he’s self-involved, manipulative, and tries to turn his own errors into Helen’s. He’s a particular arsehole to Richard Jenkins, who is now married to Frank’s ex (an unseen Lorraine Bracco; her scenes were deleted). But Pacino carries his character and us along by dint of sheer charisma. It’s as if he had all that energy backed up, having been on four-year big screen hiatus from following the slaughter Revolution received critically and financially. We’re witness to the loose, freewheeling charm that comes naturally to the actor but was more frequently buried beneath an ultra-serious method approach.

He’s just great when paired with Goodman and indulging in buddy banter with fellow cops. In some respects, even more so than the intensity on display when he’s running through his drunk act or working himself into a state of extreme nervous tension over what Helen is doing with that gun in her handbag. Certainly, we also see the first signs of a tendency that would come to define his post-‘80s career: Shouty Pacino. Although, at least here it isn’t a lazy crutch, and his “Ho-ly cow!” Is both shouty and a comic highlight of the movie. Frank’s outburst about how “Come the wet-arse hour, I’m EVERYBODY’S DADDY!” is less laudable, however, so it’s swings and roundabouts. Perhaps the clincher, on the credit side, is his final scene with Barkin, where wee Al gets barged by a passer-by and just carries on acting. What a trooper!

Ellen Barkin oozes sultry, decked out with a salacious squint, crumpled smile, boxer’s nose and a similarly pugilistic attitude to sexual encounters. She’s every bit as perfect for this role as the unhinged Glenn Close and the impossibly-aspected Sharon Stone are in Fatal Attraction and Basic Instinct respectively, offering a grounding to the drama, whether she’s sporting a ridiculously movie-exotic red leather jacket or strolling panty-free for a liaison with Frank in a supermarket (Frank spends a lot of his time in supermarkets). She promotes just the right kind of smoky lustfulness. Barkin is possibly the least bland actress who ever rose to the ranks of leading ladies, which may be why she didn’t stick: too unconventional (she’s also great in The Big Easy, a couple of years earlier).*

On the other side, Goodman is an absolute delight in the partner role (in a year where he also ruled in a partner role in Spielberg’s somnambulant Always), exuding effortlessly charm and confidence as he launches into a rendition of Sea of Love and throwing off casual quips that make Al look great (“What are you, a fucking cop?”: “Sometimes”); they have an easy, instant rapport. He’s also great, as if it needs saying, in the dramatic scenes, such as his one-night stand with lonely Lonely Heart Gina (Christine Estabrook).

Of which, Richard Price may have had a patchy time getting screenplays to theatres without being tarnished by hacks, but he creates some marvellous little scenes throughout that further underline how well observed this is character-wise. Harold Becker is in no way one of the great directors, but he services the material diligently. Gina’s initial encounter with Frank, garlanded with balloons (“They’re the only things keeping me up”) is matched by interviews with unhelpful potential victims (“I swear on the eyes of my children” one protests, lying that he hasn’t been playing away; in the next scene he is discovered dead).

The string of dates is both hilarious (“If you’re a printer, I’ve got a dick” assesses one of Al’s alleged profession; curiously the same profession as Jack Nance in Eraserhead – well, only curious because I watched them on consecutive nights) and heart-breaking (Patricia Barry’s older woman, who Frank makes his excuses to, and who he then sees observing him with later dates, is awful for her and awful for the heel it makes Frank feel). There are also memorable spots for William Hickey (as Al’s dad) and John Spencer (his lieutenant). Samuel L Jackson also gets one scene as “Black Guy”.

Thematically, of course, the picture comes at the tail-end of AIDS-panic ’80s, and it’s worth considering how it distinguishes itself from glossier fare like Fatal Attraction and the later, knowingly-ludicrous Basic Instinct. It’s stating the obvious that this is a movie where sex with strangers can lead to death, and more particularly the death of men.

Allied with this, there’s a very evident homoerotic aspect; Terry Cruger makes a great play of having his victims undress and mimic sexual congress before killing them, suggesting repression and panic on his part. This is paired with the (often very funny; “Roses are red, violets are blue I’ve got one yay long and it’s all for you”) macho-hetero banter between fiercely straight cops; there’s an underling theme of sexual insecurity throughout, one that doesn’t only manifest in Al’s drunken fumblings and terror (it’s also interesting that Sea of Love comes at the opposite end of a decade where Al last played a cop, cruising gay bars in search of a serial killer).

Complementing the whole is a fine Trevor Jones score, a masterpiece of insistent, sleazy liaisons, rising tension and hot sax. It ought to be corny, but it absolutely works, and again I think that’s down to the greater whole being stapled to a cast who make it work. Slip Michael Douglas into this role, effective as he was as the go-to, sexually corrupt guy of that era, and the whole thing looks ridiculous.

It’s also worth noting that this saw the advent of the sub-sub-genre of the serial killer’s favourite song accompanying their homicidal sprees, something that would run nearly a decade and take in the likes of Striking Distance (Lil’ Red Riding Hood), The X-Files (Beyond the Sea) and Fallen (Time Is on My Side), the latter also featuring Goodman.

I well remember the release of Sea of Love, coming as it did a week before Black Rain, which at the time I was much more enthused over (Ridley Scott! Yes, I was young and foolish). Not really very similar, except in as much as both were cop thrillers starring forty-something stars released in September 1989. Sea garnered the critical applause, by and large, and also beat Rain at the box office. Well, in the US; worldwide, Black Rain made $134m to Sea of Love’s $111m. But that was a nice earner for Pacino’s comeback; he would continue to pick bankable (and qualitatively very variable) fare for the next decade.

The aspirations to serious character drama are both to Sea of Love’s credit and disarray (the cop-out ending looks that much worse after such invested work, but even early on you’re left slightly askance; it took the old lady next door two days before she banged on her unlocked neighbour’s door and ask him to turn the record down?) They ensure it’s well above average, but the crudeness of the procedural aspect means it can never rise to the status of a classic.

Addendum 12/09/22: She also looks like she could easily beat seven bells out of Pacino… 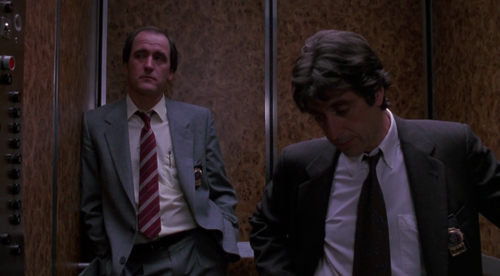 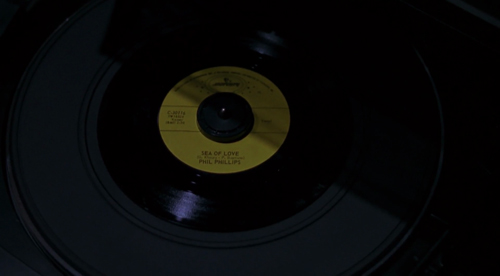 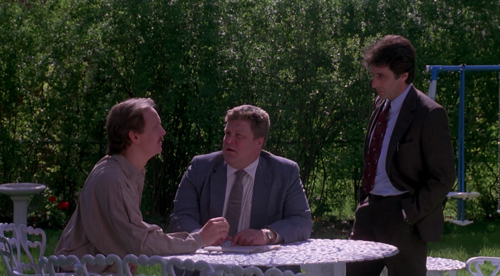 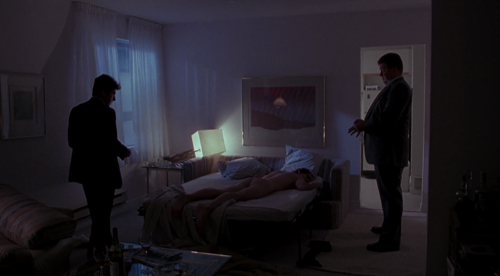 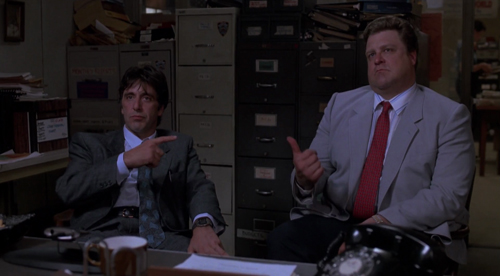 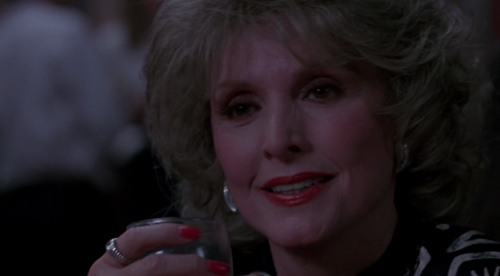 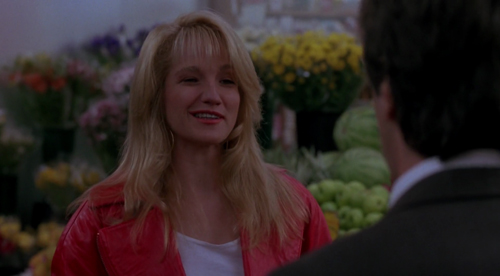 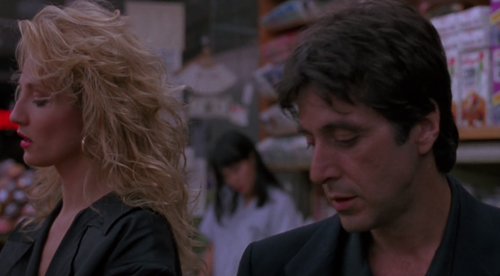 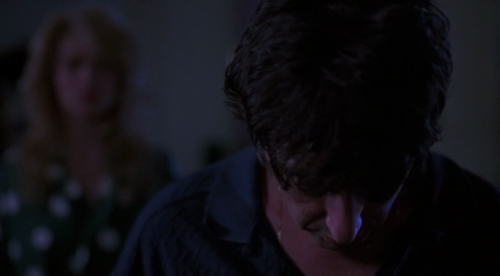 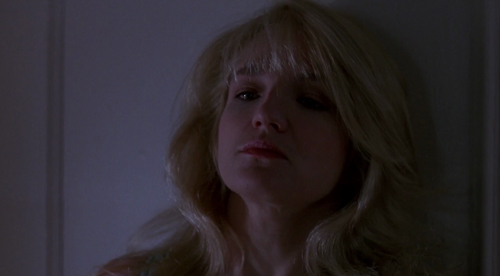 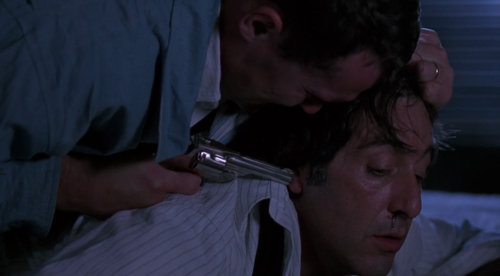 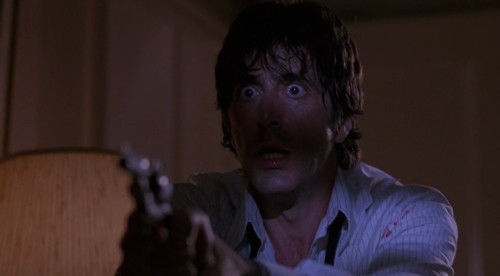 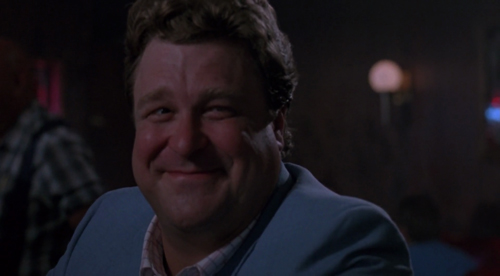 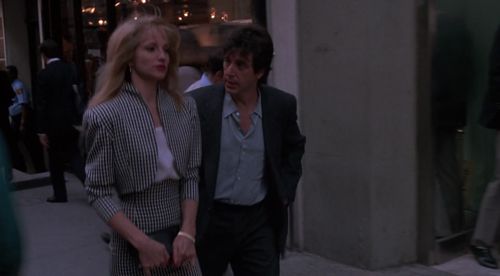 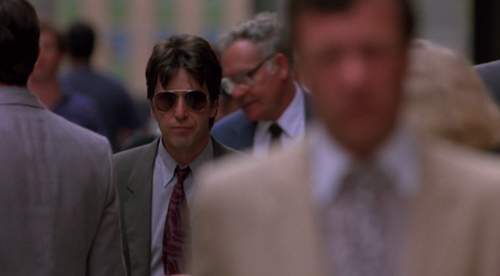