Yes, it was very exciting. Tomorrow, we go to the zoo.

Much as I had been a fan of Shane Black’s writing, and most particularly Last Boy Scout, The Long Kiss Goodnight left me curiously unmoved at first encounter. All the pieces were there, but it never quite came together, never fused into that perfection of crazed narrative excess and dyspeptic characterisation his best pictures do. The main problem, it seemed, was Renny Harlin, director of the worst Die Hard movie until John Moore got the gig. Harlin can put a muscular action sequence together, but not like a John McTiernan, not so it actually becomes exciting (the most important part). And he doesn’t seem to understand how to connect the constituent parts of a movie into something that works as a complete movie, that has drive and momentum. Black said of the film, “I don’t think Long Kiss Goodnight is a bad movie”, but revisiting it, I’d say it definitely isn’t a good one.

Mitch: We jumped out of a building!
Nathan: Yes, it was very exciting. Tomorrow, we go to the zoo.

In some respects, Black was ahead of the curve with his premise, in others lagging just behind it. It would be six years before another amnesiac spy was unleashed on cinemagoers, with decidedly more successful results. But Jason Bourne went a fairly traditional route. Black had his, Samantha Caine/Charly Balitmore (Geena Davis), suffering focal retrograde amnesia, immersed in an idyll of domestic bliss, with an indistinct boyfriend (Tom Amandes) and adorable daughter (Yvonne Zima). In which respect, Black nurses a not dissimilar polarising setting to James Cameron’s True Lies, from the previous year, where Arnie has kept his double life secret from meek missus Jamie Lee Curtis and daughter Eliza Dushku.

There’s great potential here, not least for laughs, but they aren’t really exploited. Or rather, Harlin doesn’t really exploit them. Being Black, the film naturally includes a jolly-jingles setting, and there’s yet more potential there. But, aside from carollers hiding machine gun-wielding assassins, the picture fails to enjoy the absurdity of its fractured festivities.

There are good moments in the build-up but no great ones; the car crash, and the first glimpse of Charlie (“I’m coming back. You know that, don’t you?”; she has the sub-goth flair of a Shakespear’s Sister fan), Samantha discovering an aptitude for chopping vegetables really fast, and the domestic altercation with One-Eyed Jack (Joseph McKenna, relishing the memorable line, what else, “I want my eye back, bitch!”) leading to some second-nature neck-snapping action (“Chefs do that” she unconvincingly reassures other half Hal; one wonders if Black was nodding to Steven Seagal’s role in Under Siege).

Davis is appealing enough, clearly relishing the chance to go dark as Charly (“Eight years later and a good deal frumpier”), and early scenes with her daughter, remonstrating her when she falls over ice skating (“Stop being a little baby and get up. Life is pain. Get used to it”) offer a taster of what might have been. But, once she teams with Samuel L Jackson’s seedy PI Mitch Henessey (a part renamed and rewritten for Jackson), the plot shifts down a gear, becoming more familiar and pedestrian, and the teaming simply fails to elicit the sparks it ought.

This is no classic mismatched duo, as in Lethal Weapon or Last Boy Scout, and the gags and interplay, despite Harlin failing to helping matters, aren’t up to Black’s usual form. Early on Mitch comments, “I’m pissing myself, you’re so funny”, and too often Black likewise falls prey to easy or lowest common denominator humour, be it a boy actually pissing himself or Charly baiting villain Timothy (Craig Bierko, essaying a faintly dull, run-of-the-mill psycho; what this needed was another Last Boy Scout’s Milo) about the size of his Johnson (“Oh, honey, only four inches”, to which he replies “You’ll feel me”: nice). Black generally makes a virtue of crudity, but the crudity in Long Kiss Goodnight lacks inspiration.

Mitch: (observing Nathan’s guns) Jesus, old man, how many of those you got?
Nathan: Three. One shoulder, one hip, and one down here, right next to Mr. Wally, where most pat downs never reveal it, as even the most hardened federal agent is often reluctant to feel another man’s groin. Any other questions?
Mitch: Yeah. What’s the weather like on your planet?

With Black we’re watching to see funny, caustic and splenetic characters, be they good guys or bad guys, but little in The Long Kiss Goodnight tickles. Jackson is okay, but even at this point, a mere two years from Pulp Fiction, it feels like he’s going through the motions (Jackson cites this as one of his favourite performances, and he certainly gets to wear a nice green blazer, but the dialogue isn’t up to the standard he’s regularly provided by Tarantino, and as the sidekick he has little memorable to dig into; “That’s a duck, not a dick”, being probably the best).

Black usually writes smart or abrasive kids, but this one is just winsome (and come the end she’s even resorting to pleading with mommy to live); you know that it should, but Davis asking her daughter “Hey, should we get a dog?” in the middle of killing bad guys doesn’t get the necessary yuks.

Patrick Malahide shows up as a bad guy, during a period when Brits were villains in every other movie (he’s CIA here) but he isn’t terribly interesting. It’s left to Brian Cox, who would, of course, go on to Bourne, to steal the laughs with abandon, be it sitting in an old people’s home, staring at a cat’s arsehole for three hours, or holding forth on the locations of his concealed weapons. He’s hilarious, and if the whole movie had paired him with Davis, or with Jackson, then things might have been cooking, but they kill him off within about fifteen minutes of his arrival, which is a terrible mistake.

Black also structures the movie around unlikely conveniences that might fly by your ear if the patter and action were sufficiently distracting. It just happens that very act that led to Charly losing her memory all those years ago is currently being rehashed by the CIA? Hmmm.

His McGuffin is quite a good one, though, suitably conspiratorial since it’s based on an incident relating to the 1993 World Trade Centre bombing (“During the trial, one of the bombers claimed the CIA had advanced knowledge”). Malahide’s Perkins is out to secure a budget increase such that “You’re telling me you’re going to fake some terrorist thing just to scare some money out of congress?” Which does admittedly lead to Perkins’ amusing response (“I have no idea how to fake killing four thousand people, so we’re just gonna have to do it for real. Blame it on the Muslims, naturally. Then I get my funding”). Of course, some would claim exactly that happened about five years later, even to the extent of posting YouTube videos on the subject of Black’s remarkable precognition.

Black infamously received $4m for his script, a new record payday. Ironically, he then had to go through another six drafts to knock it into the desired shape. Part of that was down to New Line having only enough money for a $65m movie, rather than the envisaged $100m one (the picture made $89m globally, so no one was entirely happy with the outcome). He may have stayed on board throughout the process, but the result is infinitely less satisfying than the much more messed with Last Boy Scout.

The problem then, aside from being rudely unfinessed with his action, is that Harlin simply is not a witty director. And it was abundantly clear from Die Hard 2 that, as likely as not, his decisions will kill rather than instil pace. His presence just doesn’t work here; there’s no build up, catharsis, or suspense. He’s unable to judge tone or pitch. The Long Kiss Goodnight lacks anything vital to engage the viewer, despite a solid set-up. Without internal tension, an hour in and you’re still waiting for it to ignite. It never does. 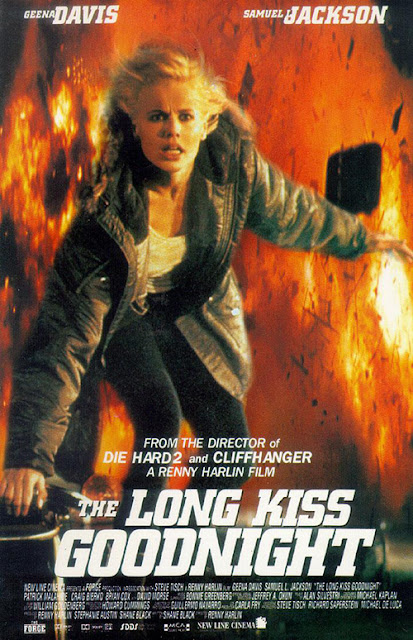 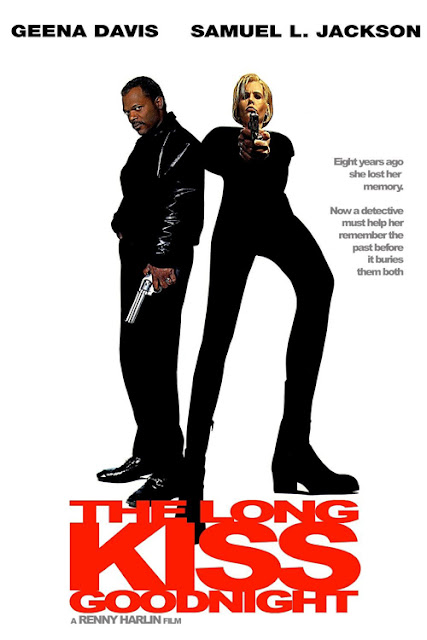