What do we want the French for?

The Avengers
2.25: Six Hands Across a Table

Following Steed as a focus for assassination in Conspiracy of Silence, now Cathy knows the suspected parties in Reed De Rouen’s second and final script for the series. There have been a few fairly astute tales set in the business world during this season, and Six Hands Across a Table is by no means bad, but it’s definitely a case of the cast injecting life into the material.

Philip Madoc is back after The Decapod, and he yet again emerges from the proceedings in one piece (this definitely isn’t Doctor Who). His role is that of the classically suspicious type, a valued can-do man for the trio of shipbuilders agreeing dodgy deeds to remain on top of their game, but then joining the opposition and, if not exactly the hero, coming through with cynical and calculating credibility. A master manipulator, at one point he is asked “Ah, Mr Seabrook. Have you any idea when the strike might finish? Or haven’t you quite decided”.

Guy Doleman (the first Number Two in The Prisoner’s Arrival, and of course, Colonel Ross in Harry Palmer’s ’60s endeavours) is Oliver Waldner, the mastermind of the bad seeds. He romances Cathy in an at least somewhat mutual thing; they exchange meaningful looks in their nightwear as she searches for a book to read (read, taking a snoop around) and responds “I’m not sure” when asked about her inclinations towards Waldner.

Stanley: What do we want the French for?

The other hands belong to George Stanley (Campbell Singer, Sergeant Rugg, Joey the Clown and the King of Hearts in The Celestial Toymaker) and reluctant Sir Charles Reniston (John Wentworth), while assuming the opposition is Brian Collier (Edward de Souza, Marc Cory in Mission to the Unknown), whose dad was bumped off by the trio as a result of his unpopular wish to work with the French (the trio have sat around with their heads in the clouds beating a patriotic drum, as it turns out). Their recipe for success has been arranging lightning strikes and buying up their competitors when share prices subsequently fell, at which point the strikes would suddenly stop. I’m not sure what this is supposed to suggest about the malleability of unions, but it doesn’t seem very positive.

Cathy: What are you doing here? Go out and come through the front door like a civilised human being.

Steed’s rather enjoying himself taking the rise out of Cathy’s flirtations (“Your Hampton Harry may be up to his neck”, referring to the unseemly methods of “Your boyfriend”), and takes to using the upstairs window to visit her. But, while he remains chirpy, he isn’t crowing come the final scene as Mrs Gale looks rather lost (“He was quite a powerful gentleman” is the closest Steed comes to consoling her, before asking for her a lift and receiving a smile in return). Not a bad episode by any means, but the character interplay definitely surpasses the plot machinations. 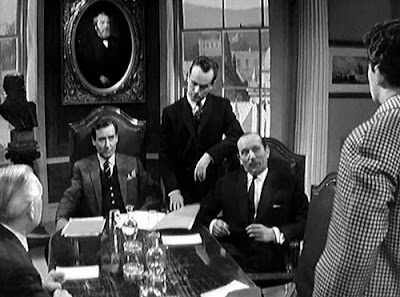 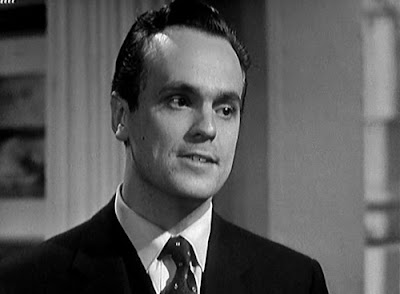 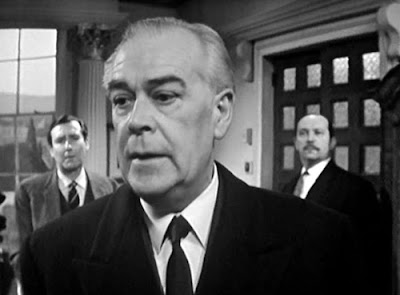 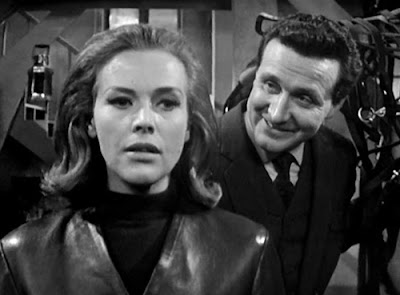 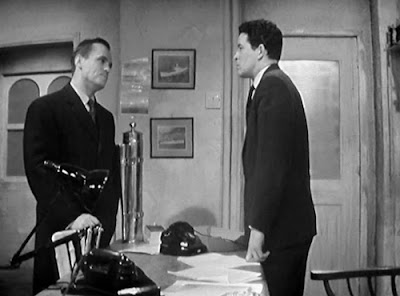