You get off this case or you don’t ever come home.

It isn’t too difficult to see why Ridley Scott (Sir Ridders to you) was attracted to what has become one of his least conspicuous pictures. He had, after all, completed a trilogy of sci-fi/fantasy opuses, all of which had been criticised to a greater or less extent for favouring style and setting over substance. Here was his chance to respond to his critics, to deliver a fully-explored character piece, and set foot on solid contemporary ground (his first feature to do so). The problem with Someone to Watch Over Me is, while it is indeed a character piece through-and-through, certainly over the rather dissatisfying thriller elements when they sporadically surface, its characters aren’t all that interesting.

To be fair to Scott, he did receive some tempered praise in response, for making a low-key, atmospheric feature (albeit with copious dry ice drowsing a veritable cornucopia of lovingly framed architecture) that eschewed easy theatrics. And to be fairer still, notwithstanding my comments in the opening paragraph, the project’s ties with the director extended back to 1982, so the tone and content may as much be coincidence as intent.

But Someone to Watch Over Me was a fizzle at the box office. Most damagingly, another tale of fall-out from marital infidelity, one also directed by a British former ad man, was the second most successful movie of 1987. One that engaged in the tawdry theatrics and superficial thrills of such illicit relationships and then some (both also feature the spurned wife slaying the antagonist, saving the helpless, culpable male). Fatal Attraction garnered all the column inches, captured the zeitgeist and even grabbed a Best Picture Oscar nomination. It seemed Scott, the great new name in cinema at the beginning of the decade (even in his forties), was losing his touch.

The plot’s fairly straightforward; rich Manhattan socialite Claire Gregory (Mimi Rogers) witnesses an old chum being murdered by national monument-faced hoodlum Joey Venza (Andreas Katsulas, all one-dimensional despicability, although he’s got less to work with). Until the trial, she remains in danger if Venza can get to her (although the police don’t want her to know just how much danger), so she’s put under police guard, one of whom happens to be newly promoted NYPD detective Mike Keegan (Tom Berenger; his boss is resident Law & Order bloodhound Jerry Orbach). Keegan’s a blue-collar guy, living in a cheap house in Queens with a salty wife (Ellie, Lorraine Bracco) and a precocious moppet of a son. It doesn’t take a genius to figure out that distraught, lonely Claire, who has a prig of boyfriend (Crazy Like a John Rubinstein) will end up involved with the guy from the other side of the tracks.

Claire Gregory: I never saw anybody killed before.
Mike Keegan: I never been a detective before.

Some of the class and gender commentary is shrewdly observed, from Mike attempting to temper his natural tendency to bravado in the face of someone genuinely terrified, to Claire picking out his ties and gradually weaving a cultured spell; in due course, Mike is complaining to Ellie about her trash mouth, and quite understandably she retorts that he never cared before.

Bracco is absolutely terrific, and this is surely where Scorsese got the initiative to cast her in Goodfellas; natural, vibrant, smart, we’re completely on her side throughout. That doesn’t necessarily mean the affair can’t work, quite the contrary, but we have to feel invested in the parties if we’re to develop conflicted emotions and face a quandary over how it should resolve itself. Instead, we just don’t care.

Rogers has given numerous strong performances, not least on behalf of the Church of Scientology, but Claire is inaccessible, glacially coiffured but inert as a character. Berenger, coming off Platoon and with ultimately short-lived prospects as a next-big-leading-man-thing, is solid, and has an easy rapport with Bracco, but there are no sparks between Mike and Claire. It’s all rather subdued and formal, like the picture Scott has taken pains to produce.

The contrast with how the other half lives doesn’t really help Scott’s cause either, not when he shoots their crappy house as if it’s starring in a chic commercial. You can still see the Blade Runner lifeblood pulsing through his veins in the way he captures the night-time New York cityscape. Every nightclub has a tech noir chic, the introductory one possessed of a basement that appears to have been transported from an exotic future locale (it was shot on the Queen Mary). Interiors are immaculately smoky and Scott’s ever-dependably looking for that highly-prized, distinctive shot; Berenger is framed from above on a subway train, foregrounded handgrips resembling some kind of other-worldly artefacts from Alien.

The score is variable, either too obvious (uber-rich, classy Claire listens to opera, all the bleeding time) or inadvisably evokes Blade Runner (Memories of Green is reprised). Elsewhere we get Sting singing Gershwin’s Someone to Watch Over Me, and… Fine Young Cannibals. Michael Kamen’s contribution (his only collaboration with Scott) is okay, when he isn’t turning up the Lethal Weapon sax.

Scott handles the set piece moments – the initial murder, the shooter in the house (the hall of mirrors boudoir, which Mike initially got lost in, now allows him to outmatch the perp) – with agreeable precision, but the climax is the silliest and most OTT of developments, following all this measured composure; it’s as if it they decided to “fix it” in reshoots, so at variance is the excess with the preceding film. Venza kidnaps Mike’s kid and holds him hostage. Yeah, that’s a plan. Couldn’t they come up with something giving him a little more credibility? He had, after all, extracted himself from a fairly watertight arrest.

The screenplay came courtesy of Howard Franklin, who worked on the previous year’s The Name of the Rose and subsequently wrote and directed Quick Change. There’s nothing especially wrong with it – the climax aside – but nothing to suggest why it caught Scott’s eye. Working in less rarefied territory, where world-building can no longer disguise flaws, would increasingly shine an unforgiving light on Sir Ridder’s greatest weakness, his erring eye for a screenplay. Someone to Watch Over Me came at the wrong point for the director, showing that he could make a merely an “okay” movie if he set his mind to it. 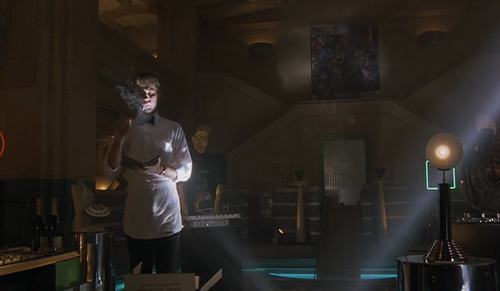 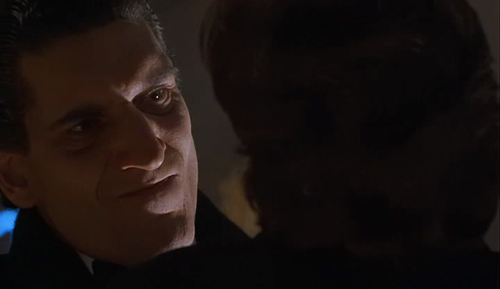 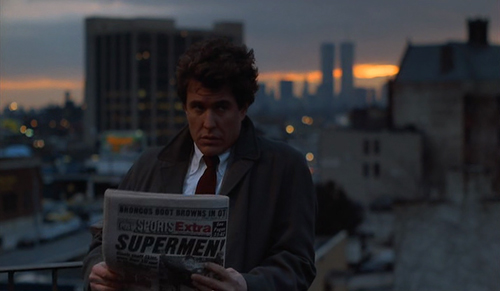 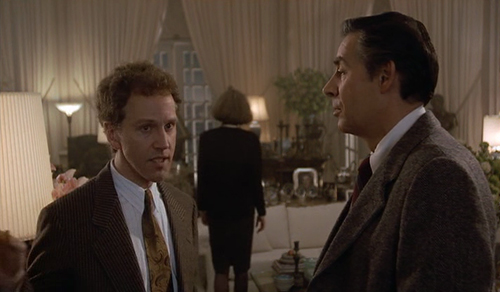 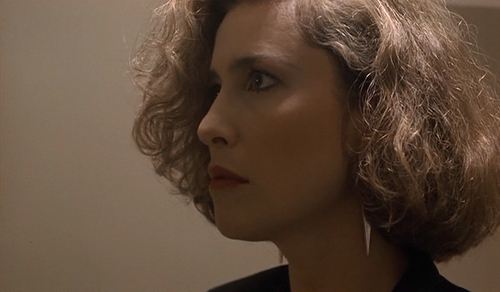 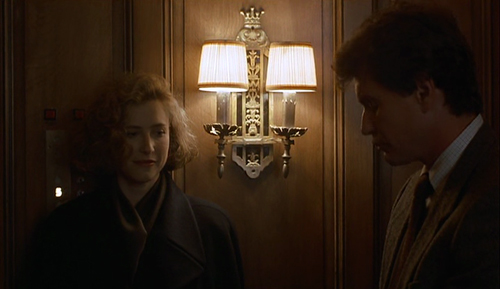 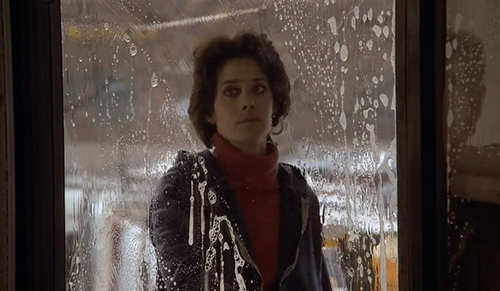 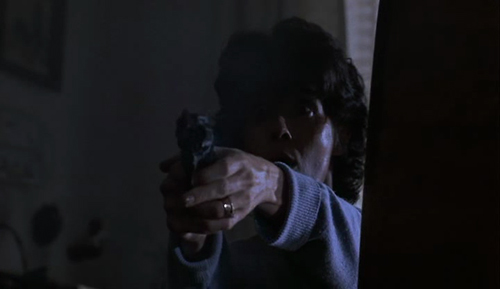 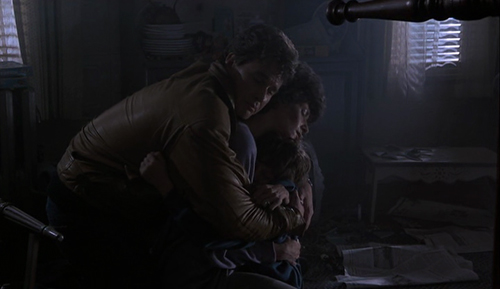 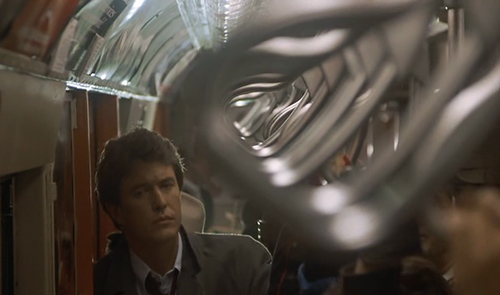 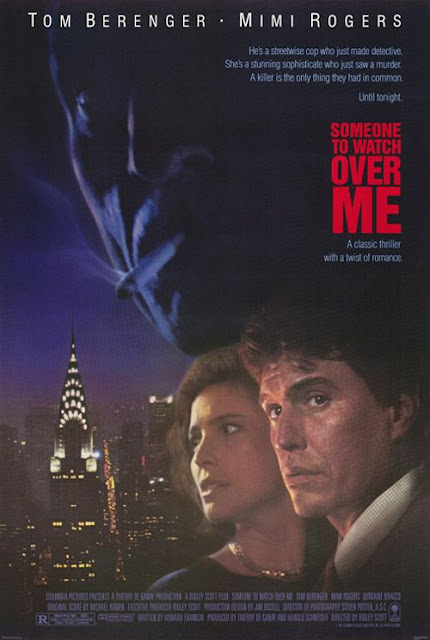