We’ve got all sorts of pieces and they don’t fit together. What we’ve got to find is the link.

The Avengers
2.13: Traitor in Zebra

Traitor in Zebra does what it says in the title (excepting that there are no stripy horses involved), as Steed poses as Commander Steed and Cathy as Dr Gale in order to discover who has been passing on details of a satellite tracking missile defence system at (not Ice Station) Zebra naval base.

Steed: Rather suits me, don’t you think?
Cathy: Admirably, but, er, you don’t keep hats on between decks.

Richmond Harding directs, having delivered several quality episodes this season (The Mauritius Penny, Mr. Teddy Bear) while John Gilbert garners his only writing credit on the show. The titular traitor is obviously not the prime suspect, Sub-lieutenant Crane (Danvers Walker), so Steed, in the role of head-shrinker, applies his skills to finding out who is, while Cathy does likewise from the lab.

It turns out covert communications are made via the local pub darts board (a possibly prone-to-imperfection dog delivery service), with newspaper owner Frank (Richard Leech, Gather Hade in The Sun Makers), local shopkeeper Linda (Katy Wild) and Rankin (John Sharp, Mr Biggins in All Creatures Great and Small) all in on leaking the formula for the ruby component of this “sort of radar”, and the frequency, so as to jam the system tests. On the side of the good is Crane’s pal Sub-lieutenant Graham (William Gaunt, No Place Like Home, The Champions, and Orcini in Revelation of the Daleks), who suffers a fatal beer poisoning at the snooker table.

Talking of drinks, both Steed and Cathy’s tipple of choice is gin in this episode, with a number of rounds going down. Cathy’s also showing her charitable tendencies (she’s a regular Princess Di, barring being murdered by her nearest and not-so-dearest), as she’d much rather be doing relief work in Tahrain(?) than embroiled in this palaver. Frank appears interested in examining her credentials, although he never gets round to offering to show her his etchings. Also notable is a smattering of location work, mainly of the village green variety.

This is forgettable fare, despite a more than solid cast (Sharp in particular is a reassuringly massive presence). There’s nothing wrong with the plot per se, and it’s well-directed, but it’s doggedly run-of-the-mill. 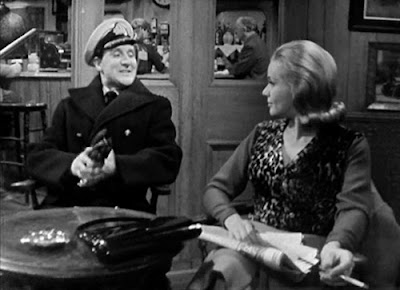 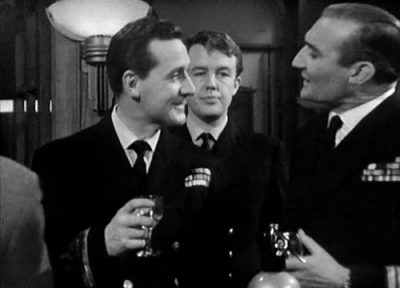 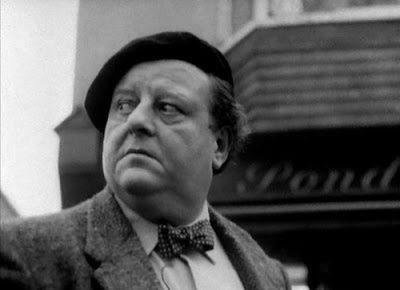 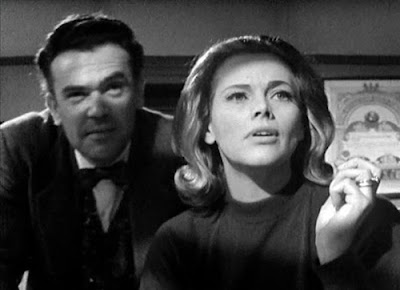 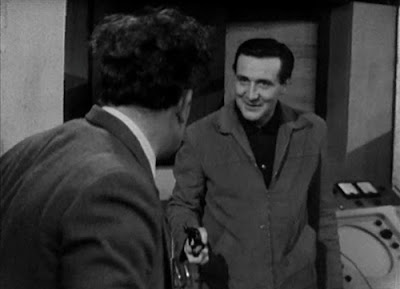