I never trust anyone I do business with, and as you can see I am right.

A low-key, quasi-domestic setting for this one, in which Steed and Cathy investigate murder at a pottery. Immortal Clay’s heightened element involves the invention of an unbreakable ceramic, worth a fortune to future manufacturers of space shuttle thermal protection systems (or, as suggested here, high speed rockets and aircraft).

Written and directed by established contributors to the series James Mitchell and Richmond Harding respectively, the episode isn’t so big on intrigue, but quite well represented in supporting characters. Paul “Jim Hacker” Eddington is the most recognisable cast member, as pottery manager Richard Marling, but the role is less dominant than that of his inventor brother Allen (Gary Watson, Arthur Terrall in The Evil of the Daleks).

Much of the plot is preoccupied with Miller (James Bree, veteran of The War Games, Full Circle and The Trial of a Time Lord) as the little man obsessed with “glamour girl” Mara (Didi Sullivan), to the extent that he’s willing to sell the ceramic formula to De Groot (Steve Plytas, also featuring in The Tenth Planet, and as Kurt in Fawlty Towers’ Gourmet Night) to secure her engagement. Miller is a tragic, squirming figure, without a hope of winning Mara (who, pecuniary-minded, has eyes for Allen) but willing to destroy everything for the sake of his obsession. It’s a strong performance from Bree, and a convincingly excruciating character.

Steed: There are a few people who specialise in stealing other people’s ideas and selling them to whoever will pay.

When it comes down to it, though, we discover the murder (well, the first murder) was more a case of manslaughter (“Sympathetic jury, probably” suggests Steed of the likely verdict), Allen protecting Anne (Rowena Gregory), Richard’s estranged wife, from an over-amorous suitor. Nothing about the proceedings really grabs, but the soapy dramatics are at least different from the usual menu. Plytas makes a decent villain, with a voluminous henchman (Blomberg, played by Frank Olegario), whom Steed guesses is sixteen stone, then later, like the one that got away, seventeen.

Steed: It’s bad to feel sorry for people in our business. It slows us up.
Cathy: I’m not in your business. You might as well remember that.

The regulars aren’t too prominently placed, aside from the guns-and-fisticuffs climax. As with the preceding episode, we’re reminded of Cathy’s newness to Steed’s world. One-Ten is back, in his final appearance, meeting Steed in a steam room and bemoaning Cathy’s involvement (“I don’t approve of amateurs”). She “knows all about ceramics. She’s writing a book on it”. It’s difficult to believe the breadth of Mrs Gale’s knowledge and acumen hasn’t become a running joke by this point. Amusingly, Steed, as representative of the Ceramics Research Council, has 24 hours to become an expert in the field (“It usually takes ten years”), and is surprised and delighted when he is complimented (“You really do know your ceramics”).

There’s a nominal, underlying commentary on the changing world and the difficulty of small businesses to survive in it (“People don’t want the things he makes any more” it is said of Richard); drab humdrum characters dream of winning the pools, making it big as an actress or hitting a windfall with a reality-changing invention. This being The Avengers, rather than Coronation Street, the last one can actually happen. 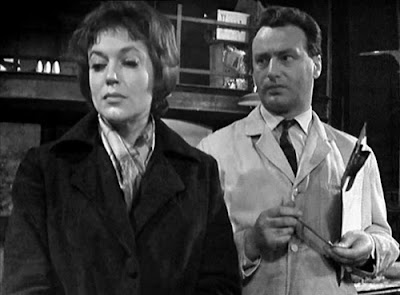 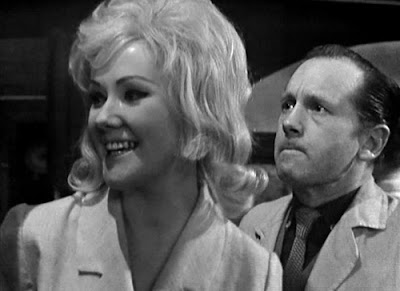 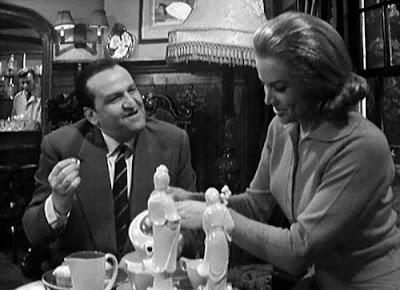 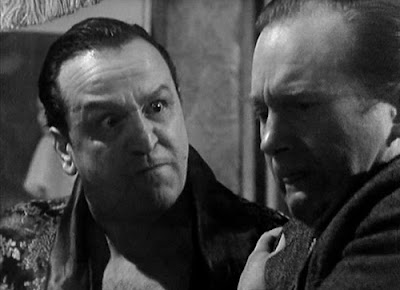 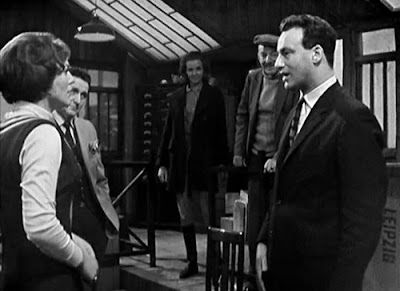