Screenwriters Rhett Reese and Paul Warnick were clearly aware of this problem, such that they disciplined themselves and diligently incorporated a bona fide plot. But Deadpool/Wade Wilson’s fixation on recovering his looks so he can, in turn, recover his lost love is tepid at best. And yet. Deadpool delivers sufficient genuinely funny gags (most of the good ones are very meta-) and just about enough investment in the proceedings to keep its gnarly head above water.

I can only be faintly positive about the picture though, since it’s so clearly aimed at a completely different age group to my increasingly antiquated one. It has that much in common with Teenage Mutant Ninja Turtles. Which isn’t to say it’s rubbish, like Teenage Mutant Ninja Turtles, but they do both occupy a relentlessly hyper, juvenile, sugar-rush self-regard that far exceeds their actual effectiveness. Mostly, Deadpool doesn’t even pretend it isn’t engaging in playground antics of one-upmanship and out-gross-outing itself. This is especially so when Wade and Weasel (TJ Miller, not to be confused with director Tim Miller) exchange unpleasantries on how unattractive the former’s new visage is. And they still missed the most obvious one, that he looks a bit like a latter-day Nick Nolte.

Reynolds obviously is Deadpool, laying to rest a largely justified reputation as box office poison. If I were studio execs, though, I wouldn’t rush out and offer him every high-profile part under the sun just yet; his newfound bankability may yet prove about as enduring as Daniel Craig’s star status in non-Bond roles. That said, this is a character(s) one could easily imagine Jim Carrey essaying in decades past, and Reynolds gamely delivers a slew of self-mocking quips, from referencing the disastrous Green Lantern, to his roundly reviled X-Men Origins Deadpool incarnation via a “Deadpool sewn-up mouth” action figure, to citing Ryan Reynolds getting by on minimal acting talent thanks to his pretty face.

Winning too are the biting-the-hand-that-feeds-it swipes at the Fox Marvel-verse, be it confusing James McAvoy with Patrick Stewart, repeated jabs at Hugh Jackman’s all-consuming presence, or barbs concerning Deadpool’s cheapness (The X-Men mansion, occupied as it is by only two mutants). However, this kind of thing could have gone further.

In the opening, extended car chase, Deadpool leaps from a bridge, but we don’t see him land on/in the villains’ car; instead, we cut to the merc with the mouth in transit. Missing is the money shot, one that would have been essential to a Bryan Singer main event X-sequel, and the failure to take the piss out of such limitations suggests Miller et al aren’t quite as no-holds-barred as they’d like us to believe. They may even be a little sensitive. While much of the action is decently-choreographed, it isn’t especially inspired; as with the pervasive nob gags, it’s all about getting to that severed head or pixelated bullet hole in a stray limb (Miller’s background is an effects artist). The sort of thing we’ve seen many times before, and just as overly CGI-assisted. Only not in a Marvel movie. Actually, maybe in the name-checked Blade.

Ironically, the most consistently engrossing part of the picture is largely dramatic; the flashbacks detailing Wade undergoing the mutant gene-prodding process. Of course, the least engrossing part (Wade’s relationship with Monica Baccarin’s Vanessa) is also largely dramatic. There’s no recourse to asides during these sequences, so rather than undercutting how formulaic they are, they again emphasise that the much-vaunted anarchy (break that fourth wall, Ryan!) only goes so far.

Likewise, the villains (Transporter Unloaded star Ed Skrein and mixed martial artist and one-time Soderbergh muse Gina Carano, who here extends her range with some intense prop acting courtesy of much-chewed matches) are as generic as they come. Despite sporting an authentically comics-liveried X-Men costume, Negasonic Teenage Warhead (Brianna Hildebrand) makes little impression (you can only get away with so many Sinead O’Connor gags) but I liked Stefan Kapičić’s genteel and courteous Colossus (he even pauses mid-fight, inviting Carano’s Angel Dust to cover up her wardrobe slippage). The actual CGI for Colossus leaves something to be desired, but Kapičić’s performance more than compensates.

The ideal length for a picture of this ilk is about ninety minutes; short, snappy, leaving you wanting more. Instead, Deadpool manages to over-indulge, despite is modest trappings. That’s likely because it’s a martyr to excess, enamoured of its playground freehand to offend at the expense of any form of restraint. For all its revelry in distinguishing itself from its peers, I found the picture stopping yet again for more repetitively sourced Deadpool banter more wearying than when it heads into traditional set piece climax territory. You can see both coming a mile off, but straining so hard to be edgy quickly loses its lustre.

One area where the movie’s success appears to be unqualified, though: spelling the death knell for Bryan Singer’s over-reaching and under-nourished grip on the X-Men franchise. With it, Fox’s self-prescribed fairy tales detailing the ingredients for a hit comic book movie have instantaneously crumbled to dust. We’re now promised an R-rated Wolverine 3, which is rather missing the point that Deadpool has been a hit because it’s doing something different, but the pertinent takeaway may filter through eventually. Fox greenlit the movie only after the Internet went apeshit for a leaked test reel, which had been sitting on a shelf for two years. Usually I’d mock such online adulation as hyperbole, but Deadpool’s staggering success speaks for itself. So, like pretty much everyone else, I was dramatically wrong in my estimation of the appetite for the movie. Although, not so much in terms of its quality. But yeah, Deadpool’s okay. 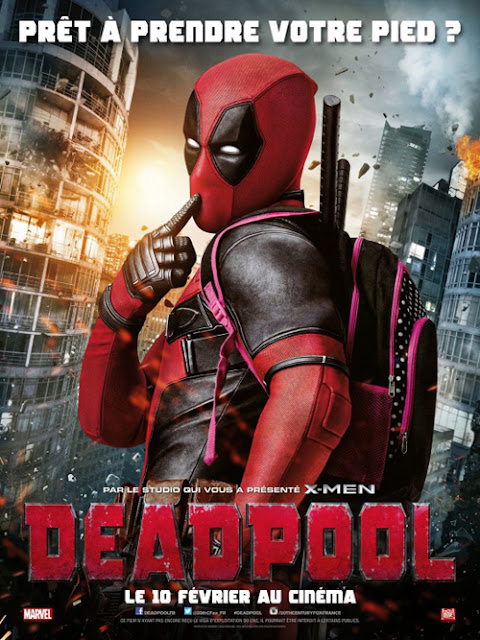