Remarkably, I did nothing. And, remarkably, it worked.

I run hot and cold on Chris Carter’s quirky contributions to the series. I always get the sense he’s looking to his peers, who do this kind of think more deftly, wittily and are just plain smarter, and assumes he can have some of that pie. Far from proving his all-round auteurship, invariably he instead ends up covered in runny egg. As such, I’m not a huge fan of regularly cited faves like Triangle and Post-Modern Prometheus, although I love Improbable, a highlight of the show’s final season. Babylon is somewhere in between, mostly flying when bringing forward the humorous side but failing to stick the landing with regard to the overbearing political commentary and philosophical inquiry.

Although, one has to admire Carter’s flagrancy in deeming such delicate ground as jihadism and endemic institutional racism suitable for a frequently whacky episode in which Mulder and Scully meet their youthful next gen doppelgangers and Mulder trips his nuts off. In truth, this is closer to the mess of the duo of above cited episodes I don’t care too much for than one Carter has clearly and carefully mapped out, but it’s nevertheless only the second time this season (the first being another whacky episode) that I’ve not felt I’m watching a show going through the motions of approximating what it once was, one lacking the all-important enthusiasm for that thing.

I’m not sure how much enthusiasm Carter had for his terrorism plotline as opposed to the trite moralising that seeks to justify it (of which, as torturous as such scenes are, I can’t help but feel a tad nostalgic when Mulder assumes the surrogate posture of pretentious windbag). After all, while it might be presented under the banner of peace, love and acceptance, he has still furnished us with an episode where rednecks are shown abusing a young man we assume is an innocent Muslim (“Are we in the wrong country now?”) but who turns out to be a bomber on the verge of a change of heart, and which ends with the FBI apprehending a terrorist cell accompanied by Twin Towers news footage proclaiming it would have been the biggest incident since 9/11. There isn’t anything particularly challenging in its basic tenet that couldn’t have featured in more digestible, bite-sized chunks on an episode of that other Fox series with terrorist fascinations, 24. Accordingly, the appearance of the devoted and blameless mother is strictly adherent to all clichés in motion.

But, while Carter turns his examination of religious belief in (the law of) God into a typically verbose meal – like this sentence –  beginning and ending with Mulder discussing/hearing heavenly trumpets playing (so referencing the Book of Revelation (8:2), the sort of thing that was already overdone way back on Millennium) and taking in repeated displays of intolerance and bigotry on its way to that extended discussion between our leads, where they fail to reconcile unconditional love with hate that has no end, his placebo analogy is actually a rather, well, not clever exactly, but fitting one. If only he’d wrapped things up in 30 seconds rather than three or four minutes, then the payoff of Mulder’s triptastic experience with the “message” would have seemed much more inspired. Carter isn’t familiar with subtext though, so Mulder has to spell it out (“These guys, just swallow the pill, that’s the power of suggestion”), and once the writer-director-producer opens the floodgates of rambling, monotonous, pseudo-philosophical verbal diarrhoea, there’s no stopping him.

Carter also, while he has a clear idea of where he wants to send Mulder (it must have been all those Californication box sets that inspired him) rather forgets about Scully. As is common with Carter “funny” scripts, he doesn’t feel much compulsion to ground motivations, so Agents Einstein (Lauren Ambrose) and Miller (Robbie Ammell) arrive in the X-basement with the notion, well Miller’s notion, that there may be a way to non-corporeally contact the comatose terrorist suspect, who may then be willing and able to tell them where his co-terrorists will strike next (this is the slenderest, most tenuous of threads, even by X-Files standards).

Mulder and Scully are then split up, working with Einstein and Muller respectively, proposing their own separate potential solutions to the problem. Lip service is at least paid to why Mulder and Scully wouldn’t work together, but Scully’s plans for communicating via electro-encephalogram (it worked for Patient 23; of course it did, he’s Patient 23) never gets off the ground thanks to a parade of aggressors intent on bringing harm to the recuperating detainee. What this effectively means is that it’s Mulder’s show.

If Carter wasn’t giving Scully that, he could at least have broadened the activities of the vengeance-filled government employees and turning their murderous intent into whacky hijinks, so providing a degree of balance. I waited for the nurse to go full-on demented De Palma but she remained straightforwardly bigoted.

It doesn’t help the Scully side of the story that Ammell’s Miller is the embodiment of a square-jawed, forgettable lead, while Ambrose is highly personable and memorable (I note that, in flip to Duchovny and Anderson, she’s about a decade older than him). That they’re both back for My Struggle II may be unfortunate, as Mulder and Scully meeting and being impressed by their younger like-minds is a good one-off conceit but probably has limited shelf life (and let’s not even go there with potential baton-passing).

Mulder: I was under the influence of something powerful.
Einstein: Yes, the power of suggestion.

Carter delivers a series of solid funny lines, even if his more serious ones are buried under the weight of their own self-importance. “He seemed like a bright young man” quips Mulder of Miller, while Scully offers “I believe that you believe” of Miller’s credulousness. “Remarkably, I did nothing. And remarkably, it worked”, Agent Einstein offers Miller of how she extracted vital information from the patient.

Duchonvy’s interaction with Ambrose is a lot of fun (which bodes well, if Anderson has limited availability for any future excursions, as she has intimated may be the case, what with her living in Blighty and all), from his unsuccessful attempts to blind her with pseudo-science (“But first, can we talk about the nature of reality as you perceive it?”), with a winningly absurd theory that, if thoughts have a mass then ergo by taking magic mushrooms he will be able to establish a communicative link with the comatose terrorist, Einstein on hand to administer the illicit schedule 1 substance. All this, and Madame Helena Blavatsky too.

I’d wondered at the artistic licence by which Mulder came up on his ‘shrooms so quicky, so the revelation that he’d only dosed himself with niacin was surprisingly appropriate. As these things go. The experience has its highs (Tom Waits) and lows (Miley’s Achy Breaky Dad) as Fox gets to party with The Dead Gunmen (he should have taken the opportunity to ask what was going on with that premonitory Twin Towers episode) and Skinner, line dance, wear MUSH and ROOM knuckle rings, and encounter a fetish wear Einstein (“You were fifty shades of bad”).

Then it gets serious as Mulder shows his man-paunch on a Charon-esque boat ride while Carter pulls out all the stops for provocative imagery (the young terrorist, in a dying Christ pose, nursed by his mother). Really, the trip sequence alone put the episode ahead of most of this run, as luckily, it’s the kind of visual excess Carter can handle quite well (I still get nauseous thinking about his one-take Branagh-on-steroids swirling camera in Triangle) so, along with the preceding playfulness, Babylon safely takes the silver for this season (so far).

Mulder asks “How did that work?” of the placebo, and the same might be said of the episode. It’s certainly a polarising one, with many voices coming forward to deny it. Sure, it’s a bit of a wash if you’re looking to take away anything profound from its topical sweep. But then, that goes back to a sentiment I voiced last week. Einstein asks Miller, “You think anyone takes The X-Files seriously?” And the answer is, “Not since about 1998, no”. Babylon seems to confirm this. So it looks like funny is the only way to go. 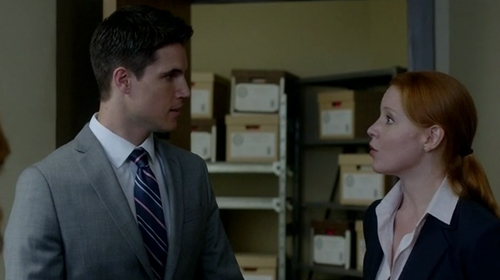 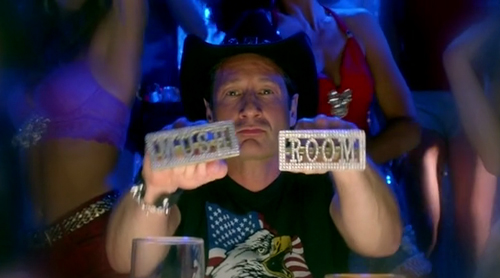 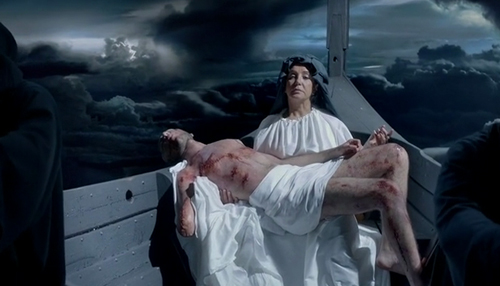 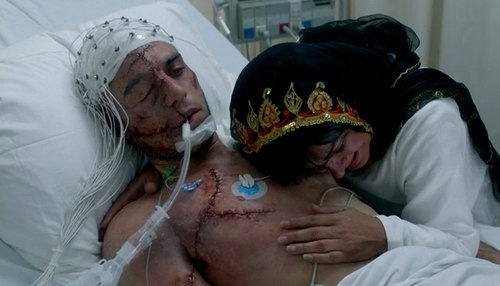 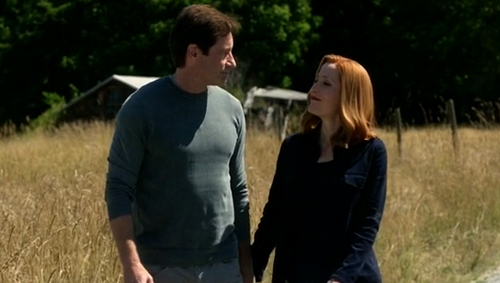