These were bad ideas on a regular basis.

Mark Hartley’s history of the studio that exemplified ropey straight-to-video (or should have been straight-to-video) ’80s movies is an embarrassment of rich anecdotes of excess and cheapness. So much so, it would have been very easy to take a detour and focus entirely on one particular disaster. Electric Boogaloo: The Wild, Untold Story of Cannon Films recounts the litany of terrible business and creative decisions that fuelled Cannon Films’ unlikely period of boom (and then bust), and Hartley revels in the studio’s complete lack of aesthetic and narrative competence.

As such, it’s a celebration more than it is an evisceration, jubilant at the sheer tat Cannon turned out week after week (in some cases; when junk bond king Michael Milkin raised $300m they were churning out a ridiculous forty films a year). Which isn’t to say Menaham Golan (the “dreamer”) and his brother Yoram (the “shrewd business person”), who bought the studio in 1979, the former having earned the title “the father of Israeli cinema”, never put Cannon’s name to anything halfway decent or even good, but that the good was inevitably tarnished by the Cannon name. There was the occasional John Cassavetes film. Or lesser Goddard. Against the grain, Franco Zeffirelli, who made Othello with the brothers, loved the collaboration. And I’m not sure it’s wholly true that Runaway Train would be regarded as a classic if it had been released by another studio; it’s pretty much regarded as a classic anyway.

It’s evident how shunned the brothers were in Hollywood, though, a due who expounded “Cinema is our life” and would go to a movie if they had four hours free but were incompetent at making good ones. The distribution deal with MGM is met with bafflement (it didn’t last) and the flop (there were a lot of flops) Sahara is referred to as an “intersection of ideas that should never meet each other”; they failed to operate according to the Hollywood rules (a black tie opening for a Chuck Norris film!), and were awarded dismissive epithets suggesting an anti-immigrant bias (including the “Bad News Jews”).

But Hollywood respects the dollar most, and they were never able to show any kind of consistent business sense other than hopelessness. Stephen Tolkin notes they loved cinema in the abstract; there was no concept of struggling through the pain of repeated drafts to finesse a script, added to which their modus operandi was “bad ideas on a regular basis”, spit-balling posters for movies that were never made, and those that were, were based on crazy ideas that somehow mustered pre-sales. They owned forty percent of the British cinema market at one point (including Thorn EMI, Elstree, Pathe and ABC) but failed to capitalise on it.

Electric Boogaloo is probably the best way to witness the majority of their output, in bite-size chunks rather than enduring entire movies. There’s Menaham’s The Apple, his disastrous attempt to fashion a Ken Russell musical, the hitching of their cart to Sylvia Kristel (Mata Hari) who was in a state of some disrepair, their successful collaborations with Charles Bronson (one of Cannon’s two chucks, with Norris) and Sir Michael Winner, through reviving the Death Wish franchise (Alex Winter, who appeared in Death Wish III, provides amusing anecdotes throughout, and refers to Winner as the “perfect Cannon director”, one who put making money above any propriety in working practices, with comments from Marina Sirtis underlining Sir Michael’s generally deplorable approach; presumably Cannon had to make sure the catering was good). Particularly amusing is a response to Death Wish II; “It is obviously very much on Mr Winner’s mind to be sodomised. I hope it happens to him soon”. Winner also provided them with The Wicked Lady, as insalubrious as his Bronson bouts.

Then there is Enter the Ninja (with a dubbed Franco Nero) and Revenge of the Ninja (“Only a ninja can stop a ninja”), rare hit Breakin’ and the disastrous sequel that lends the doc its title, Breakin’ 2: Electric Boogaloo (Menahem, once something was a success, summarily proved he hadn’t a clue as to how or why), Bo Derek in Bolero, Missing in Action and the Chuck Norris ’80s legacy, Michael Dudikoff and American Ninja, the horror that is Going Bananas, the rise of Van Damme and Alan Quatermain. The latter is one where a devoted doc might be highly rewarding, with Richard Chamberlain telling how Sharon Stone was hated on set and the reveal that she was only cast because Menaham wanted that Stone woman (Romancing the… Stone woman).

The big spend era of the mid-80s provides some of the most interesting material, perhaps partly because I’m more familiar with Cannon product at this point, but definitely because the examples of profligacy are all the more ludicrous. There’s the relationship with Tobe Hooper, which yielded three pictures (Lifeforce, The Texas Chainsaw Massacre 2 and Invaders from Mars), only one of which the Golans liked (Lifeforce) and all of which bombed. There’s the “star fuckers” reputation, whereby they secured Stallone for arm wrestling disaster Over the Top; it cost $25m and made little more than half that (to be fair, the previous Stallone picture with them, Cobra, is appalling but made a lot of money).

1986 is given as the beginning of the end for the studio, with Menahem Golan cited as asking why they only owed $6m, he wanted to owe $100m; they made a loss of $90m in ’85-86, so he was heading in the right direction. They made Superman IV for $17m, but its budget was supposed to be $30m; the results spoke for themselves (although you’d think it cost more like $5m to look at it). Then there was Masters of the Universe at $22m, banked on as the Star Wars of the ’80s; it tanked.

When they split (on hearing of his brother’s cancer, Menahem pronounced “He should never have left me”) they sparred with competing Lambada pictures (Menahem had “two words: Naked Lambada” as a sequel proposal) and are astutely referenced as the forerunners of the Weinsteins, the difference being the Weinsteins actually cared about quality. Since then, former Cannon man Avi Lerner’s Nu Image appears to have learnt from his former bosses’ failures, delivering Cannon-esque action fare (The Expendables, Olympus Has Fallen) that turns a profit and has a veneer of professionalism.

Electric Boogaloo is blessed with a raft of talking heads including Derek, Catherine Mary Stewart, Hooper, Gary Goddard (Masters’ director), Dudikoff, Elliot Gould, Dolph Lundgren, Molly Ringwald and Sybil Danning; the only thing it lacks is the brothers themselves. Menahem died the year it was released, but not before his own competing Cannon doc, The Go-Go Boys was released, painting a rather more positive light on the studio and the siblings. Like the Lambada picture, it was a race to have it released, beating Electric Boogaloo by three months. I think it’s probably safe to say that this is the one to see. 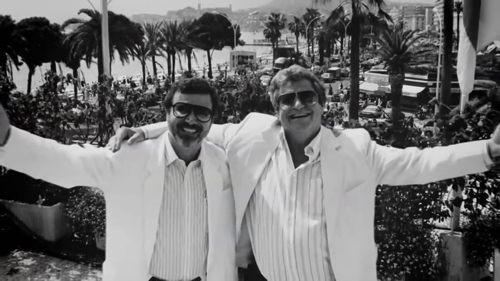 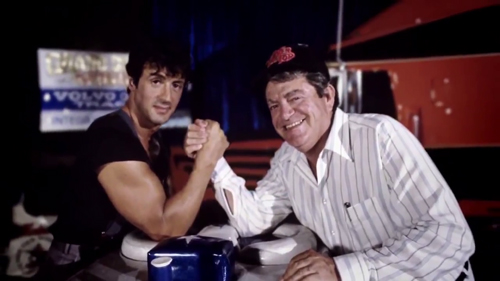 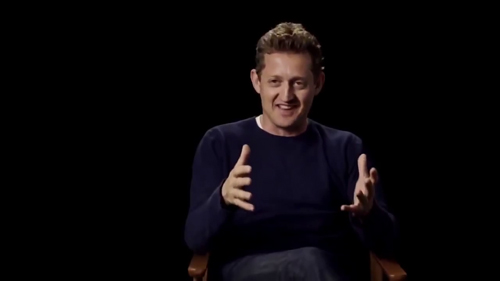 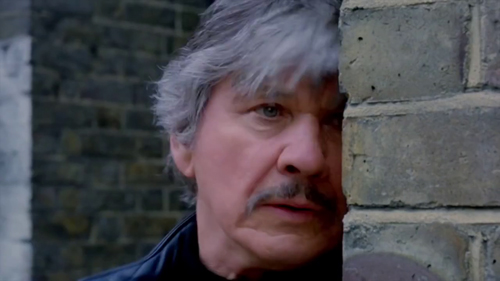 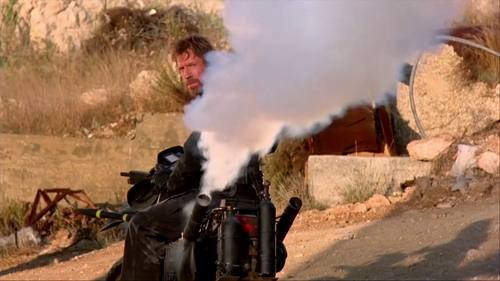 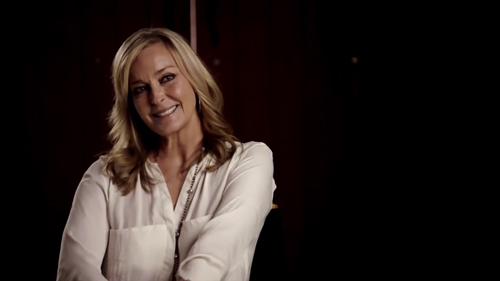