If I was you guv, I’d change dentist.

The Avengers
2.10: The Mauritius Penny

As the title suggests, The Mauritius Penny ostensibly revolves around stamp collecting, but revealed beneath its philatelic trappings is a particularly diabolical plot to wrest power in England and Europe. As such, it’s very much looking to the way the series will go. It’s also blessed with a fine cast including Richard “Slartibartfast” Vernon and Alfred “Public Eye” Burke.

This was Terrance Dicks and Malcolm Hulke’s first work on the series, preceding their most celebrated ’70s contributions to Doctor Who; either together or solo they would contribute nine scripts. Perhaps unsurprisingly from Hulke, England is depicted as a land with a propensity for totalitarianism behind its polite façade. The costumes of those planning a “new Britain” are pretty much those of the Nazi party, but for insignia, and their leader Lord Matterley (Vernon; his involvement is structured as a revelation, but there was never much doubt it would be him) professes a desire to “return to the traditions that made this country great”, a nostalgia for an age that never was frequently found among the extreme right leaning.

Matterley is most amusingly allowed to sign off his climactic meeting before being led away, opining that, owing to unforeseen elements, the greatest day in British history, the day of the new rule, must be postponed. Coming over almost metatextually, Cathy comments “You didn’t really think you could take over this country with a few fanatics in fancy dress, did you?” It isn’t so far from the Doctor’s comment in Terror of the Zygons regarding “just about” six Zygons plans to take over the planet.

All this stamp collecting is merely a cover for nefarious activities, of course, unbeknownst to stamp shop owner Percy Peckham (Harry Shacklock), who is shot by his assistant Goodchild (Philip Guard) in the first scene when he happens across a list referencing “The Mauritius Penny” (the code name of Matterley). Among Cathy’s many skills, “Philately is one of your subjects isn’t it?” and she advises Steed that discovering a Mauritius Penny this way is “like seeing a Leonard da Vinci advertised at your local news agency”.

She’s less adept at going undercover here, though, sniffed out almost immediately by Burke’s Brown, who gives her the job as it’s “the best way to keep an eye on her”. He proceeds to get judo chopped, but Burke is superb in the capable henchman role, instinctively suspicious of both Steed and Mrs Gale and using the stamp auction to kill the troublesome Goodchild at the fall of the auctioneer’s gavel.

Cathy might not do too well undercover, but she gets the last laugh on Steed, winding him up that the batch of dusty old stamp books he has bought contains a priceless item. There’s much humour in this episode, most of it revolving around Steed (“Oh Freckles, I’ll never understand your sex” he confesses to his pooch after Cathy doesn’t take kindly to his comments about her capacity for subtlety). His cleaning lady Elsie (Grace Arnold), doing the hovering with Steed out cold on the floor, assumes he’s had “another of your all-night parties, Mr Steed” and later he suggests that her little boy might collect stamps (“You know perfectly well, I’m not married” she admonishes). 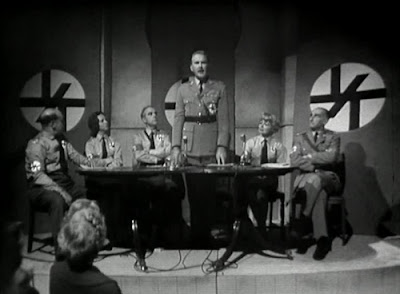 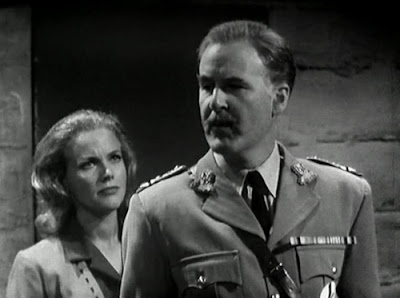 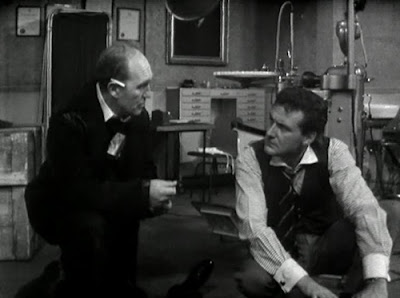 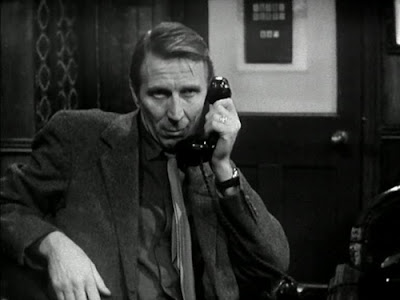 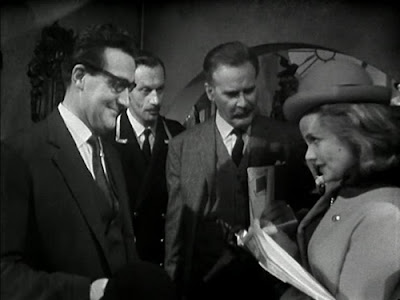