If Chris Carter has done little of note since the series’ end (is he actually real, or just a surf-robot pumping out subterfuge and obfuscation at the behest of his mysterious overlords, and Rupert Murdoch?), James Wong has been a busy bee. There was the Final Destination series, and several remakes (Willard, Black Christmas), while on TV was The Event, and a (current) big hit with American Horror Story. Alas, the once fertile mind that collaborated so richly on the series (and on the best season of Millennium) with Glen Morgan now seems to be running on empty. Founder’s Mutation feels as much of a rehash in its own way as Carter’s debut, stranded by a feeling of banal familiarity.

Some kind of freak aberrance of technology causing people to go mad, crazy, or self-destruct, was a tried and tested favourite of the series, even though I’m sure it feels like it featured more than it did. About the only fresh aspect of Wong’s self-written and helmed episode (it’s auteur heaven in this event mini-season) is the passing reason for the tech guy stabbing himself in the head in the opening teaser; the mild-mannered janitor (Jonathan Whitesell) next door was unwittingly responsible.

Maybe this episode was shuffled forward from the penultimate position in order to maintain the thematic thread of experimentation on pregnant women and alien DNA (the latter here manifested in Mulder and Scully imagining lives with their surrendered-to-adoption son William; as with their coupling, this may have needed addressing, but the makers are making rather a meal of continuity, inserting it as an obligation rather than making it vital or interesting, lumpenly dropping in mention of the Syndicate too), but the effect merely feels repetitive rather than intriguing.

Befitting his horror credentials, Wong ensures there’s much visceral weirdness and grue. And CGI crows. The visit to the facility of Dr Goldman (Doug Savant) includes some appropriately freakish genetic abnormalities, and then there’s the opening brain/ blunt object interface, and the death of Goldman himself.

Wong’s ready (sick) sense of humour is also on display in the form of some choice Mulder one-liners. Asked about that incident, he comments “I blacked out after Goldman’s eyes popped out of his sockets. Believe me, you can’t unsee that”. Warned of the consequences of mentioning their business outside the bureau, he responds “I’m familiar with Edward Snowden”. He also cracks wise regarding Obamacare, is mistaken for a toilet trader, and pilfers a mobile phone from the crime scene (“You know me Scully, I’m old school”). Best of all is his response to the impassive Jackie Goldman (Rebecca Wisocky), who has been suddenly galvanised into hurling an apple in the direction of a startled moggy (“You don’t like cats?”) Savant receives the award for most sinister delivery of the episode (“Would you mind if I took some blood?”) while Christine Willes relishes the chance to accentuate devout Sister Mary (“Men and their lies. Desire is the devil’s pitchfork!”)

There are also clips referencing the realm of genetic advancement and evolution (Escape from the Planet of the Apes and 2001), but generally Founder’s Mutation is too much like a facsimile of an original series episode. What The X-Files needs is to evidence the relevance Carter waxed lyrical about it still having. It more than has a perfect footing to embrace the conspirasphere of the 2000-and-teens, but it may be that it needs fresh blood rather than the old alumni to take advantage of it. 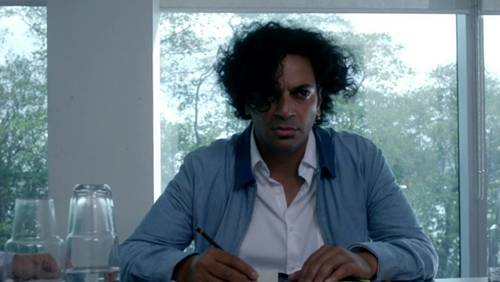 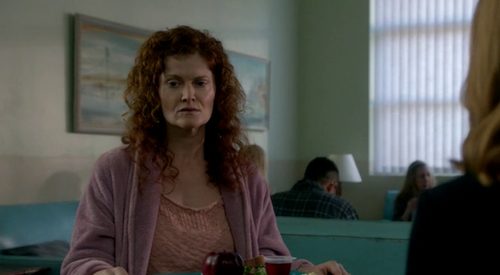 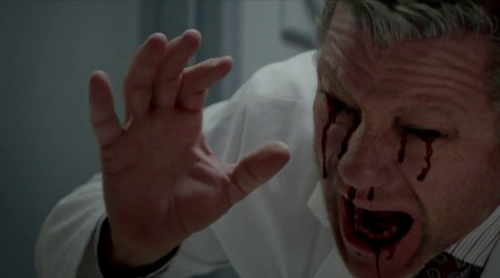 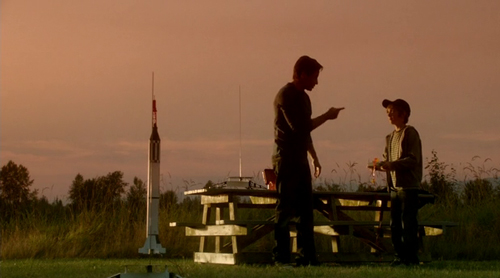 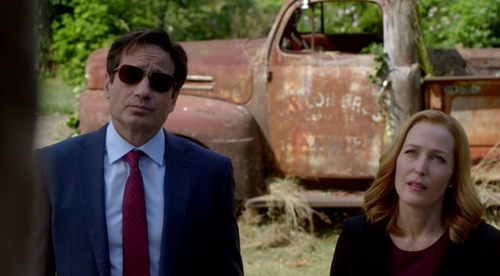