Eleven men in here think he’s guilty. No one had to think about it twice except you.

Sidney Lumet’s seminal jury drama, initially broadcast as a TV play, then adapted to stage, and only then to the movies, was a box office disappointment, as many a classic has been. Henry Fonda’s angelically-suited architect gradually chips away at an otherwise unanimous guilty verdict, to the particular annoyance of Lee J Cobb’s combustible businessman.

It would be difficult to argue that Reginald Rose’s screenplay isn’t on the schematic side, a parade of conveniently placed insights, speculations and turns of persuasion, but, crucially, it is dramatically satisfying for all that; vital, impassioned and fundamentally sincere in professing to the profound duty and responsibility of those involved, who observe varying degrees of diligence towards their appointed task. Each character is expertly etched in broad strokes, and leaves a tangible impression.

Still, there are moments along the way where you do begin to share the frustration of Cobb’s Juror 3 at this bunch of (mostly) easily-swayed sheep, whose facility to change opinion is really at the behest of the strongest alpha male, rather than deep-seated conviction. Even the unmoved Cobb is revealed to be as rigid as he is in his views due to personal investment rather than certitude over the facts (his position is merely down to disappointment with his son). It might have been a more challenging piece if there had been a sincere opinion opposing Fonda’s that carried (E.G. Marshall’s Juror 4 almost succeeds at this, stumbling at the logic of wearing one’s eyeglasses to bed).

Indeed, one comes away with the nagging suspicion that any given case might be dissected this way, by amateur sleuths or personally uninvested parties, such that it is entirely feasible to break down a subjective reality when examined partially under the spotlight. Of course, that may be part of the point; the approach taken by Fonda and his fellow doubters would apparently have led to a mistrial in a real-life situation, and one might, on the basis of his attitude, apply reasonable doubt in almost any trial. Which, when the death penalty is in the offing, might be seen as entirely reasonable.

This is Lumet at his best, a cracking chamber piece populated by fine actors who look like actual people rather than movie stars (including Jack Warden, Martin Balsam, and Ed Begley), sweaty men butting heads and trying to make sense of their microcosm. At times the theatricality of gestures speaks to its era (Juror 10’s bigoted outburst leading to the jurors removing themselves to carefully marked positons about the room), but the sheer vibrancy, passion and energy of the proceedings make it remarkably timeless (one wonders if Spielberg had the espoused purity of motive in mind when making Bridge of Spies). This was Lumet’s first big screen picture, and it remains one of his best, although it’s also well worth checking out his later court-based picture The Verdict. 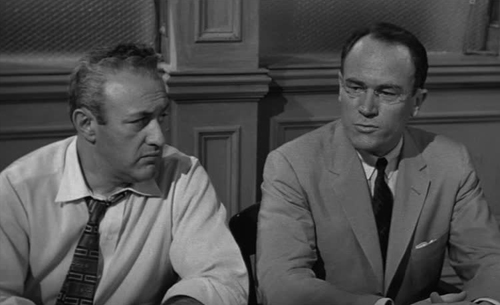 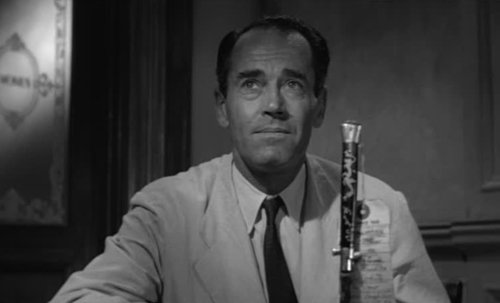 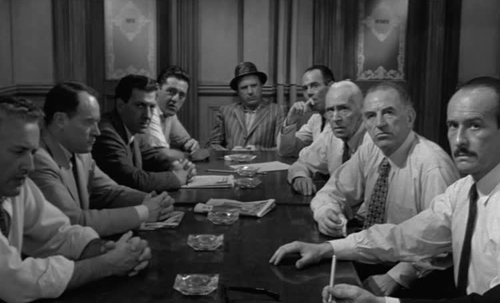 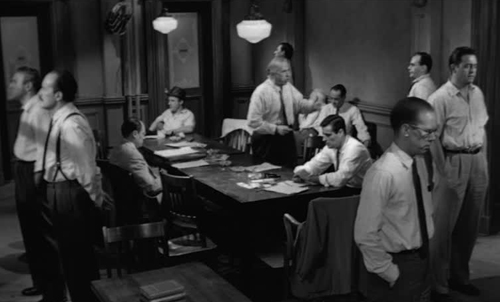