Well, it seems our Mr Steed is not such an efficient watchdog after all.

The Avengers
2.7: The Decapod

A title suggesting some variety of monstrous aquatic threat for Steed and Julie Stevens’ Venus Smith. Alas, the reality is much more mundane. The Decapod refers to a Mongo-esque masked wrestler, one who doesn’t even announce “I will destroy you!” at the top of his lungs. Still, there’s always Philip “Solon” Madoc looking very shifty to pass the time.

Madoc is Stepan, a Republic of the Balkans embassy official and the brother-in-law of President Yakob Borb (Paul Stassino). There’s no love lost between him and his ladies’ man bro, and dark deeds are taking place with the embassy confines, but who is responsible proves elusive. Steed is called in, or rather calls Venus in as a replacement, when Borb’s private secretary is murdered by Mongo. Steed isn’t buying that she slipped and broke her neck in the shower; “I shouldn’t like a similar accident to happen to you” he informs the President.

The trail leads to wrestling bouts at the public baths, where the Butcher of Islington (great name) is due to fight The Decapod, one Harry Ramsden (Raymond Adamson, without a chip or battered fish in sight). Except the fight in question ends up taking place against Georgi (Doug Robinson), one of Borb’s bodyguards, whom The Decapod, in what is getting to be a habit, proceeds to kill in the ring. Harry’s wife Edna (Lynn Furlong) claims her husband is as gentle as a lamb, and couldn’t have been responsible. She’s right, as a masked impostor was masquerading as the masked wrestler. Before long, another of Borb’s bodyguards, Sarkoff (Valention Musetti) has bought the farm and Stepan is mooted as the culprit.

Steed certainly seems to think so, confronting Stepan and announcing he will be arrested if he leaves the embassy. He learns that Stepan has been co-ercing Borb into fulfilling his duties, as the dirty goat wants to abscond; the bodyguards were mostly there to keep him in line.

Then we learn it was Borb himself posing as Mongo, I mean The Decapod; he demands asylum following a fight with the real Mongo, I mean The Decapod (the fights do go on a bit) and Steed readily agrees; “That’s fine. In that case we can charge you with triple murder”. Neither transpires when Stepan shows up to shoot Borb, not least because the ex-president has just embezzled the £10m he was given by the West as part of a trade accord (“If I don’t, someone else will”).

The twist itself is a good one, but The Decapod (one of eight scripts by Eric Paice for the series) never really springs into life as it might, despite director Don Leaver’s best efforts. The Mongo stuff is laboured, even with the Mongo vs Mongo mano a mano face-off between two masked Decapods, and there’s only so much of Borb attempting to “charm” Venus you can put up with.

Venus herself has none of the sense of wry self-composure and quick repartee we’re used to from Cathy, fitting very much into reluctant accomplice mode of Dr King. She even, mystifyingly, falls for the lecherous, murderous head of state (at the end she’s outraged at the danger Steed nonchalantly put her in; “Don’t do it again” she admonishes; “As if I would” he replies).

Madoc’s great value, though, cultivating a clipped Eastern European accent and generally behaving sniffily. Stassino oozes lechery from every pore, while Wolfe Morris (the creepy Padmasmabhava in The Abominable Snowmen) shows up as referee Ito. Much more focused on Venus than Steed, who manfully gets in the ring at one point, Macnee is nevertheless given some nice asides, including his description of the opponent of “great Balkan berk” the Decapod; “tentacles with fish fingers. He’s like a lobster, you know”. 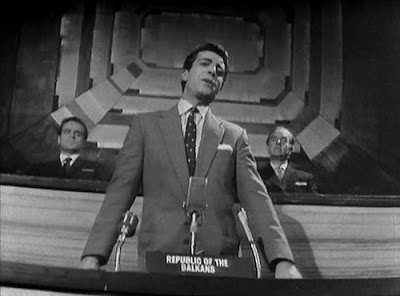 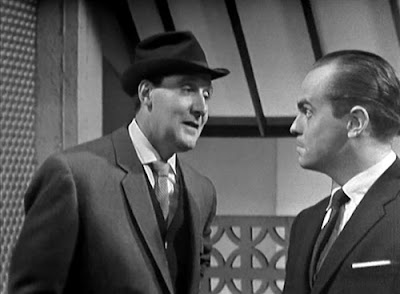 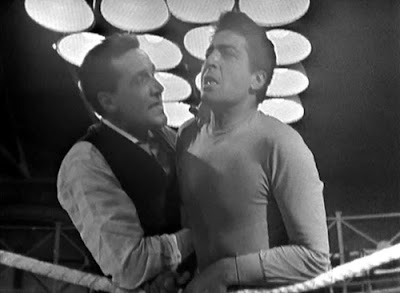 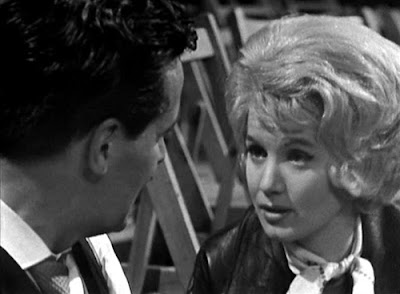 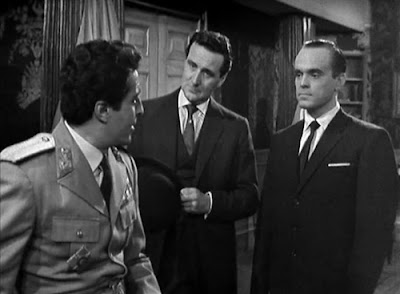