There are no serial killers in the Soviet state. It is a decadent western phenomenon.

Chris Gerolmo’s Hollywood career hasn’t been too prolific, the screenplay for Mississippi Burning aside. This was his first directorial effort, and it’s a bit rough around the edges (yet conversely featuring some nice, simple touches), but the quality of his script is unquestionable. Based on Robert Cullen’s The Killer Department, Citizen X documents the decade-long quest to capture the first (recognised) Soviet serial killer, a mission continually hampered by bureaucracy and propaganda.

Victor Burakov (Stephen Rea) a forensic specialist tasked with examining the first eight bodies (the victims would end up numbering 52) found buried and decaying on a collective farm in 1982, is appointed by Colonel Fetisov (Donald Sutherland) to lead the case, his first taste of official detective work. On first showing Fetisov is a bit of a bastard, taking cheap shots at Burakov’s presentation (“Next time, a little less diligence and a little more hygiene”) in front of the presiding committee headed by Bondarchuk (Joss Ackland, on typically loathsome form). But it soon becomes apparent that the conflict between Burakov and Fetisov is one of approach rather than objective. Fetisov has years of experience to guide him, knowing what does and doesn’t work under the Soviet system.

Burakov, earnest and blunt, announces to the committee “It is clear that we have a serial killer on our hands, already the most prolific in Russian history”, to which Bondarchuk bluntly asserts “There are no serial killers in the Soviet state. It is a decadent western phenomenon”. Burakov’s intuitions are fundamentally sound (he realises the killer is using the train system, and puts a watch on stations), but poo-pooed by his superiors, such that they bring in investigator Gorbunov (John Wood) who wants to concentrate his search on homosexuals (seized upon enthusiastically by Bondarchuk, in a plot twist that is pointed but a little too convenient).

Burakov learns the hard way about the need to finesse a situation to get what one wants (or to say what needs to be heard and then do what you want to do anyway). His list of what is needed to progress the investigation (more men, computers, publicity and contact with the FBI) falls on deaf ears, since it admits inadequacy and, worse still, announces it. At one point the spectre of the Secret Police taking him away is raised, as the vituperative Bondarchuk asserts “Wouldn’t you say that you yourself would make a good suspect?” (there are some fine little complementary scenes where Imelda Staunton, as Burakov’s devoted wife, sooths her husband’s troubled brow).

It reaches the point where, after five years on the case, the sensitive and diligent Burakov has a breakdown (“Is the man to whom we have entrusted the safety of our children crying?”) and it’s the point where Fetisov comes out from behind his deference and stands by his man. Fetisov later apologises, on learning how the FBI rotates its staff of serial killer cases every 18 months due to the damage prolonged exposure can do to the psyche.

The relationship between Burakov and Fetisov is a delight of growing respect, playfulness and ribbing. The witty Fetisov’s sense of humour slowly rubs off on Burakov, while Fetisov discovers that after “spending enough time with a lion, the idea of roaring seems more and more reasonable”. Gerolmo’s dialogue is a constant pleasure, and he has assembled a perfect cast, rather than starry faces, to deliver it. Fetisov advises that “The strength of bureaucracy is measured by its ability to resist giving anyone special treatment”. In response to an early accusation from Burakov regarding his willingness to please his superiors, he casually comments “You’re right. I should spend more time trying to alienate them. Perhaps you could teach me”.

Sutherland is quite marvellous in the role of Fetisov. Always an underrated actor, he’s an easy go-to as a villain (The Hunger Games) but at his best when allowed to give his natural quirkiness and sense of humour free rein. Instructing a squad of guards to make their “Stop and Search” policy abundantly clear, as a means to entrap the killer, he asks them if they think they can perform this role without subtlety, discretion or tact, to which they respond as one “Yes, Comrade General!”.

Fetisov does manage to enable one of Burakov’s requests, that of bringing in a psychiatrist to consult on the case. The Exorcist-like, the specialist in question turns out to be Max von Sydow’s Dr Bukhanovsky, prone to such insights concerning the duo as “May I say, together you make a wonderful person”. Indeed, Rea and Sutherland exchange the same line of dialogue when they both blow gaskets at different points (“You handled that quite deftly”). The chemistry between them is so strong that it’s an embarrassment of riches when von Sydow also enters the scene (“Being a hero is enormously taxing. I’ve only been doing it seven or eight minutes and already I feel enormously enervated”). His scene as interrogator is a master class in straightforwardness as, after seven days of Gorbunov grilling the suspect to no response, Bukhanovsky simply reads Chikatilo (Jeffrey DeMunn) the report he has prepared; so profound are the insights that the murderer breaks down and confesses.

DeMunn, most recently seen as a notable regular in The Walking Dead, gives a powerfully contained performance as Chikatilo (except when committing his murderous acts). As a colleague of Burakov comments at one point, “I don’t think he’s savage enough” (Gerolmo is mostly oblique with regard to showing his most extreme behaviour). His reveal as a family man goes against the expected serial killer form (in movies at least; there seem to be quite enough Fred Wests and John Christies in the real world), and it might be said the connection between his day-to-day stresses and outlet of murder is a little too systematic; if he has a bad day on the job (“This is the man who stopped our work today” announces his superior, parading him on the shop floor) or at home (“Pathetic” mutters his wife Tusse Silberg after failed sexual congress), off he trots to the station. But DeMunn makes Chikatilo all the more chilling for being resolutely average, rather than overtly depraved.

Gerolmo’s directorial approach is mostly unadorned, but he adopts different methods to illustrate Chikatilo’s acts; the killing of children is sensitively, rather than gratuitously, portrayed (repeated falling bodies in slow motion). Chikatilo’s cannibalism is limited to one shot, of his bloodied face, but it’s all that’s needed to make the point. This contrasts with the stark frenzy as he repeatedly stabs a woman (one wonders if Fincher saw this before making Zodiac). The pathological details of the killer’s sexual impulses and acts are discussed in matter-of fact-detail, something one might expect a big screen version to skirt around. Then there’s the transgressive manner in which a boy urinating in a field uncovers a corpse, a visual metaphor for the way in which the state has refused to admit to what is going on, allowing the case to drag on at the cost of more casually forgotten lives.

Citizen X benefits from the lack of thriller trappings, not required to turn its narrative into a race against time or amp up the tension of the hunt. The hindrances to Burakov’s investigations are integral to the story, and it’s more than six years after bringing in Chikatilo for initial questioning (“Are you aware that your suspect is a member of the communist party?” lambasts Bondarchuk) that he is finally apprehended. Child 44 is expensive and glossy, with a showy central performance from Tom Hardy that couldn’t be more different to Rea’s contained, pensive empathy, but it completely fails to tell its (sprawling and reframed) story, while also lifting a notable visual from this feature (the crushing of a kopek on rail tracks). Yet, despite sticking determinedly to the very grim details of the case, Citizen X is frequently a very funny piece. Gerolmo understands and navigates expertly the need for such fare to respect the horrors involved while balancing the accessible human element. Citizen X can currently be found on YouTube.

*Addendum 11/07/22: Of course, if the Soviet doesn’t, in fact, have very many serial killers, it maybe reflective of their failing to utilise an equivalent of decadent western phenomenon MKUltra there in order to fan the fears of their citizens. 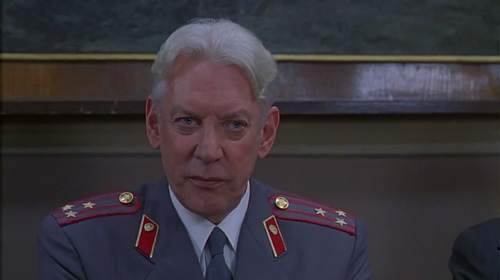 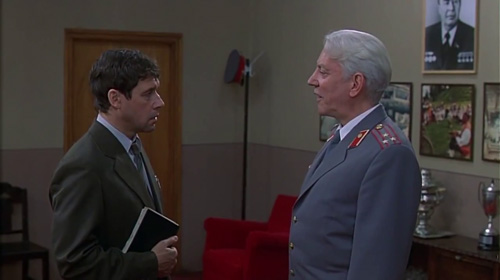 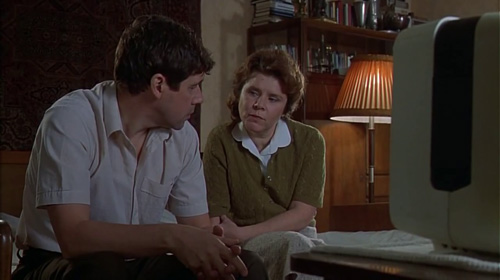 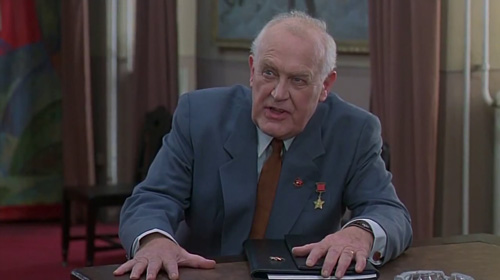 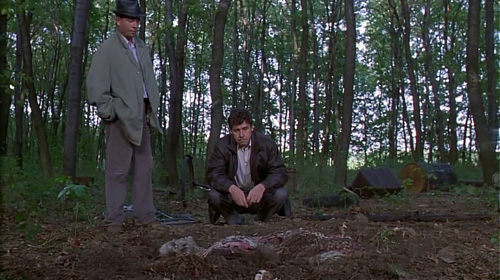 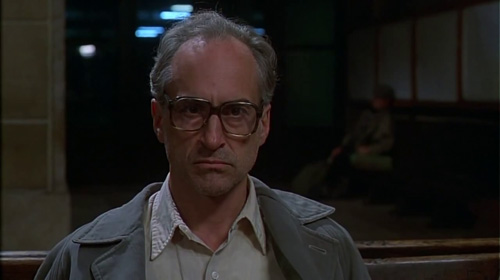 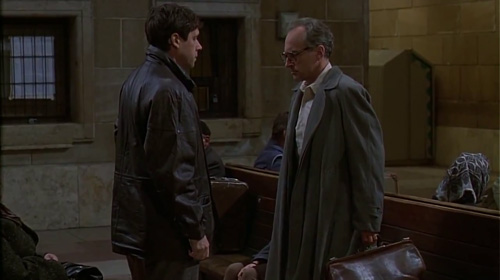 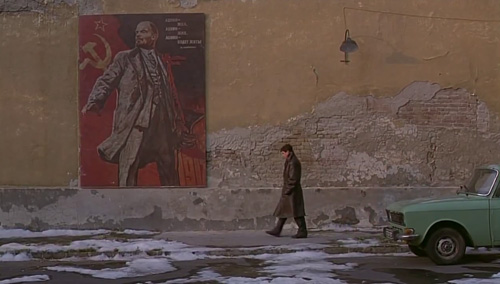 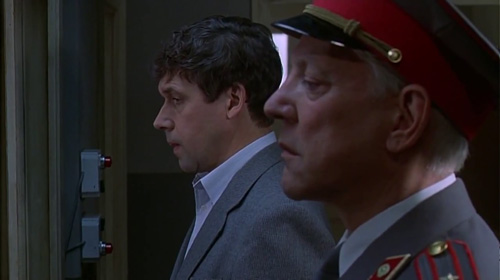 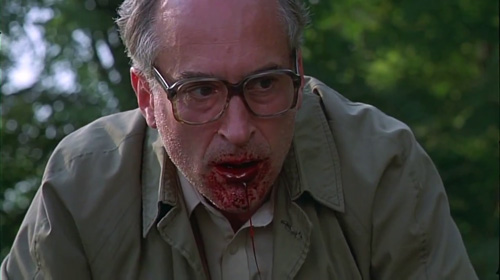 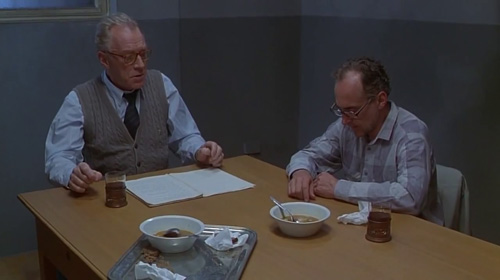 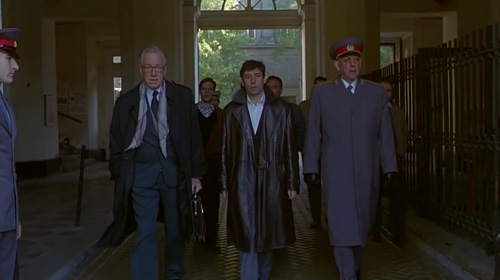