I do not recall, sir, but it was opprobrious.

Jeeves and Wooster
1.3: The Purity of the Turf

Very Good Jeeves and The Inimitable Jeeves are mixed and matched to enjoyable effect, albeit not quite as potently as the previous two episodes. First up is Indian Summer of an Uncle, in which Aunt Agatha is most unimpressed to find her brother George has fallen for a young waitress. Romance across the classes, and the snobbery it inspires, is not an uncommon theme in Wodehouse’s writing. Bertie has no such hang-ups, of course and is reluctantly inveigled by Agatha to buy her off with £100 (“Dash it, Aunt Agatha!” at which he is reprimanded for using foul language); his view of Uncle George as an “old fathead” is down to his elderly status and her youth.

The plot sticks closely to the short story, with Jeeves deceiving Bertie into putting on a dinner at which Rhoda Platt’s Aunt Maudie is invited (Mrs Wilberforce). It turns out that Maudie is the same barmaid George was smitten with thirty years earlier; she may be a commoner, but she is an age-appropriate commoner and first love reignites with a passion. Such underhand behaviour isn’t unusual for the manservant, albeit Bertie’s initial indignity usually subsides quickly in the face of Jeeves saving him from a worse fate. This time, however, a hasty exit from London is necessary before Aunt Agatha meets Mrs Wilberforce (she wonders to which of the noble Wilberforce families she belongs).

The twist with Maudie is a nice one (she calls George “Piggy”) but there’s a feeling that the plot is over before it has really kicked in; better use is made of the class divide plotline in the Season Two finale (Jeeves the Matchmaker), where Bingo falls for waitress Mabel. Still, there are many incidental pleasures; Bertie’s impatience with Jeeves’ digressions concerning “Pittsburgh chorus girls” and “Never mind the poet Burns, Jeeves” while he himself suggests, “Remember what the poet Shakespeare said, Jeeves” before describing a hurried exit pursed by a bear (this is a good episode for literary allusions).

Then there’s his first encounter with Maudie, who thinks he’s a doctor and proceeds to show off her knee (“Well, terrific”); the increasingly bashful Bertie feels the need to correct matters, having been promised she will show him her back next. We’re also privy to Jeeves’ loaded assertion that the upper classes could to with a “much needed injection of fresh blood” and that Maudie, as “sturdy lower-class stock” fits the bill. George is noticeably less stout than in the short story, but Nicolas Selby makes a decent fist of him, and Paula Jacobs is suitably raucous as Maudie.

Bertie’s now customary song is Good Night Vienna (it is pursuant to this that Jeeves’ starts talking about Pittsburg), amusingly not knowing the fully lyrics (“City of a million something or other”) and adapting it to suit his valet (“Good afternoon Jee-ves” to which Jeeves, nonplussed and non-singing, replies “Good afternoon, sir”)

Bertie flees to Twing Hall, presided over by Lord (Jack Watling, Professor Travers in Doctor Who’s The Abominable Snowmen and The Web of Fear) and Lady Wickhammersley (Richendra Carey), although mainly the latter, sees a brief reappearance by the recently married Piggy and Maudie (obviously, an amendment to the novel).

The Purity of the Turfis paired with The Great Sermon Handicapin The Inimitable Jeeves, although that one never made it to the screen (it did in the Ian Carmichael run). Both feature one Rupert Steggles, played by Richard Braine on nefarious, dodgy form; very different to his Gussie Fink-Nottle in Seasons Three and Four (Richard Garnett’s drippy rendition of Gussie in the first two seasons is the easy winner for me).

Steggles has set up a betting syndicate in respect of the upcoming village fate, and Bertie and Bingo are keen to have a flutter, all of which is in direct opposition to Lady Wickhammersley, who has banned gambling after her husband lost the East Wing (it was rescued). Steggles proceeds to fix all the events, and nobbles the sure thing of portly choirboy Harold (Ben Davis) with a well-placed beetle.

Jeeves’ account of his discovery of Harold’s speed finds him reluctant to divulge the “opprobrious remark he made about my appearance” (“I do not recall, sir, but it was opprobrious” – for which he intended to clip him on the side of the head) but he yet again saves the day by perverting Bertie’s worst laid plans. Bertie has entered Bingo, smitten with a waitress, in the eighty-yard dash for mature gentlemen (how this is allowed remains a mystery) and refuses to listen to Jeeves’ doubts over the wisdom of a bet that will return negligibly. Jeeves, aware of how facile Bingo is romantically, introduces him to Beryl (Ruth Burnett), who distracts him only for Bingo to take a slow-motion tumble and lose. Naturally, Jeeves failed to follow Bertie’s instructions and backed Charlie Bembo at 15-1. He also shopped Steggles to Lady Wickhammersely, after taking the winnings.

Bertie: Jeeves, you’re a wonder.
Jeeves: Thank you, sir. We do our best.

There’s also more golf, following on from the previous episode, and Bertie’s luck is no better (“What a ridiculous place to leave a tree”; we don’t see the indignity Jeeves suffers in climbing up to fetch the ball). As lively and enjoyable as this is, it doesn’t quite have the precision of some of the very best of the series.

Indian Summer of an Uncle (Chapter 10, Very Good, Jeeves)
The Purity of the Turf (Chapter 14, The Inimitable Jeeves) 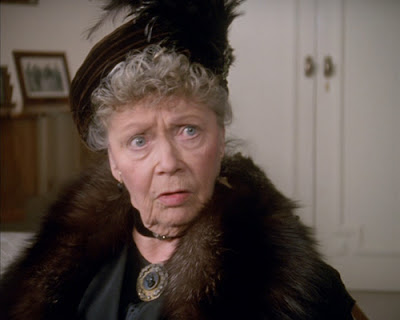 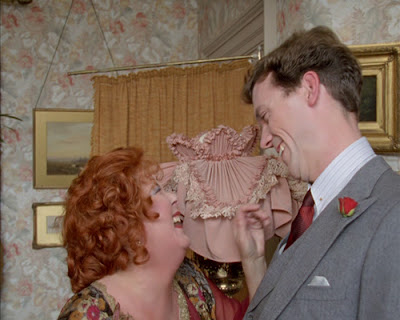 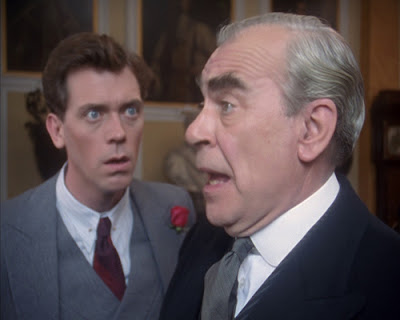 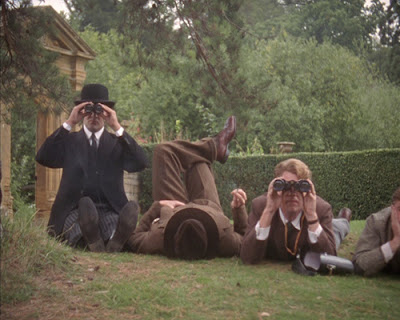 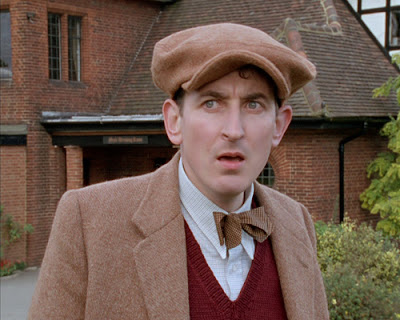 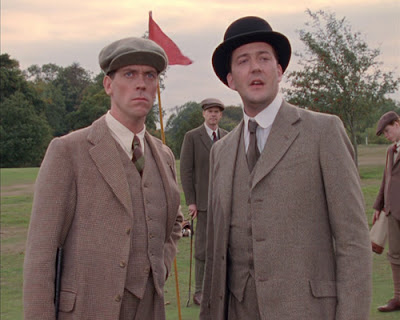 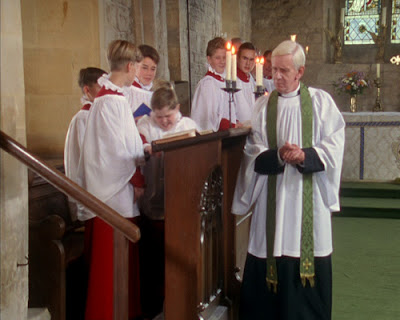 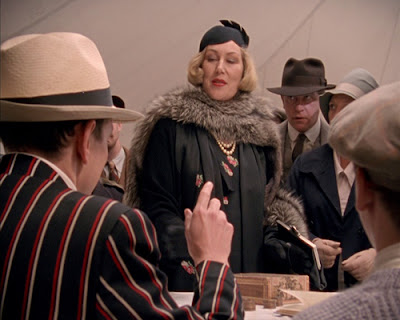 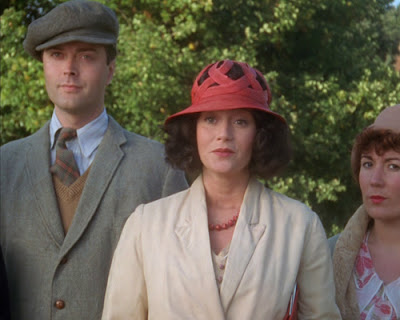 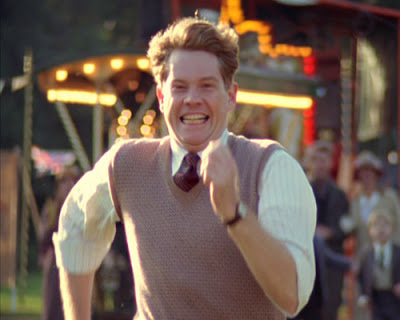