Mr Wooster is an eccentric.

Jeeves and Wooster
1.2: Tuppy and the Terrier

Episode Two includes some comic gems, particularly an uproarious set piece at the conclusion, but it feels much more as if it has been stapled together than the opener. That maybe have been inevitable as, unlike The Inimitable Jeeves, Wodehouse didn’t thread any connective tissue through the three short stories sourced from Very Good Jeeves.

The first of these takes the meat of Chapter 3, Jeeves and the Yuletide Spirit, and a visit to Skeldings, but it isn’t Christmas in this version. Bertie is still “in love” (a rare case, generally he is running from any suggestion of congress) with Bobbie Wickham (Nina Botting, later played by Niamh Cusack) but he isn’t out for revenge on Tuppy. Instead Barmy (Adam Blackwood) acts as Wooster’s antagonist in a duel of hot-water bottle holing (this is probably, understandably, because Tuppy is central to the third act).

Consistent is Jeeves’ disapproval of Miss Wickham, “a young lady with a keen sense of humour” who is frivolous and lacking seriousness (“larkiness”: she puts both Barmy and Bertie up to hot water bottle puncturing just for the giggle) as, is the outcome in which the victim(s). This was originally Sir Roderick Glossop, but now it’s the so-so original characters of Professor and Aneta Cluj (Michael Poole and Zulema Dene) who apprehend Bertie (his dressing gown caught on the door), take his room and then experience a repeat incident at Barmy’s hands. Jeeves is, of course, proved right when Bertie learns of Bobbie’s behaviour (“Love is dead”).

The double hot-water bottle prank is effective, although we only see the first incident. The superior part of this section is actually the opening Drones golf tournament, in which Barmy suddenly becomes proficient due to a swing timer (so giving Bertie motive for revenge) and McIntosh’s barking puts Bertie of his swing. The comic highlight has Bertie send the ball flying off towards the marquee to the sound of metal and a silver platter going flying as waiter is brained.

Next adapted is Chapter 5, The Episode of the Dog Macintosh. Here, Bobbie gives away Agatha’s Aberdeen terrier to the son of stage producer Blumenfield (Billy J Mitchell). As ever, there’s a healthy contempt for rich spoilt brats on display (Anatol Yusef, who plays Sidney Blumenfeld, has recently guested as Meyer Lansky throughout the run of Boardwalk Empire). The Blumenfields will return in Season Three. The solution has Jeeves find a replacement pooch which he exchanges for Macintosh, when Mr Blumenfield calls, demanding to see Wooster. Who is hiding behind the sofa. For the second time in as many episodes, Bertie’s sanity is used as a get out of trouble card; “Mr Wooster is an eccentric”. Laurie gets to do some fake sleeping, which is funny.

The highlight of this plot thread sees Bertie turn dog-napper. Having put aniseed on his trousers to attract hounds, he enters the hotel where McIntosh is held pursued by pack of mutts (Young is very good laying down his untelegraphed visual gags). To a baffled Savoy hotel guest who can smell his legwear, Bertie announces “It’s alright – it’s the aniseed!”

We have seen Tuppy, the George Costanza of Jeeves and Wooster, briefly in Episode One and being a sandwich guzzling sap in the first sequence of this episode. This is his first showcase, though, and Robert Daws is a perfect fit for his gluttonous, hot-headed bluster.  Jeeves and the Song of Songs is Chapter 4 and it’s such a choicely constructed piece, Exton needs do little but wind it up and let it go.

Tasked by Aunt Dahlia (the wonderful Brenda Bruce; Dahlia would change face each season) with putting an end to Tuppy’s interest in opera singer Cora Bellinger (Constance Novis) due to his disgracefully dropping cousin Angela “like a hot brick”, Jeeves devises a plan by which three recitals of Sonny Boy at a church hall concert (first Bertie, then Tuppy, then Cora) are met with hails of vegetables in the latter two instances (Jeeves later advises that there were two prior recitals before Bertie came on stage).

The delight of this is the slow reveal; we can tell something is up when Bertie goes on, and it’s only Reverend “Beefy” Bingham (a Blandings character, played by Owen Brenman) that keeps them in line. It seems that all is lost when Cora does not see Tuppy’s performance, since the point seems to be her witnessing his failure. But Jeeves’ suggestion that Cora sing the song, at Tuppy’s request, is the cherry on top. If the other segments are solid, this one is a classic.

It’s also littered with amusing comments on the lack of appeal of opera (“Isn’t she wonderful at the loud bits?” says an uncomprehending Tuppy; “Good God!” is his response to the news they have only reach the end of the first of four acts). Tuppy doesn’t seem on the verge of betrothal here, unlike in the story, but Bertie’s comments on her appearance are consistently mirthsome; “reminds me of a chap we used to play rugby with” he informs an unamused Tuppy. Later, asked what she’s like, he replies “Bit on the lines of the Albert Hall”.

There are more fashion choices in the mix; as a reward for services offered, Bertie invites Jeeves to dispose of the plus fours that met with his disapproval. This week’s song is Forty-Seven Ginger-Headed Sailors, to which Macintosh takes an evident fancy (“likes my singing”) and Jeeves’ “Sir” in response to “It really speaks to me, that song” is glorious. 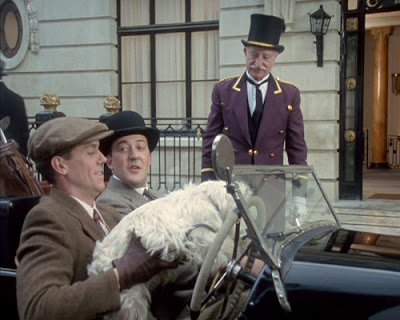 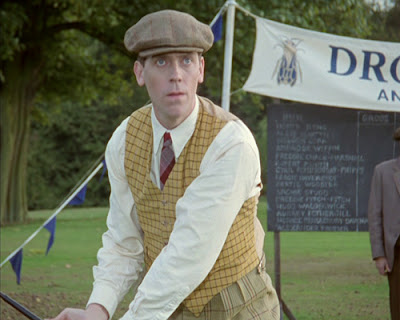 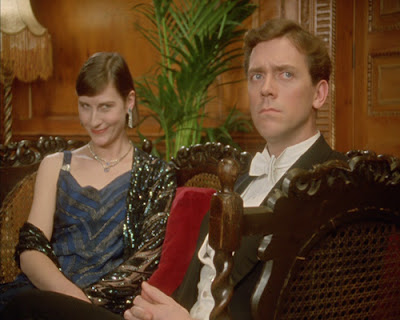 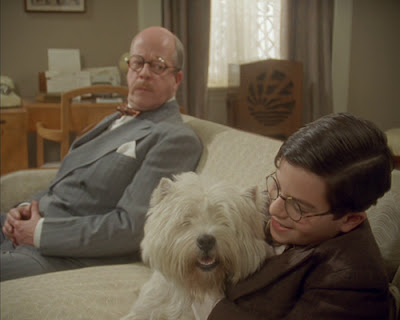 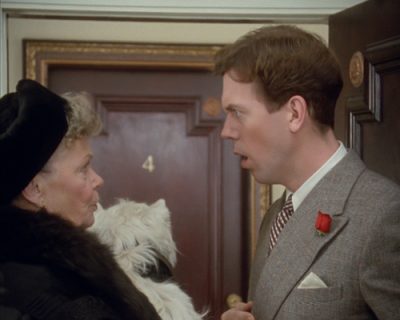 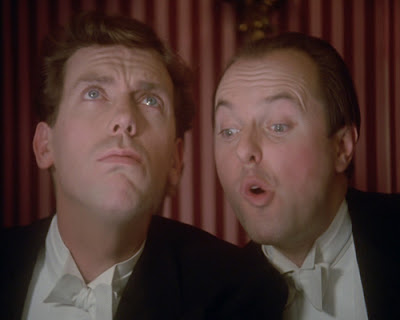 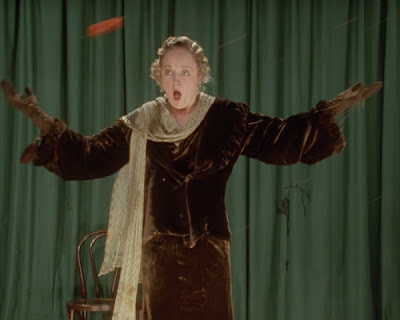 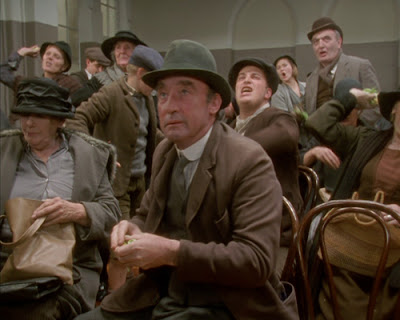