In the old days, childbirth was a much simpler affair.

Thus far, Star Cops has maintained a degree of consistency. Nothing that gets into five-star territory, but nothing below average either. That changes with A Double Life (if titles are any indication of the show’s quality, this one certainly sucks), a feeble story taking in cloning, doppelgangers and another opportunity for the series’ unswerving appetite for stereotyping any given nationality or race; this time it tries its hand at Arab culture.

John Collee scripts again (and the next too), but Christopher Baker is back in the director’s chair and one’s instantly aware of the dissipation of atmosphere (and turning up of lights). There are a few neat little ideas thrown into a plot concerning the kidnapping of the embryos of rich Arab woman Chamsya Assadi (Nitza Shaul), such as the doubling of one’s chances of conception on the Moon. There’s also comment on the deluge of individuals ending up in space looking for a living, “Like trying to keep tabs on a gold rush”. There are also chromosomal fingerprint tests. Less impressively, people make coffee in the same old way and relax in makeshift Moonbase chill out rooms with bargain basement chairs.

Madam Assadi who has “got to be the world’s most unpopular woman” and is related to a royal family, proceeds to take the law into her own hands and, in typical Star Cops fashion, is given to phrases such as “There is a saying in my country…” Shaul isn’t really very good, unfortunately; hers is one of those performances that’s so uncertain you half believe she might be intended as the perpetrator from the first scene. Which I guess provides a level of unintentional intrigue that isn’t really there.

Devis: Perhaps he had a twin.

It’s Devis’ oafish to-the-point-ness that gives Nathan his insight into the culprit behind the abduction. It isn’t concert pianist James Bannerman (Brian Gwaspari), despite his matching DNA; it’s his double Albi. Albi gets the best line in a bad bunch (“They’ve sent me a big fat hostage”, describing Devis), but his motives and behaviour are banal (he wants revenge for Assadi’s murder of daddy Cyrus Tiel).

Devis is typically tactless throughout, although one begins to wish he would show similar abandon in eviscerating of the script. “She probably flushed the bloody things down the loo” he concludes after the embryo abduction has taken place. He manages to insult Anna Shoun, although given Sayo Inaba’s performance that’s at least understandable (“Well, I told her she was too fragile for this sort of work”). Anna is given some quite good comebacks to slobbish Devis (“If you were more sophisticated, I might share your sense of humour”) but they mostly fall flat due to the delivery.

Shoun: My problem is a spiritual one. As a Buddhist I’m committed to the preservation of life.

Anna’s disinclination to kill is displayed as something odd, so obviously she needs to come around and be required to kill someone for the climax. Which she duly does. Just as it looks like there might be serious emotional and psychological fallout from this, Devis gets her to laugh. See? Killing people isn’t that bad after all!

Elsewhere, Krivenko shows himself to be a meddling arse, keeping Assadi informed of events so as to keep her sweet on Moonbase funding, which leads to Bannerman being kidnapped. Eric Ray Evans gets to flag up his limited range again, while Kenzy actually calls someone a “great galah”.

Spring: In the old days, childbirth was a much simpler affair.

This is dull, uninspired stuff. It’s a pretty bog-standard plotline that, aside from the clone conceit, could have been used in any detective show thriving on the unlikely (a Jonathan Creek, for example). As such it’s no one’s finest hour, although Box has a mildly amusing sequence where he’s taking the piss out of Nathan. Who only merits comment for another pointer to his Morse-like qualities; he’s clearly really enjoying the opera compilation David gives him. Oh, and for the very silly visual gag in the last scene where Kenzy sees a double of Nathan on the shuttle. 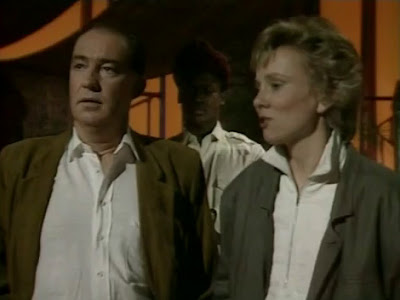 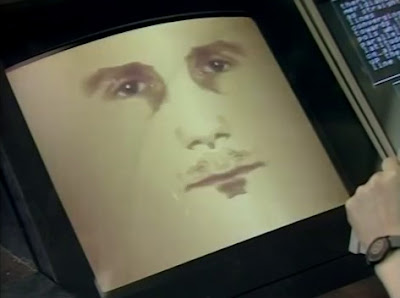 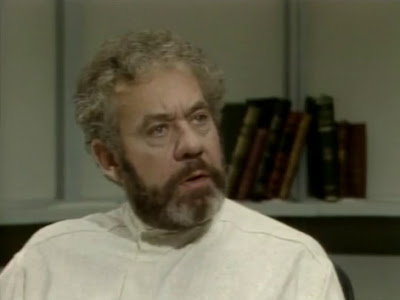 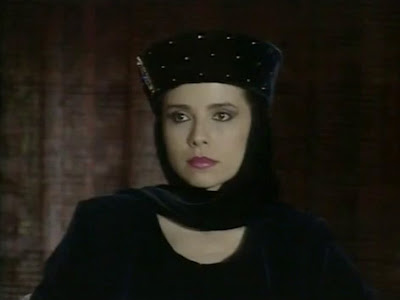 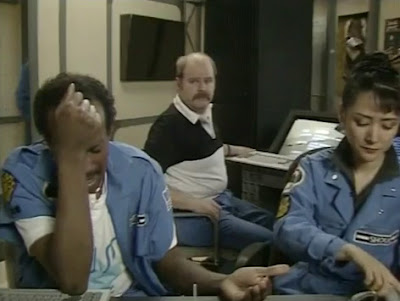 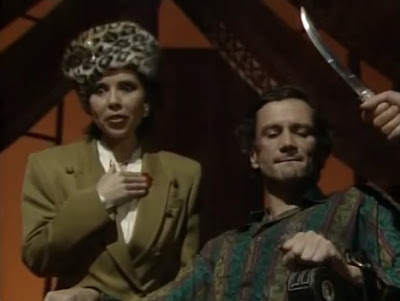 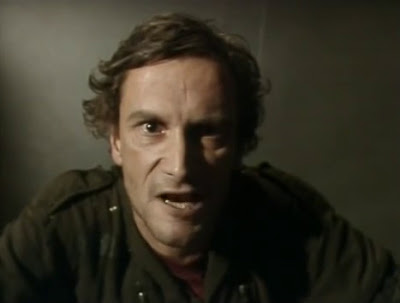 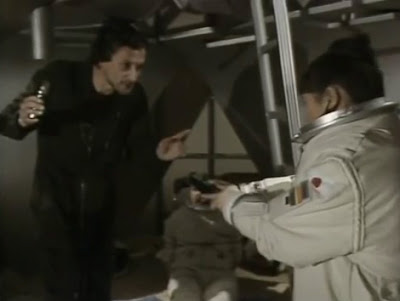