You’re the kind of machine who should be working for us.

Michael Caine has made so many spy movies, a few are bound to have fallen through the cracks. It’s especially a shame that The Black Windmill, with its proto-Ransom/ Taken premise and a fine director in Don Siegel, fresh from career renaissance maker Dirty Harry and follow-up Charley Varrick, doesn’t quite live up to the talent involved. Still, neither does it deserve it’s all-but-forgotten status.

Caine’s Major John Tarrant is on the trail of an international arms syndicate/sabotage ring, so they only go and kidnap his son and demand a ransom (£517k in uncut diamonds; about £6m in today’s money, so not that much really, not for an international arms syndicate, anyway). It becomes clear that contact “Drabble” (McKee, played by John Vernon) knows an awful lot about Tarrant, who he works for and what he’s investigating, which can only lead to the conclusion that someone in British Intelligence is helping him. All Tarrant wants is his son back, but his superiors have other priorities, which include the suspicion that Tarrant may be in on it. This state of affairs isn’t helped any when McKee places evidence in Tarrant’s flat suggesting an affair with his associate Celia Burrows (Delphine Seyrig).

So there’s a potentially effective web of intrigue and mystery set up. An additional layer comes with Tarrant’s friction with his ex-wife Alex (Janet Suzman). This isn’t explored to its full potential since her characterisation is undercooked, but the gist is that the security services killed their relationship and ruined Tarrant as any kind of decent person.

The chief problem with The Black Windmill is that Tarrant is too passive a character for too much of the duration. This might be explained in part by everyone noting how composed he is (“Isn’t that what I’m trained to do? Hide my feelings?”) but he’s continually pushed around by both his bosses and by McKee. He never really gets to show much initiative either; the means to get hold of the diamonds is intentionally laid out on a plate for him, and McKee’s dropping of the location of his kidnapped son is pretty foolish given the elaborate plan to hang the operation on Tarrant (which involves Tarrant being arrested, and hopefully not spilling everything he’s learned –including the windmill – before McKee can have him immediately abducted and killed).

In short, Tarrant isn’t the most satisfying of protagonists, although Caine, at his lizard-eyed zenith (the period ’65-75 is probably his most consistently satisfying period as an actor, and there’s certainly an awful lot of dross in the decade that follows). His impression of his RP boss isn’t up to much, though. Anyone watching this would scarcely believe he’d one day get an Oscar for delivering a very ropey American accent. This is also an early sign of fashion disasters to come, with Caine not only sporting garish suits and oversized ties, but also experiencing the onset of his random “stylish” spectacles faze. A full decade where you’re longing for the return of those NHS specs.

The supporting cast are solid, although the honours go to Donald Pleasance, who seems to be doing something wildly interesting in whatever I happen upon him in lately. He’s Tarrant’s superior Harper, a nervy man with a particularly obsessive habit of playing and straightening his moustache. Pleasance makes the tic powerfully distracting, such that it becomes the focus of any scene he’s in. Harper’s described as someone who “If he hasn’t solved The Times Crossword by ten in the morning, he has to go to his doctor for a check-up”, and his first appearance finds him misnaming a suspect as Sean Connery, to the disbelief of his superior and the rolled eyes of Caine. Pleasance even has a scene where he makes shredding compelling.

Vernon, four years from legendary status as Dean Wormer in Animal House, previously worked with Siegel on Dirty Harry, and he’s suitably implacable and ruthless. The sort of guy who has no compunction in torturing a child (fairly brutal this, even though its off screen), less still dispatching his associates/ girlfriends. Mentions too for Julian O’Connor, Joss Ackland (positively svelte and sporting a magnificent hat), Catherine Schell (gorgeous as ever, and in a single sceneeffectively putting the fear up Harper as a nympho lush), Clive Revill, a pre-Watson Edward Hardwicke and David Daker.

The plot, adapted by Leigh Vance (who mostly worked in TV, including The Avengers, Mission: Impossible and Strange Report) from Clive Egelton’s novel Seven Days to a Killing, has its share of unlikely incidents (including the hows and whys of the bad guys showing up when they do and how they do for the opening abduction), but Siegel keeps things zipping along. Indeed, his non-local eye for the sights and sounds of London is particularly arresting, making this altogether fresh and vibrant visually. There are a series of notable set pieces, including a pulse pounding Tube chase (Daker after Caine) and a simple but tense sequence in which Tarrant slips back into England from France through Customs.

The showdown is pretty standard stuff, though, effectively staged but really just Caine showing up at the titular location (which suggests something much more intriguing and vital than it actually is) and getting handy with a machine gun (ending with McKee being bloodily bullet-riddled in the nethers).

There’s a feeling that with a few more drafts this could have been closer to Le Carré in presenting a jaded approach to the Intelligence Services, shifting the focus from the fairly straightforward criminal antics of the villains. Roy Budd’s so-so presence on the soundtrack is also a reminder of superior things, in particularly his Caine outing a couple of years prior, Get Carter (when Caine’s summoned to the phone, “Is there a Mr Trapp in the house?” it’s a near quote of Carter). If only Tarrant had ordered that pint in a thin glass. 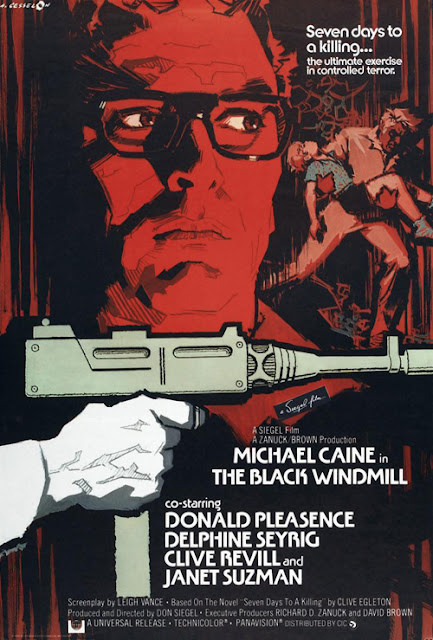 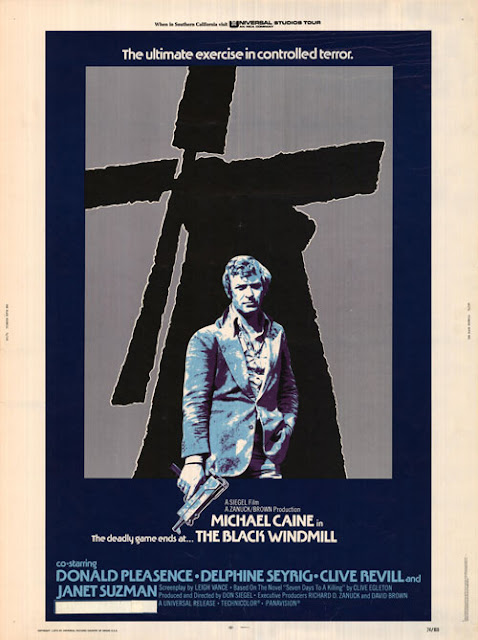