I want you to break into a place and steal some shit.

Ant-Man is good fun, low stakes and likeable, but it’s definitely a lesser Marvel effort. This has nothing to do with the scale of the superhero in question. Rather, it’s the lack of zip director Peyton Reed injects into the proceedings. There’s nothing much wrong here, and there are regular laugh-out loud moments (mostly courtesy of Michael Peña) but the overriding sense is of a middling movie: serviceable and for the most part unremarkable. Reed, replacing Edgar Wright after his kind-of-not acrimonious parting of ways with the studio, has done a resolutely competent pick-up job.

One only has to look at Joe Dante’s Innerspace to see how much fun can be had with the micro-world, and when Reed gets on board with the prevized set pieces that were (probably) part of Wright’s vision for the picture, there’s more than enough flair and exuberance to ignite the proceedings. Elsewhere, however, his basic shooting style and static approach to scenes makes Ant-Man drag quite badly. This one of the few Marvel movie coming in under two hours, but it feels longer.

And it really shouldn’t. When the other Marvel picture of the summer suffers from bloat and first-degree third act fatigue, the differing tack taken with Ant-Man ought to have been a breath of fresh air. The plot is basic and the more robust for it; small time burglar Scott Lang (Paul Rudd), freshly out of prison, is doing what he is doing, to ensure he has access to his daughter. Hank Pym (Michael Douglas) “hires” Scott to prevent the miniaturisation technology he developed from being used for nefarious purposes. The picture is basically the planning of a heist, the execution of which benefits from being contained and delineated in a manner that could teach Marvel climaxes generally a thing or two from (one does wonder, though, in this IT age, that the burgled building has zero disaster recovery and everything important is apparently held on site).

Likewise, the subsequent big fight between hero and villain (Corey Stoll’s Darren Cross in the guise of Yellowjacket – a cool virtual costume you wouldn’t know was virtual) is appealingly personal, taking place in the bedroom, and in particular across the train set, of Scott’s daughter (the cute without being irritatingly so Abby Ryder Fortson). A string of inventive moments punctuate the scene, as the picture plays with enlargement (first an ant, and then, most uproariously, a Thomas the Tank Engine) and cosmic quantum trippiness as Scott shrinks to a subatomic size (much as I enjoyed the fractal craziness here, I could have done with the bit more emphasis on the brain frying; as with the majority of Ant-Man, it’s a touch too diluted to really leave the viewer buzzing).

In getting to this point, Reed and Adam McKay’s rewrite of Wright and Joe Cornish’s screenplay embraces numerous characters and elements that should coalesce with a surfeit of zest, but end up overly and safely arranged. Too often, Ant-Man resembles a standardised, production-line piece of work; basically, what you get if you strip Wright out of the equation (which is, of course, why Marvel did exactly that). Reed may do well enough with the jokes (but they don’t fly thick and fast the way Shane Black pumps them out) but he lacks the visual chops of even his least masterful Marvel predecessors (let’s face it, most of their movies aren’t in the most dynamic of hands); in terms of pace, this is most similar to the disappointing first Captain America. That it has more flair than Cap is mainly down to the fun characters.

Luis (Peña), Kurt (David Dastmalchian) and Dave (T.I.) are Scott’s criminal buddies and sidekicks, there to help bring off the heist and offer the necessary comic relief. Most of this tends to the successfully silly side, and Peña in particular is having a ball, but – the odd moment aside – you’d be forgiven for thinking this was interchangeable any big studio broad strokes US comedy. The exceptions are Luis’ “tip” montages, re-enactments of incidents in which he voices each character we see (including, most amusingly, Anthony Mackie’s Falcon); whether it is or not, this is exactly the kind of thing we expect from Wright (most notably in his “What if we…?” fast-cut speculative scenarios from Spaced onwards).

Ant-Man is so very safe and cosy, it really needed Wright’s zest to mould into something that stood out. I mentioned Dante above, and his is a similar kind of thing; just having an off-kilter sensibility will by necessity warp an otherwise studio picture into something more distinctive and idiosyncratic (an early promotional video for military uses of miniaturisation provokes a smile, but doesn’t have the barbs Dante or, say, Verhoeven would have brought to the material). The Wright-cast Rudd is the embodiment of this; he’s agreeable, affable, and wholly unassuming, which just about sums up Ant-Man.

Scott, the absent father, even has well-meaning ex (Judy Greer, wasted again in a 2015 summer blockbuster following Jurassic World; I hope she got paid well) and her antagonist new beau, cop Bobby Carnavale, to deal with; the picture’s sop is that Carnavale comes round to being best of chums with Scott by the end. It’s that kind of movie. Which is fine, feel-good endings are fine; I just wish it played out with a bit more verve. A great deal is made of Scott being a burglar not a robber; he abhors violence. So it’s ironic that his graduation to the status of superhero requires him to kill a man, and that he should be completely unfazed by the act; in any another Marvel movie this would be par for the course but, with the moral centre shifted closer to the everyday, tonally it’s a bit off.

The askew setting does pay dividends in terms of the depiction of, and contrast with, the greater Marvel universe, however. Michael Douglas is pretty great as Pym (the de-aging effects in the opening scene are first rate too) and adds a bit of class to any scene he is in. There’s an abundance of emotional clichés powering the picture, and Pym’s guilt over past failures needs someone with Douglas chops to work.

Evangeline Lilly gets to be pissed off and little more, but I’m looking forward to seeing her as the new Wasp (the “It’s about damn time” really shouldn’t be commended for “turning” failure into triumph on the part of Marvel ignoring female superheroes, though; they’ve still gone the best part of a decade without a female-led superhero movie).

Stoll is thrown a lousy villain role with a daft motivation (the suit’s affecting his mind! So that’s why he creepily shows up in Scott’s daughter’s bedroom). It would be fun to have a villain in a Marvel movie who could actually have some fun, who you loved to loathe (Loki nearly qualifies, but he’s already become too much of a heartthrob).  Unfortunately, that seems as far off as ever. The closest we get to this kind of thing is Cross reducing a dissenting voice to a puddle of mush in a gents, and testing the shrinking effect on a poor ickle lamb, but they’re both better as visual gags than anything Stoll is able to bring to the table.

The visuals are great when they arrive, of course, with some pretty nifty macro-photography to enhance the backgrounds. The ants aren’t photo-real, presumably because Marvel didn’t want audiences to flee theatres in revulsion, but neither are they distractingly CG-looking. Mostly, one is wondering how Wright might have done all this (better is the self-evident answer), but the montage sequences with Scott learning how to use the suit and talk to the ants do the job in predictable but pleasant fashion.

There’s a fight with Falcon that tickles (Mackie’s a good sport, although let’s face it his character needs the exposure) and leads to the final credits sequence setting up Ant-Man’s appearance in Civil War and as a possible Avenger. I can’t say I can remember anything about Christophe Beck’s score.

Perhaps given the turbulent production history, we should be grateful Ant-Man is as watchable as it is. It can’t help but slightly disappoint though, landing on the Thor end of the spectrum of Marvel pictures that can’ quite rise to the occasion. Thor doesn’t surprise me because he’s always seemed a bit of stodgy deal (he works better in company), but Ant-Man had the potential to surpass Guardians of the Galaxy in the funny and inventive stakes if it had been treated sufficiently sympathetically. Instead, it’s an adequate Marvel movie, which is probably why it will end up with adequate rather than spectacular box office takings. 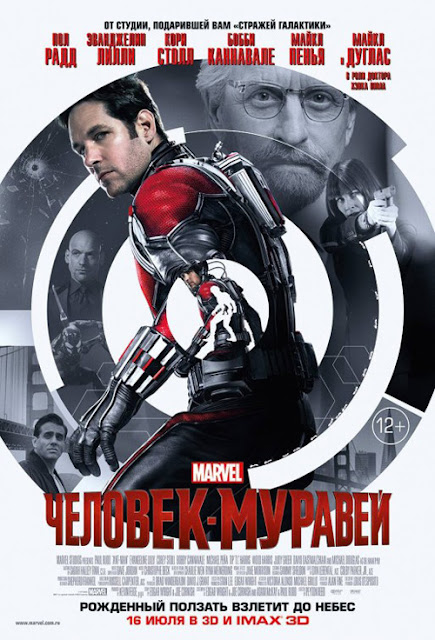 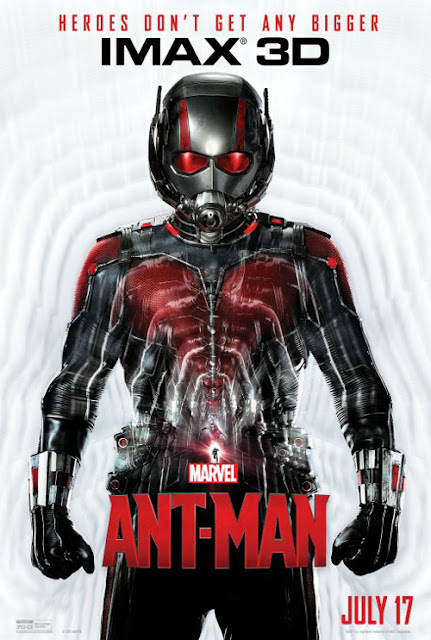