It is happening again.

David Lynch returns as director (and, briefly, as supporting actor) in an episode that serves to bookend his season opener. Cooper’s vision has closure as his ring is returned, and Laura Palmer’s murder is revealed in an episode positively dripping with red herring.

Nadine: Are you in our class at school?
Shelly: I don’t think so.

Even Lynch can’t make it all work. The Nadine with a mental age of seventeen plotline isn’t getting any better and it won’t in the foreseeable (as a signifier of what is to come, Lynch brings back Mike – the one who isn’t a killer –as Bobby’s sidekick).

Still, Lynch must be doing something special for The Bobby and Shelly Show, since they’re back to being engaging characters. They’re helped by a show stopping Eric De Rae, whose zombie Leo repeats “New shoes” at every opportunity, when he’s not spitting or dribbling that is (“Quit spitting, man!”). The device of a tape concealed in his repaired boots isn’t really that much cleverer than a second diary, but it at least feels less glaring.

Mr Tojamura: Since the moment we’ve met, I’ve been strangely attracted to you.
Pete: You just better get the hell out of here.

Lynch even gives the dubious saga of Mr Tojamura a kick up the pants when “he” makes overtures to a nonplussed Pete. With this, and revelation that Harold Smith hanged himself, things are looking up.

Unfortunately for Coop, but conveniently to keep the mystery chogging along a little longer, Harold badly mutilated Laura’s diary. Coop learns that Bob was a threatening presence in Laura’s life since early adolescence, and there are suggestions of her abuse and molestation on a regular basis. Mark Frost, who penned this episode, really lays on the “It’s Ben Horne, no really” misdirection with a trowel with the suggestion that the killer is “A friend of her father’s”. The clincher is that someday she’s going to tell the world who Benjamin Horne really is.

Audrey: Did you kill her?
Ben: I loved her.

All signs are leading to Ben, with Mike taken to the Great Northern (full of sailors) and crying out as Lynch Ben Horne, who has been advancing down its corridors, enters the room. Audrey confronts her father, who admits he slept with Laura and conspicuously dodges the question of whether he killed her. All eyes are on Richard Beymer, who is granted the funniest moment in the episode when Coop and the police show up at the hotel with an arrest warrant. Ben attempts to make an inept run for it, with the immortal line, “I’m going to go out for a sandwich”.

Lynch employs on of his regular food visual gags in the first scene. Post-consultation with Mike, everyone is lined up in the police station drinking coffee. Gordon Cole says his farewells, shaking hands with each in turn. Until he reaches Mike, of course.

The Log Lady: We don’t know what will happen, or when, but there are owls in the Roadhouse.
Agent Cooper: Something is happening, isn’t it Margaret?
The Log Lady: Yes.

Elsewhere, the funny is in short supply; it’s not that kind of episode. That’s okay, as the weird and dark is cranked up to 11. It’s a full moon, killing time. Coop, entirely failing to twig whodunit, is sat at the Roadhouse with Harry and the Log Lady when Leland/Bob is on his latest killing frenzy.

It’s a typically hypnotic sequence, with Julee Cruise on stage singing Rockin’ Back Inside My Heart as Donna and James commiserate that everybody’s hurting in side (Donna mimes Julee’s lyrics and breaks down). Again, it takes Lynch to make these two characters interesting.

Giant: It is happening again.

Mainly, though, the stage (with signature red drapes) is refashioned for Cooper such that it is inhabited by the Giant rather than Julee. He warns Coop of the murder simultaneously taking place and, as his predictions are fulfilled, so Coop gets his ring back. Just accept it.

The decrepit waiter also makes a comeback appearance, opining, “I’m so sorry” and possibly laying the seed of a quite dreadful catchphrase in Russell T Davies’ mind. By the end of the scene, and the episode, the sadness and loss has washed through the scene; even Bobby at the bar can feel something very wrong has occurred.

The staging of Maddy’s death is terrifyingly twisted. Typically of Lynch, he introduces it incrementally. Something is going on in the Palmer house, but quite what is unclear. The record player is stuttering, its song finished. It’s Leland who plays records, isn’t it? There’s a shot of the stairs carpet, and then Sarah crawling down ominously calling “Leland”. The soundtrack consists of a palpable ambient dread. Sarah sees white horse in living room, and then Leland is revealed, smiling, adjusting his tie.

We don’t even need to see Bob reflected when Leland looks in the mirror (although there’s a very clever technical bit where Leland turns and so does Bob in the reflection). What’s most potent here is that boogeyman Bob is the less disturbing aspect of events, which isn’t to say he’s not disturbing. Maddy descends the stairs, complaining of a smell (the scorched engine oil Jacobi noticed in hospital, presumably) and then sees her uncle, and Bob.

It can’t be overstated how good Sheryl Lee is in these scenes; Lynch sets up the environment, but she makes it real. For all the slow-motion grappling engaged by Bob, it’s the cuts to Leland at savage work that are most shocking. Bob is hallucinatory, weird, but Leland viciously punching of his niece is horrifying. Lynch also won’t let us out of the scene, Bob’s pursuit goes round and round. It’s still bizarre to think this went out on one of the main TV networks; even now this kind of thing would be out of ABC’s comfort zone.

It’s such a cruel demise for Maddy, and a queasy twisted joke on the parts of Lynch and Frost that they bring back Shery Lee only to have her finish up the same way she was introduced. The series’ devisers may not have wanted to reveal the murderer of Laura, but the series really needed it. It was beginning to run on fumes. While it would take a very noticeable nosedive in the aftermath, there would be a recovery once the machinations of Windom Earle were underway. This here, and the next episode, is probably where many draw the line in the sand with the series, however. It was all about the murder of Laura Palmer, and the perpetrator has now been revealed. 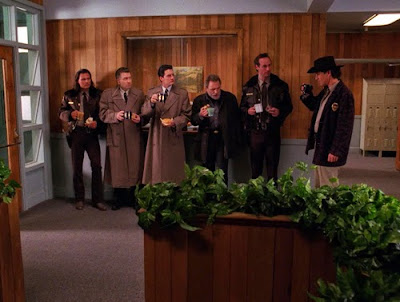 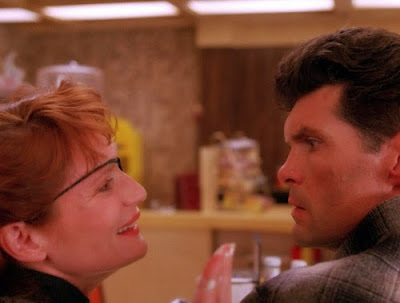 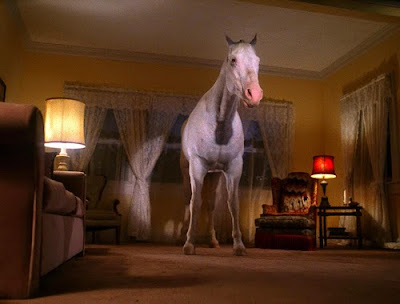 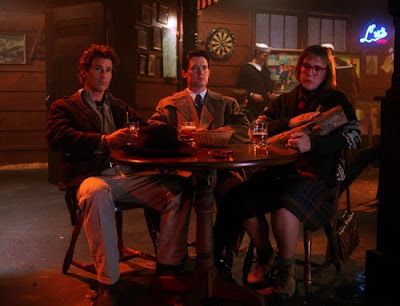 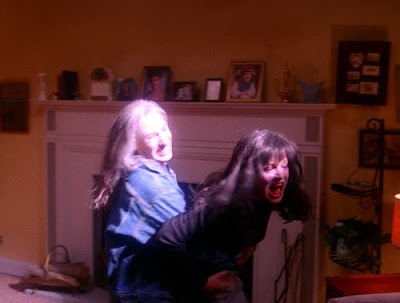 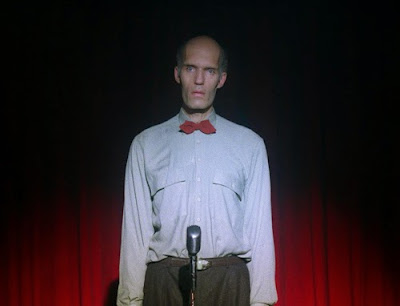 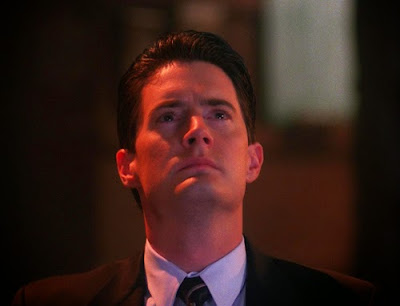