The keys are in the car.

If Jeremy Saulnier’s gripping, low-key revenge thriller is guilty of anything, it’s underplaying. That’s not so much a criticism as an attempt to explain why it might not have found the widest of audiences. From its measured, assured unfolding to muted lead character, Blue Ruin is a finely crafted slow-burn suspenser.

It’s also pretty much an anti-revenge flick. Vigilante justice is dispensed by one wholly ill-equipped for it, but so ravaged by the effects of loss upon his psyche that he is compelled to act. There is no uplift or catharsis resulting from the actions of Dwight (Macon Blair). The murder of his parents has left him an unkempt drifter, living off the map in the car that was the scene of the crime (and the blue ruin of the title). On learning of the release from prison of Wade Cleland, the man convicted of their murder, Dwight confronts and stabs him to death in a club toilet.

That isn’t the end of the matter, as the rest of the Cleland clan vow revenge. This brings Dwight’s sister and her family into danger, and Dwight is forced to continue the escalating blood feud.

It wouldn’t take much to tell this story in a very different way. Indeed, such films are rife, with much more classically heroic, impassioned protagonists. Saulnier is careful to snatch such comfort away from the viewer. We spend the entire movie in the company of Dwight, but he remains an enigmatic figure. Introverted, dishevelled and unaccustomed to talking to others, he’s the most unlikely seeker of retribution conceivable. He has no real skills for his self-appointed task, other than a determination to end the reprisals. He gets lucky with his initial assault, but further encounters show him to be woefully out of his depth.

Dwight makes frequent and fundamental errors, shining a flashlight around in a darkened house, stealing a gun with a clamp on it, unsuccessfully attempting a DIY repair of an arrow wound, and completely failing to dispatch one of the Clelands in his trunk (“Fish in a barrel” mocks his prisoner; “You missed from two yards?” comments Ben). Most significantly, Dwight initiates a wave of violence through being misinformed. Wade took the rap for his dying father so, even if the family are entirely culpable of many and varied crimes, there’s no one left to account for this particular one.

The comments of his sister (Amy Hargreaves) are especially resonant. She may be pleased when she hears Wade is dead, but when her family is threatened she is less sympathetic to her brother (“I’d forgive you if you were crazy. But you’re not, you’re weak”). The implication is clear; Dwight lacks the strength to carry on with his life. He has been stuck in the same space for nigh-on two decades, and it has blinded him. His recognition of the full tragedy comes in his conversation with the remaining Clelands during the bloody final scene; “You know what’s awful? Just cos my dad loved your mom, we all end up dead”. The only hope is that his half-brother (the fruit of the union between his pa and the Cleland ma), who shot but didn’t want to kill Dwight and flees the scene leaving his gun behind, has ended the cycle.

Dwight’s personality isn’t laid out on a plate, but that makes him a much more fascinating character. Our first sighting is of man gone to seed, dilapidated and hirsute, but a shave and haircut reveals a small bookish fellow. He’s quietly methodical, emphasised by the rigorous order with which he cleans up after himself. If he lacks the traits of the classical hero, and if his sister has something in her comments, Dwight is armed with the admirable trait of stoicism in the face of a certain demise.

He is also characterised by sadness rather than righteous fury, the final confrontation emphasising his regret rather than malice or hatred. The Clelands, in contrast, are a particularly loathsome, irredeemable bunch. Had Saulnier chosen to emphasise this aspect he could easily have turned this into a victory over those who “had it coming”.

Besides Blair, who has something of Paul Giamatti but understated, the most memorable turn comes from Devin Ratray as Ben, an old school friend and veteran. His career stretches back to Home Alone 2: Lost in New York and beyond, but he was most recently notable in Nebraska. His particular (legally rigorous but morally flexible) code (“I had to wait for him to aim before I could shoot”) emphasises a rich vein of subdued humour throughout, from Dwight having to escape in the car whose tyre he just slashed to his pathetic, little boy confession at the emergency room (“I had an accident on my leg”) and his trunk prisoner’s offer of help when Dwight says he will not let him out until he is armed (“I can get you a gun!”)

Saulnier has made a great little thriller, but one that requires perseverance. There’s minimal dialogue during the first half hour (a third of the picture’s concise running time) and he maintains the subdued aspect of his protagonist throughout. It will be interesting to see if his follow up, Green Room, sustains the quality on show here. 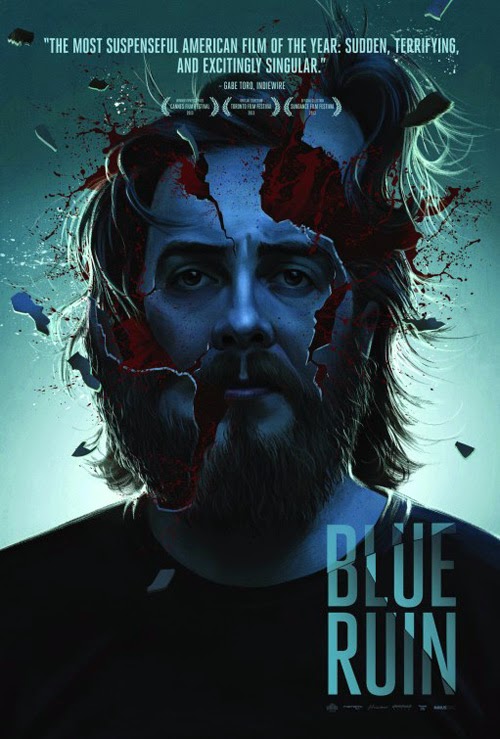 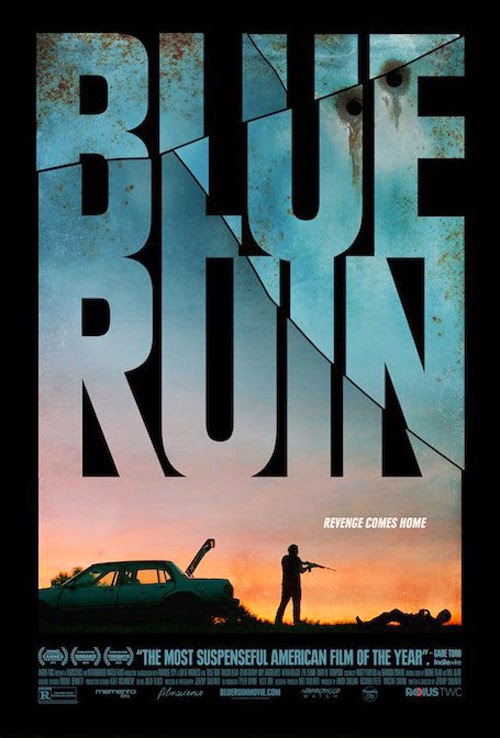