It seemed as if I had missed something.

Stanley Kubrick’s meticulous, obsessive approach towards filmmaking was renowned, so perhaps it should be no surprise to find comparable traits reflected in a section of his worshippers. Legends about the director have taken root (some of them with a factual basis, others bunkum), while the air of secrecy that enshrouded his life and work has duly fostered a range of conspiracy theories. A few of these are aired in Rodney Ascher’s documentary, which indulges five variably coherent advocates of five variably tenuous theories relating to just what The Shining is really all about. Beyond Jack Nicholson turning the crazy up to eleven, that is. Ascher has hit on a fascinating subject, one that exposes our capacity to interpret any given information wildly differently according to our disposition. But his execution, which both underlines and undermines the theses of these devotees, leaves something to be desired.

Part of the problem is simply one of production values. The audio tracks of his (unseen) contributors (Bill Blakemore, Geoffrey Cocks, Juli Kearns, John Fell Ryan and Jay Weidner) are of patchy quality, requiring the viewer to strain to hear dialogue and occasional requiring judicial use of the rewind button to attempt clarification. If that’s an irritation, more damaging is Ascher’s decision to split Room 237 into nine parts, focusing on different elements of the film. In doing so he splinters the testimony of his witnesses. It’s easy to see why he makes the choice he does; the contrast between flatly contradictory viewpoints in relation to a character or scene can be most effective in highlighting the subjective eye of the beholder. But we should be able to reach this conclusion for ourselves, without cajoling; we don’t need it daubed in fluorescent marker pen. It does his “whacko” interviewees a disservice as they are continually ushered off stage. While several of them clearly weren’t going to provide a joined-up argument anyway, they should at least have been given a fair crack. Ascher doesn’t need to wave a banner saying, “Look how nutty these guys are”; they are more than capable of digging their own holes uninterrupted (if it’s holes they are digging; Ryan, who appears to shut his door to cut out the sound of his crying child, certainly comes across as having slightly skewed priorities).

Another issue is that Ascher may not have picked the best five different theories or voices. Maybe he was limited by who wanted to go on record, but theorising that the subtext of The Shining concerns the Holocaust (Geoffrey Cocks) isn’t sufficiently distinct from suggesting it is all about the genocide of Native Americans (Bill Blakemore). As a result, Ascher only fitfully commands our attention with a truly arresting idea, one that is not only outlandish but has the energy of discovery behind it. Too often the material verges on the rambling, while the musical and visual accompaniment is curiously partial; Ascher overdoes the creepy soundtrack yet enjoys mocking a viewpoint with a visual sight gag or contradictory image (and trying to integrate Tom Cruise footage from Eyes Wide Shut is just plain cheesy).

Room 237 is, of course, the number of the room in the Overlook Hotel where unspeakable horrors occurred in the distant past. It’s a strong title, effectively evoking the fascination of a film that refuses to fully reveal its secrets. Several Kubrick pictures have this quality; top of the list is 2001: A Space Odyssey. Eyes Wide Shut trails a distant third (theories about which somewhat make up for the fact that, in Kubrick terms, it is slightly underwhelming).

The disposition that triggers intricate analyses of Kubrick has much in common with the classic conspiracy theorist; a need to analyse the minutiae of an event in obsessive detail, but often doing so in order to impress one’s own agenda on the “facts” of the case. One of the more arresting Kubrick conspiracy theories is that his films form an on-going exposé of the mind control and ritualistic programmes of secret societies, as embodied by that damned mysterious Illuminati organisation; going forward from Lolita and culminating in the director’s premature death after he finally revealed all with Eyes Wide Shut. No one in Room 237 alludes that The Shining is all about ritual abuse, but it has been suggested.

The Shining probably provokes the fascination it does in part because, in the absence of such readings, it can easily be dismissed as an impressively mounted but nonetheless empty-headed haunted house movie. And why on Earth would a director with a 200+ IQ makes such a thing? It’s telling that several of the voices in this doc preface their outpourings by admitting they didn’t really think that much of the picture the first time they saw it (Spielberg is another fan who only came to appreciate it slowly).

The biggest problem each proponent encounters is the attempt to stretch vague or oblique evidence to encompass the entire film. There is reason enough to think some of the visual references to Native American history were intentional, and there’s the little detail that the Overlook is built on an Indian burial ground. But, as with the Holocaust theory, anything wider ranging feels like a big leap. And not really all that intriguing. Some half-visible cans of Calumet baking power (with an Indian chief on the logo). Really? The pleasure of a new theory is that it adds a whole layer to one’s appreciation of a film, but most among this selection don’t have a grip. Citing the poster tagline (“The wave of terror that swept across America”) isn’t the most convincing place for Blakemore to kick off, and he’s unable to add much substance as he goes on.

Cocks has good reason to think Kubrick had the Holocaust on his mind when he made The Shining (the director had been mulling over The Aryan Papers) but the threads he draws together are even more tenuous than Blakemore’s. The repeated number 42 (1942 was the year the Final Solution took hold), the make of typewriter used by Jack Torrance (which changes colour), the suitcases that dissolve into tourists, the dissolve that gives Jack’s photo a Hitler moustache momentarily. There’s a fair sprinkling of number obsessions here too, unsurprising since a lot of arcane theorising falls back on numerological significance. 2x3x7=42, Cocks informs us (perhaps Kubrick was just a big Douglas Adams fan?)

Ryan, recounting how The Shining is about demons sexually preying on humans, might sound like his ideas actually have something to do with, you know, an actual horror movie. Except that, when it comes down to providing specific examples, they are perhaps the most risible of all the observations. So the hotel manager clearly has an erection when he welcomes Jack to his office… if you watch the scene in slow motion and substitute his paper tray for a penis. And Kubrick had his face airbrushed into the clouds during the opening sequence. For a split second. Good luck finding that one.

Kearns proposes her Minotaur theory, in which the maze is the labyrinth. Okay, I can go with that. But then she goes and spoils it by telling us how Jack looks very bull-like. Worse still, a poster of a skier on the wall in one room is actually an image of the Minotaur.

Appropriately, the most extraordinary theory is the most compelling since it grapples with one of the most popular Kubrick conspiracy theories. Weidner relates how The Shining is Kubrick’s confessional of his involvement in faking the Apollo 11 Moon landing, for which 2001 was something of a practice run. Why else would he have changed Room 217 in the novel to Room 237 (the Moon was often stated as being 237,000 miles from the Earth, you see)? And, if you look hard, you can see that the patterns on the Overlook carpet resemble launch pad 39a. This is also why Danny wears an Apollo 11 sweater. Not because a friend of the costume designer happened to show up with it on set one day, and it seemed perfect.

What I like about this one, more than just the “hidden history” extrapolation, is that Weidner and Ascher allow a glimpse of how one can actually re-read the entire movie. A guilt-racked Kubrick is cast as Jack Torrance, driven mad by the deceit he has practised against his wife and the pressures exerted on him by his (powers-that-be) bosses. Weidner rather lets the side down by claiming “ROOM No.237” on the keychain means “MOON ROOM”, but this is the only theory where you’d like to hear more.

I mentioned the costume designer, and Leon Vitali, Kubrick’s former assistant, has turned out to be something of a killjoy in the wake of Room 237’s release. He has unsportingly debunked the farfetched theories as “total balderdash”, claiming many of the seemingly specific references were spur of the moment or off the cuff decisions (the sweater, the cans, the typewriter). I don’t doubt that a fair few examples are just as he says, and that some of the “purposeful” continuity errors are nothing of the sort, since as he tells it Kubrick would favour the shot over continuity concerns every time (I’m especially unconvinced by the meal made over the disappearing Dopey door sticker). The idea of playing The Shining backwards and forwards simultaneously and drawing conclusions from the overlapping images is something one could do likely do with almost anything and find wild and far out meanings within it. If one has a large bag of weed in one’s possession.

But at other times, there’s the feeling that there is something to it all; the missing cord on the television is so noticeable that, even if it was unintended, it takes on a clear and heightened meaning. All the talk of the disturbed geography (the impossible window) within the Overlook has a similar feeling of intentional disorientation. I’m not buying the subjective notion that Kubrick was so bored making Barry Lyndon, “a boring movie”, that he turned to the book Subliminal Seduction by Wilson Brian Key for inspiration. But it does seem like the sort of area that would fascinate the director, and that he would take care to incorporate techniques from it (the book tells how advertisers manipulate their audience).

My own feeling is that The Shining is so compelling, in spite of its excesses, because of its very intangibility. As with certain of David Lynch’s films, Kubrick adopts the logic and language of the dreamscape; not everything makes sense, and it’s not supposed to make sense. It’s this inability to pin it down, even though on paper it isn’t such a complex beast, that encourages every subjective analysis under the sun. Several of the theorists suggest similar ideas but it all gets rather lost in the sprawl.

Ascher has made an interesting documentary but he has failed to present it with necessary dexterity. Just the act of taking five wildly different viewpoints makes it a discussion on obsessive interpretation, but there are so many aspects Room 237 fails to broach; for example, when does unhealthy obsession end and academic study begin (one of the contributors is a college professor, another is out of work and identifies a little too strongly with Jack Torrance)? The cutting up and filtering of the subjects’ views has the effect of insufficiently delineating them; the quintet end up as something of a jumble. The biggest problem however, is that the majority of these readings just aren’t strong enough to engage. Ascher’s doc is a missed opportunity. 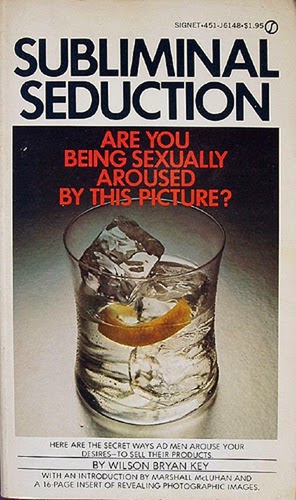 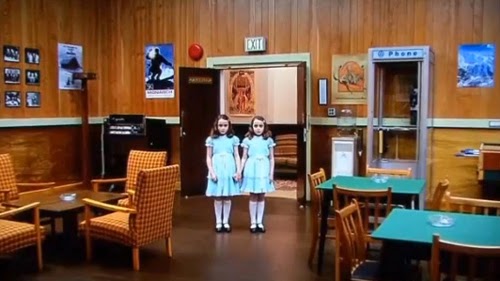 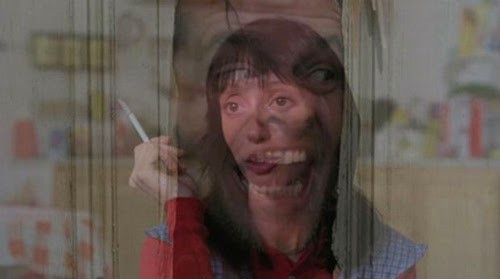 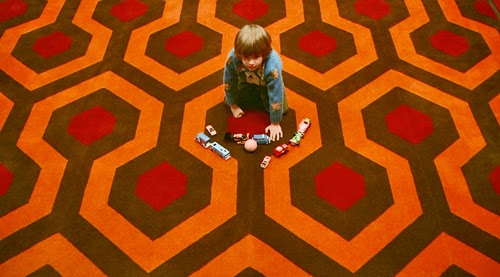 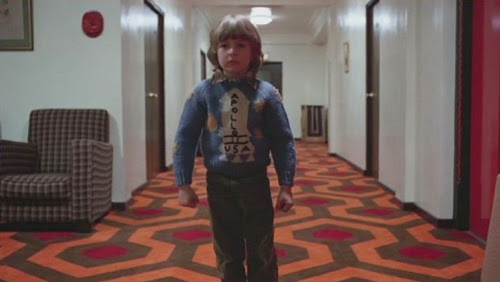 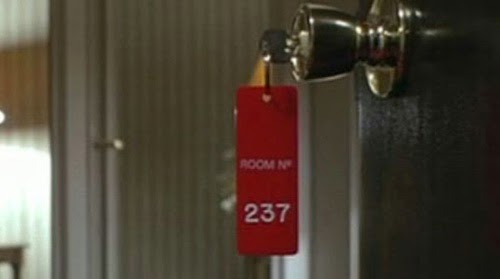 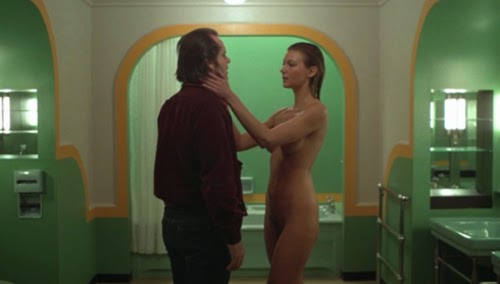 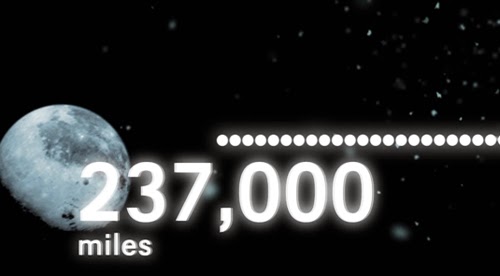 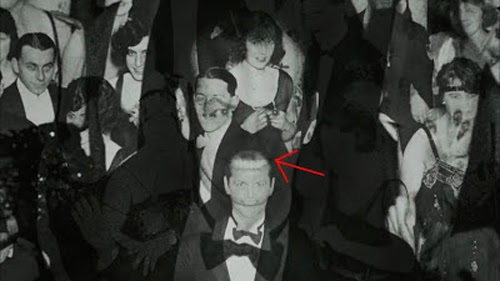 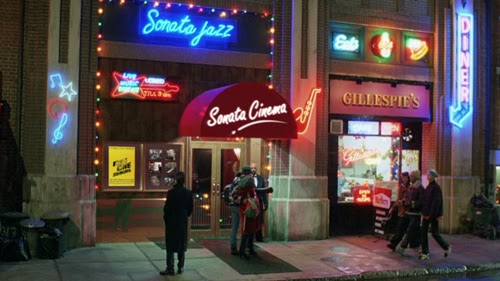 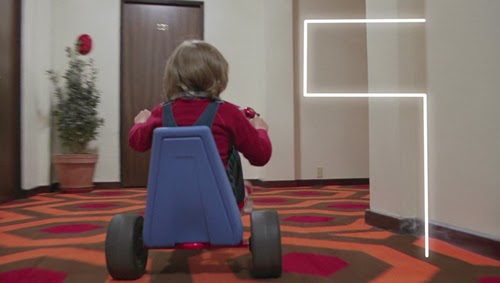 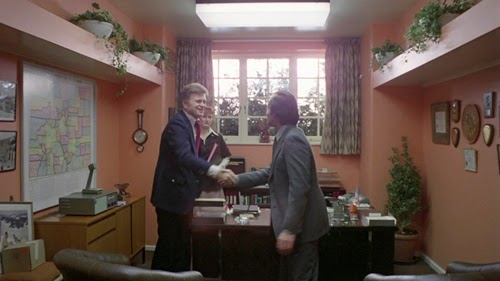 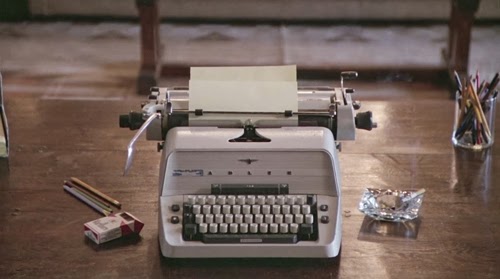 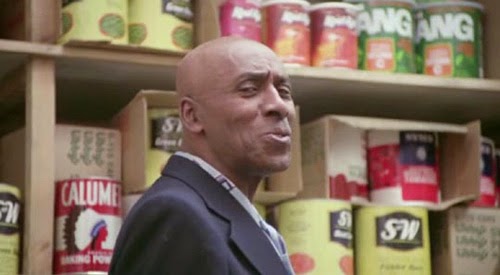 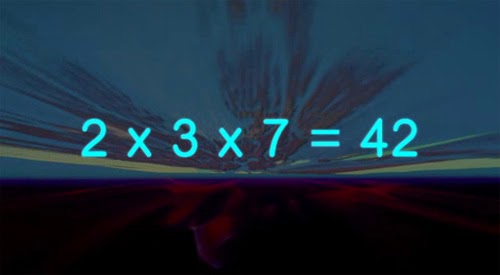