The force was in the plates. It’s in us now. Isn’t it?

While some have bemoaned the info-dump recaps, they repeatedly provide details that I’d either missed or Garner or Plummer (or both) intended to remain oblique. There’s something to be said for such an approach as the gist of the legend coming to life is repeatedly reinforced (and that’s the main thing). But, on occasions, Plummer’s choices prove distracting. The “Four days later” caption is designed to show that Alison was forced to snub Gwyn, but her subsequent panic over being at the time and place she agreed to meet him initially caught me off guard. The way Plummer stages the scene it at first appears to be about something else entirely and in this case, I think the often-fractured editing works against the storytelling.

The consequences of extending the serial from seven episodes to eight have become rather evident around the midpoint. Both Four and Five are treading water for much of the time, and not a whole lot happens. A significant portion of Five is devoted to Alison and Gwyn climbing the mountain. Unfortunately, this again reinforces Holden’s shortcomings as an actor; if he’s Garner’s stand-in, as the character who feels the tug between his background and the education that lifts him from it, Holden is unable to make Gwyn effectively sympathetic. Wallis’ performance is so much better that, despite Roger being an increasingly obnoxious prig, we’d rather see him. There’s a Billy Liar quality to a line like “I’ve got to get out of this place. There’s nothing here but sheep” but it’s designed to indicate the mounting claustrophobia the trio are feeling (Roger and Gwyn in particular) as they rehearse age-old roles.

The “soaking the Saxon” scene is amusing (Gwyn pulls the wool over Alison’s eyes with a tall story about sheep with one leg shorter than the other, and the stilts that are made for them), and Hills is as ever in a class above her young co-stars. But there isn’t much sizzle to Gwyn and Alison’s tryst as Holden’s too conscious of hitting his marks. We’re also treated to a bit of exposition that the ITV continuity announcer must have been relieved to finally hear (“The force was in the plates. It’s in us now. Isn’t it? Isn’t that why the pattern’s gone?”)

Garner works hard to parallel Gwyn and Roger; both are experiencing difficulties for different reasons, and as the latter part of the serial progresses they will mirror each other at different points in both the suffering and the unkindness that they show. Huw’s insecurity over his Welsh accent is commented upon (he has bought elocution records; “I’m a Taff, aren’t I?”) while Alison notes that Roger’s problems stem from the departure of his mother (she walked out on Roger and Clive, and Margaret nicknames her “The Birmingham Belle”). Each will use this knowledge as a stick to beat the other with (and Alison provides the fuel in both instances).

Roger is on the fringes of the episode, appropriately as when we see him he’s in a state of discomposure. At one point he is sat in the corner of the cellar, weeping uncontrollably. Wallis is a mannered performer but he makes the scene affecting, and there’s sufficient interior life that we understand why he has assumed the adversarial position in respect of the legend and the photos (“I changed my mind. I tore them up”); he’s been isolated by the canoodling between Gwyn and Alison so it’s only natural that he should choose to disagree with their premise.

For whatever reason, any suggestion of Roger having a romantic attraction to Alison is soft-pedalled (it can’t be down to their step-relationship, can it?) As a result, the incarnated iconography of the legend is slightly undermined; he’s just got the hump. If anything, you wonder more at Clive’s doting over his new stepdaughter than countenance that Roger has any serious longings for her.

The main development is Gwyn making the connection between Uncle Bertram and Nancy. We also see Gwyn throwing a “spear” at the stable roof (is this the one he aims at Roger in an earlier episode?), in an echo of the tale. Which firmly identifies Huw as Llew. There’s a slight problem with the absence of any character signifiers of Roger as Gronw Pebr, aside from his “nobility”. Indeed, Huw’s tampering with Bertram’s brakes has more in common with the plot to kill Llew in the legend than justice served on the lord who has stolen his love; I guess it’s a pick-and-choose myth.

The return of the scratching from the opening episodes accompanies the revelation of a locked stable door, from which the sounds emanate.  While the tone of the serial is consistently portentous, the supernatural in the novel felt much more persistent than it does in the TV version (I might reconsider that, should I revisit the book). Certainly, around this point, the TV series is a domestic drama with the hint of an occult backdrop, whereas the book was infused with the magical. 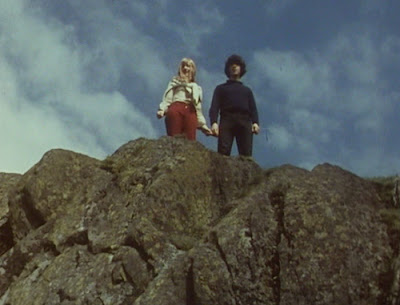 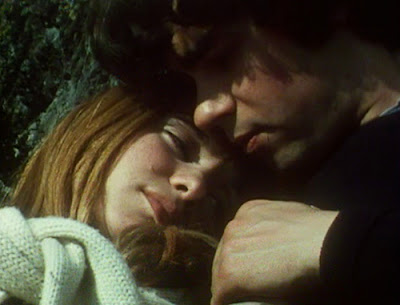 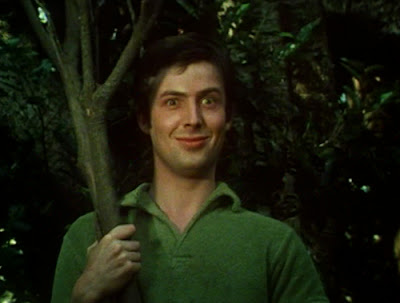 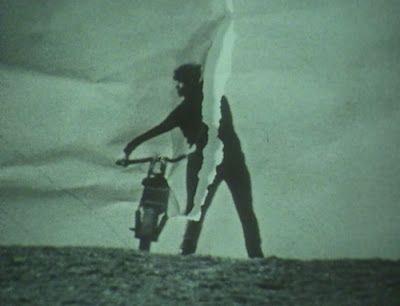 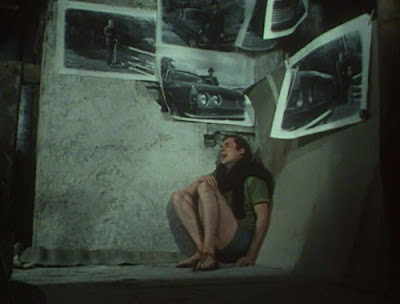 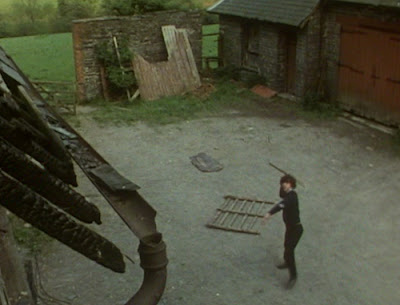 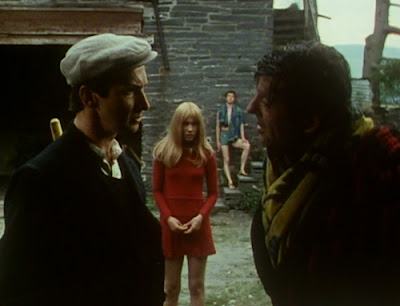