As if it were all planned.

Children of the Stones
4: Narrowing the Circle

We’ve seen a fair bit of Kevin (Darren Hatch) before now, but we have barely glimpsed his father, Dr Lyle (Richard Matthews). Their role in this fourth episode is essentially a repeat of Jimmo and Tom Browning in the third, but in a much more detailed form.

Margaret: As if it were all planned.
Dr Lyle: No proof. Just unspecified reactions to unexplained data. Planned by who?

Set against the “surviving” villagers (six in total, excluding Dai and Hendrick), Lyle becomes the arch-sceptic and logician. Adam references “Happy Day-itis” as a condition they will succumb to in due course, and it is noted that families seem to change together. Lyle poo-poos this, and assumes the scientific approach that Adam previously extolled. There’s a nice moment where Lyle asks them why they don’t leave if they are so concerned, and the weight of the capitalist system provides an answer; they need their jobs. “So you are, in effect, trapped,” he responds. Is this The Prisoner-esque case the series is making? That we are all trapped in our own Milbury construct, impelled to become Happy Day pod people living out a pre-programmed existence?

Matthew: I’m inside his head. I can read his mind.

Like pod people, the Happy Day villagers never get sick, (there are 55 patients in the village; before Adam and Matthew arrived, there were 53, the same number as the stones). So Lyle is pleased to be called out of town to an old patient. The concept of psychometry (once again, Margaret does the explaining) is introduced, as Matthew discovers that the gloves Lyle has left behind are full of static. When he puts one on, he sees what Lyle sees, and announces that something has blocked his exit from the Milbury. As per his flip-flop style, Adam is now called upon to be sceptical of his son’s experience. He is relieved when Lyle surfaces the next day and disavows Matthew’s account. In an inevitable, but no less satisfying for it, moment, Lyle exits with the farewell words “Happy Day to you”, so confirming Matthew’s thoughts.

This is further underlined by the behaviour of Kevin, who can best be described as right little shit. Dai is onto him being a wrong ‘un from the start, reluctant to allow him to enter his sanctuary (“What did you bring him for?”), which he has sealed up in a blind panic over what may be in store. And rightly so; the terrible oik demands Dai hand over the amulet. His casting of the bones has repeatedly revealed the shape of a serpent, and presumably it is this serpent, in the form of Kevin, that has now gained access.

As a result, Dai’s protective amulet crumbles and he is doomed. It’s too late when Matthew and ever-so posh Sandra later suss out Kevin and disinvite his company (“No, it’s time you got to school”).  With all the speculation over how the not-we are turned, one begins to wonder if there’s something nasty in Mrs Crabtree’s chocolate cake.

The paralleling of Dai and Hendrick in Three is now verbalised in the recognition that neither has been affected by Happy Dayitis; Dai has been safe at the sanctuary, while Hendrick is protected at the centre of the ley lines. In this episode Hendrick puts me in mind of Christopher Lee’s Lord Summerisle, presiding over Summer Isle in The Wicker Man. Both are the educated gentlemen presiding over superstitious and impressionable locals. And there’s a burst of that 1976 sunshine as he, Adam and Margaret discuss local lore in the grounds of the church. Of course, he professes no knowledge of the protection granted to him at the manor, while simultaneously noting how fortunate it is that Margaret has answered “Milbury’s call”.

When Dai’s amulet is broken, it seems so is his spirit, and he goes ranging off over the hills. When Matthew sees him in the distance he gives pursuit. But, when he arrives, there is only a stone there, one that wasn’t present before. Margaret notes that this is where the Barber Surgeon was known to have died, but the stone was removed years before and there is nothing left now.

When Matthew takes them back to the spot, Dai is found lying there all dead and bloodied. It’s an effective moment, as the disturbing voices intrude; the gap between past and present within the loop is blurring.  This is the first episode that really ups the stakes; not only have the remaining numbers of the free been sorely impacted, but the one in-the-know ally has been felled. 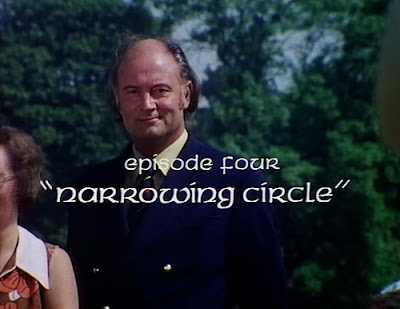 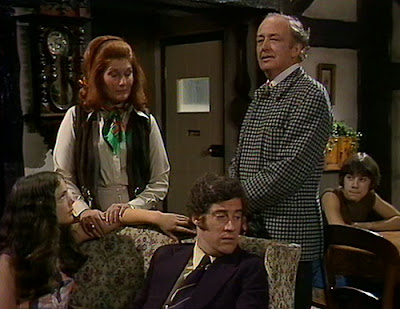 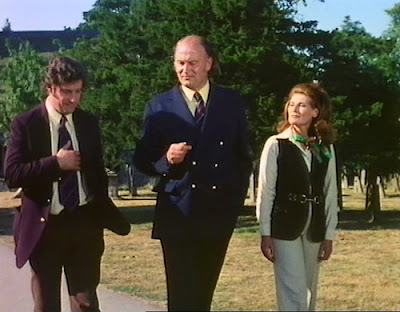 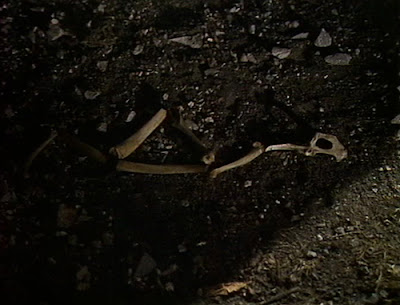 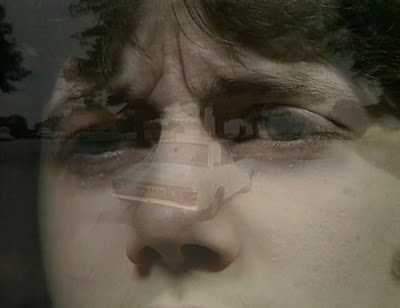 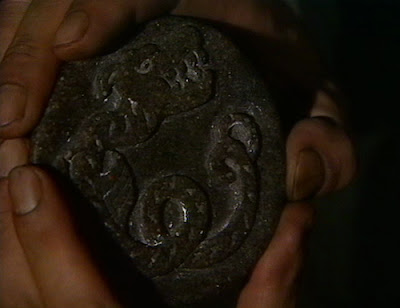 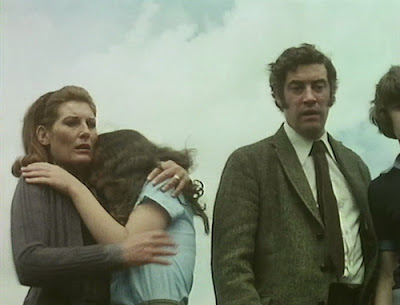 1. Into the Circle
2. Circle of Fear
3. Serpent in the Circle
5. Charmed Circle
6. Squaring the Circle
7. Full Circle