Not bad for an old bag, huh?

For a generation, knowledge of Liberace is probably limited to a passing gag in the first Austin Powers movie; “Yeah, and I can’t believe that Liberace was gay”. And so it appears was the blissful ignorance of the majority of star’s (predominately female) fan base. And yet the word flamboyant might have been invented for the performer.  Steven Soderbergh’s final film before his retirement/hiatus (albeit as director of a TV movie; without pause he has embarked on a mini-series, so his statements of intent should be viewed as lightly fried bullshit) was long in the planning, but a director known for his almost clinical reticence is perhaps the wrong guy to bring the story of an exemplar of excess to the screen.

The idea of Michael Douglas playing Liberace had been first mooted when the star and director first collaborated on Traffic. It wasn’t until 2008 that Richard LaGravenese was commissioned to adapt Scott Thorson’s memoir and Damon agreed to play Thorson. And then Soderbergh had trouble getting it off the ground because it was “too gay”. Like many of the better “biopics”, Behind the Candelabra tackles only a chunk of Liberace’s life, rather than the whole deal. So many true-life stories descend into a string of “and then this happened” scenes plopped next to each other with little impact. Instead we meet Liberace in his late fifties as he embarks on a relationship with Thorson, a seventeen-year-old animal trainer. The film covers the final decade of the star’s life but focuses mainly on the four-year period during which they were together, and the subsequent messy fall-out.

From the first moments, Soderbergh signposts that this is takes place during coked up excess of the ’70s; we hear Donna Summer disco on the soundtrack. But anyone expecting wild (or gay) abandon will be disappointed. This film may have been expensive by TV movie standards ($23m), but it feels like a TV movie; limited in canvas and stylistic flourish (the craziest Soderbergh gets is his woozy-vision when Scott is high as a kite, but his camerawork is strictly intoxication-for-beginners). For all the decadence he’s decided on show, his approach feels very staid. I’m not sure Philip Kaufman (originally attached to a Liberace film with – God help us – Robin Williams) would informed the debauchery of the period better than Soderbergh, but at least he has a track record with carnal escapades.

So the indulge, likewise the humour. There are lot of laughs to be had from the absurd environment Scott enters, but Soderbergh isn’t a natural funny man. Witty perhaps (The Informant!) but not someone who you’d trust to direct a farce. The vanity of the plastic surgery Liberace submits to (“Will I be able to close my eyes?”) is only surpassed by Scott going under the knife to look like him (“I guess I should be flattered, him wanting me to look like him”), and Damon covered in silly putty looks not unlike Bruce Campbell in Army of Darkness after he’s been stretched. Rob Lowe appears as a surgeon whose own face is so pulled it hurts to look at (Lowe’s very good, but he almost doesn’t even need to open his mouth to have an impact). Then there’s Liberace’s desire to adopt Scott (“Why would a grown man want to adopt another grown man?”)

But the first half of the picture meanders along, assuming that immodesty and saturnalia are sufficient drivers. LaGravenese script only develops a motor when the brewing dissatisfaction between Scott and Liberace blows. But even then, Scott’s disintegration feels familiar from other ‘70s period movies we’ve seen over the last decade or so (Boogie Nights instigating the cycle).

We are given little insight into Scott, although we spend most of the duration with him and are unquestioningly asked to sympathise with; he doesn’t come across as a gold digger, nor does he appear passionately smitten with the pianist. At least, Damon doesn’t sell us the idea that he is. Scott comes across as curiously passive, up until the point where Liberace moves on to fresh younger pickings. But the realisation of Scott illustrates the problem with Soderbergh’s work all over; he’s too cool-headed to engage emotionally with a subject, particularly one that is all about (perhaps superficial) intensity and excess. He has set up a highly interior environment anyway, based in Scott’s literally closeted world, so we need greater understanding of him than we get; for example, we never see the reaction to his plastic surgery from his adopted parents (the movie seems to be leading to a homecoming, but then it occurs off screen).

And, aside from Damon being not quite there in terms of performance, there’s the issue of a man in his forties playing someone 25 years younger. You never for a moment think that Scott is supposed to be seventeen, and so much of the nature of Liberace’s predilections fails to translate. Douglas may have been ten years too old, but that’s a fairly by-the-by mismatch. And this isn’t bemoaning a lack of fidelity to the facts; it’s simply that a central point regarding the relationship doesn’t carry due to the casting.

Douglas is having a lot of fun as Liberace, and he’s entertaining, but what he’s doing feels like more of an impersonation than an immersive performance. That isn’t entirely his fault. Liberace is mostly glimpsed through Scott’s eyes, and it’s only occasionally that the veil drops. Rather than in the obvious areas of toupee and paunch, this is strongest in his relationship with his mother (an amazing, unrecognisable Debbie Reynolds; her “I’ll take a cheque” on winning at Liberace’s slot machine is priceless). Liberace goes through the motions of grief upon her passing, before informing Scott that he is finally free of her. As his peccadillos, one might expect him to take the blame in the relationship rather than Scott. The plastic surgery he coerces Scott into is absolutely loony, but the trouble of having a forty-year-old actor play his young buck is that Scott simply seems a bit dumb or to have concealed motives to permit this kind of manipulation.

Soderbergh’s approach of taking on projects as formal exercises ensures they bear the tell-tale signs of films made from the brain, not from the heart. Sometimes that works (the mind games of Side Effects), sometimes it falters (the action of Haywire is shorn of any rush of adrenaline). Here he has a great story to tell, but brings few insights. And, while he’s made something as superficially entertaining as Liberace’s glitzy attire, he has no real affinity for the accompanying extravagance or outrageousness.

Addendum 14/08/22: Perhaps unsurprisingly, Soderbergh makes no mention of Liberace’s membership of the Church of Satan. 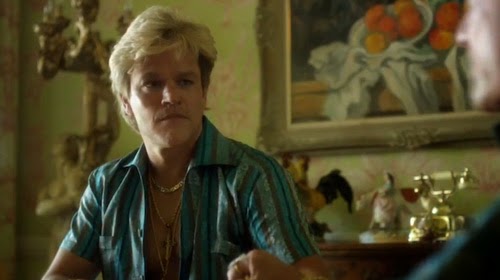 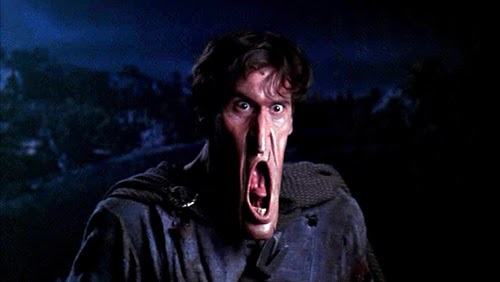