Do chrysanthemums grow on this island?

Escape from Alcatraz holds particular allure within the prison break genre. Not only is it based on an actual (successful) escape but it relates to the most famous prison of them all. The Rock has featured in other successful films; Burt Lancaster romanticised the Birdman of Alcatraz and Sean Connery was a silver-locked escapee in The Rock. But Escape’s merits lie in its stripped-down, unglamorous approach. It may feature an immaculately coiffured Clint Eastwood at the centre but it’s his star power that enables the story to unfold with slow-but-sure confidence.

This was Eastwood’s fifth time out with Don Siegel, a working relationship that took in a fish-out-of-water cop thriller (Coogan’s Bluff), a light-hearted western (Two Mules for Sister Sara), and a weird psychosexual American Civil War drama (The Beguiled), before presenting an iconic fascist for the ages (Dirty Harry). Common to the quintet is Eastwood as the loner/outsider protagonist. Escape came eight years after Dirty Harry and Siegel, as much of a formative influence on Eastwood as Sergio Leone, was now approaching seventy (he would direct two further films).

Reportedly the star and director disagreed on aspects of the production (the film ended up carrying Eastwood’s Malpassso banner but was released by Paramount rather than the star’s preferred Warner Bros) but eventually made up.  Richard Tuggle penned the script (he would go on to direct Eastwood in Tightrope), adapted from J. Campbell Bruce’s novel (Siegel had written his own treatment of the novel more than a decade before). Filming on Alcatraz, by then out of service for more than fifteen years, required considerable outlay to render the facility fit for purpose (to the tune of $500m); much of this work was retained following the production. Such a cost shouldn’t have concerned the studio; Escape became a sizable hit, comparable to Eastwood’s flashier Dirty Harry sequels if not on a par with his pairings with Clyde the orang-utan (Clint in his most shamelessly lowbrow, Burt Reynolds-esque, audience-pleasing mode).

Indeed, the film treads a balance between strong storytelling and commercial appeal, something the actor/director all but lost touch with during the ’80s. Eastwood was willing to try something different (Bronco Billy, Honkytonk Man) to public indifference, but his crowd-pleasers during the ‘80s would tend towards the knuckle dragging. This was also a very rare occasion where Clint plays an actual person (the other being John Huston by another name in White Hunter Black Heart). Not that you’d be any the wiser, as Frank Morris is Clint personified through-and-through (did I mention the hair?) It’s a nice ego-stroke too that Frank has a superior IQ (Eastwood noted it was 148) and, in common with Eastwood protagonists, there is little in the way of backstory (he has no family and expects no visitors). Morris is defined by his values such that, although he is a bad guy (an inmate), he is a good guy (treats others decently and with respect). However, Frank doesn’t really escape because he (or his friends) is being oppressed by an unjust system; he escapes because the need to escape is in his nature.

Siegel’s film is at its strongest once Frank has resolved to break free; prior to this the plot beats are broader and more traditional. While some of the characters and scenarios carry the whiff of Hollywood formula, the godsend to this is the use of real locations. They bring a sense of verisimilitude, one that tempers the broader impulses on display. Siegel takes time with the induction of Morris and the establishment of the routine of the prison. The gang of nice-guy-really reprobates Frank encounters are readily identifiable “types” but they mostly remain on the right side of cliché (they motivate the narrative rather than define it). I guess Siegel and Eastwood might have gone for an ultra-minimalist approach but, by Hollywood standards, they’ve stinted on the largess quite significantly already.

So we meet Litmus (Frank Ronzio) and his pet mouse; he’s a gentle soul you see, and loves animals. The mouse is extraordinarily smart, able to relay messages to Frank, so it’s no wonder he includes him in the final breakout along (“Yeah, you’re coming too”). One wonders how much of an influence this picture was on Stephen King’s prison tales. Then there’s Doc (Roberts Blossom) a lifer who only has his love of art and beauty (he paints and grows chrysanthemums) to keep him sane. Naturally, Clint sides with these misfits and rejects. Accordingly, he takes to new prisoner next door, car thief Charley Butts (Larry Hankin, Kramer in the pilot within a pilot episode in Seinfeld and Mr Heckles in Friends). He further cements his status as saviour of the oppressed when he shows his thoroughly progressive streak by making pals with English (Paul Benjamin), the wise African-American librarian.

Of course, prison movies also need their stock adversaries. One wouldn’t be complete without the threat of rape, so Frank must deal with the advances of Wolf (Bruce M Fischer) who turns persistently murderous after he is subjected to a mouthful of soap.

Really though, he’s no big deal set next to Patrick McGoohan’s sadistic Warden (no surname provided). Actually, although the Warden is commonly labelled sadistic, unflinchingly authoritarian would be a better description. He doesn’t appear to take enormous pleasure in the punishments he metes out, and Siegel seems to be suggesting that his greatest crime is pride. It isn’t just as a warning to Frank that that the Warden ushers him in for a new-arrival pep talk, announcing, “No one has ever escaped from Alcatraz. And no one ever will”. The Warden has a reputation to uphold, which means there is no room for niceties. As he warns, “We don’t make good citizens here but we make good prisoners”. We expect the Warden to be unsympathetic, and hosing poor Frank down when he’s in isolation is de rigueur treatment for the wilful inmate. But where the Warden loses us completely is in his lack of basic human empathy. He removes the privileges of the elderly artist, for God’s sake! Unforgivable.

The Prisoner becomes the Warden. Patrick McGoohan is quite awesome as the Warden. He can’t be on screen for more than ten minutes, so an actor with the presence and commanding tone is needed; one who makes a worthy foe for Clint.  With his clipped delivery and zero tolerance policy, he represents everything that your basic self-respecting, freedom-loving, criminal should be fighting against.  The Warden’s establishing scene might be the best constructed in the film, as he launches into an oft-rehearsed speech concerning Alcatraz’s strictures while Frank stands silently. The Warden has the room. It is only afterwards that we see Morris has stolen a pair of nail clippers from his desk (Siegel establishes them without undue attention at the start of the scene). It’s a wonderful piece of short hand, informing us that strong silent Clint will outwit his opponents with a trademark minimum of fuss. In part this scene is needed because the Warden must remain a background threat; Frank can’t be constantly on his radar.

This results in an occasionally awkward reminder of the Warden, as Tuggle feels the need to bring the two together. He comes to chat to Frank in the canteen following Doc’s self-amputation (a particularly memorable and nasty sequence) and one doesn’t really believe he would deign to do such a thing, even if the action serves to suggest that somewhere within he recognises he has overstepped the mark. Mostly though, the scene is there to provide Clint with his most celebrated line of the picture, as he rebukes the Warden’s decision to dock the Doc’s painting rights with “There’s always the possibility that some asshole will be offended, isn’t there?” The earlier scene where the Warden happens across Doc’s boggle-eyed portrait of him is particularly strong; he smiles, and you can’t tell how much this he is appreciative of the artistry and how much he is savouring the consequences of this impudence. The Warden’s final scenes, insistent that the escapees have perished against any protestations (“Maybe they want it to look like they drowned” offers a guard) speak volumes.

It isn’t until Morris enlists John and Clarence Anglin (Fred Ward and Jack Thibeau) in his escape bid that the picture fully kicks into gear. These aren’t the showiest of parts, but it’s always nice to see Ward in anything (Danny Glover also has a scene, in another very early appearance). Siegel expertly builds the tension in a precise, unhurried manner. He’s one of those economical, unobtrusive directors who developed his technique from formative days under studio contract. He precisely understood the staging and editing of action, whether on a grand or intimate level, and his work is devoid of flashy, attention-grabbing gimmicks. The planning and digging, chipping away at the ventilation grill bit-by-bit, require exactly his measured approach. Perhaps there isn’t quite a clear sense that this took two years (Frank was transferred to Alcatraz in January 1960, and the escape took place in June 1962) but we’re under no doubt it must have taken a long time.

At points, there is a slightly unnecessary MacGyver vibe (Frank’s method of DIY welding is an enormous stretch, and wholly unnecessary since they just used spoons to dig themselves out anyway; all the things they did achieve are impressive enough, with dummies, a raft, fake grills etc.). We see the standard prison break tropes such as emptying pockets full of dirt in the ocurtyard, and there’s a nifty sleight of hand with a metal detector, but it’s in the excursions through the cell walls that Siegel is at his best. There’s a great scene in which the discovery of Frank’s plaster dummy stand-in seems imminent, and Siegel craftily tricks us by using the dummy in one shot and the real Clint in the next. If the piling on of the pre-big day tension is on the predictable side (Wolf is released from solitary, the Warden orders Frank to be moved to a different cell) it doesn’t detract from the nuts-and-bolts physicality of the attempt itself (in which the actors performed their own stunts). It should be noted that Butts is based on the inmate Allen West; whilst in the film Butts gets cold feet and, by the time he musters the courage, he’s too late to join the others, in reality West found his route blocked by a metal bar.

In spite of some well-worn elements, Siegel instils the proceedings with a sense of conviction. Events play out across a taut canvas, where the setting confers an air of authenticity, while Jerry Fielding’s atmospheric strings effectively underscore the tension. The conjecture over whether the trio made it to freedom or drowned trying is on-going. If the unlikely possibility of survival isn’t quite as unlikely as in the conclusion to Butch Cassidy and the Sundance Kid, it’s in the same tradition. Except, according to a National Geographic Channel documentary, evidence has come to light that the trio did indeed reach shore. 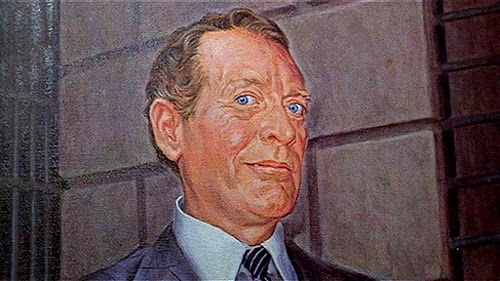