The second Bond film cements the success of the first, and with Terence Young returning as director, Peter Hunt as editor and Richard Maibaum as writer, you’d have thought it might have been plain sailing. There were production and script problems from the off, however, and Hunt’s freehand in the editing suite did much to hide the joins. Indeed, there’s little evidence of the concerns on screen; the finished film standards head and shoulders above Dr. No in terms of quality and, outside of its status within the Bond canon, as a high quality spy thriller in its own right.

The reason I emphasise the latter aspect is that FRWL is atypically small scale in terms of action, villainy and set pieces. It works as a Cold War romance/thriller without needing to attach global domination to the list of narrative requirements. Notably, SPECTRE was not part of the original story and finessing their scheming into the proceedings caused a fair bit of pain. The MacGuffin isn’t very grand either; the procurement of a Russian cypher machine (the Lektor).

The SPECTRE plan is terribly convoluted. A SPECTRE double agent (Rosa Klebb, played by Lotte Lenya) requests a SMERSH operative (Tatiana Romanova, Daniela Blanchi) to trap Bond, enticing him to steal the Lektor at which point:

Red Grant: We were keeping you alive until you could give us the Lektor.

And the plan is then to sell the Lektor back to SHMERSH. Presumably the overriding aim is, as Grant suggests, to escalate tensions between the British and Soviets but it seems riddled with holes (even if the plan was a success, wouldn’t the Russkies be suspicious of how SHMERSH just happened to gain possession of the Lektor?)

Nevertheless, one of the pleasures of FRWL is that Bond is one step behind SPECTRE most of the time. Yes, he smells a rat. But he’s being shadowed by Red Grant throughout; someone else is calling the shots. Robert Shaw’s casting as Red Grant is a touch of genius. Although smaller and stockier than Connery, he has the physical presence and the charisma to make him every bit Bond’s equal. Their eventual meeting aboard the Orient Express sizzles because we have anticipated it for the first half of the film. Grant has already killed a Bond-a-like in the pre-credits sequence (itself a remarkably early recognition of the iconographic status of the series and star) and it’s a nice touch that he saves him when Bond is hanging out with gypsies.

Perhaps the greatest strength of this film is the casting. If Shaw is unstoppable (until he isn’t), just think how it might not have been so (Sean Bean’s lacklustre showing as a similarly matched opponent in Goldeneye). Lenya is likewise perfect, because her screen presence is so extraordinary. Diminutive and in no way a striking beauty, she uses her averageness to her advantage; playing up Klebb’s severity and suggesting a sense of inferiority too, when the occasion demands it. Oh, and lesbian tendencies. Also making a strong impression is Pedro Armendariz as Kerim Bey, who buddies up with Bond for a surprisingly long stretch of the film (Armendariz sadly found that he had terminal cancer during the making of the film, struggling valiantly to finish his work on it before he died). As for the Bond series’ reliance on former beauty queens, Daniela Bianchi brings a reserved elegance to Tatiana (her gauzy bare bottom is that of a body double), ironically since he character is instructed to prostitute herself for mother Russia.

Elsewhere, the film establishes its status as part of a series very firmly. Dr. No is referenced at the outset, Bond’s still canoodling with Sylvia Trench, M and Moneypenney are back (one of the most amusing scenes has them listening to Bond’s taped discussion with Tatiana  concerning the Lektor ), Bond again throws his hat onto the hat stand with precison and Q Branch is introduced.

Something that would never happen now; the story is given time to breathe. It’s 45 minutes before Bond has a fight. The showstopper, the brutal, face-crunching duel with Shaw is well-past halftime. Peter Hunt’s editing of this sequence is outstanding, and it remains supremely gripping today. The actors’ chemistry is so strong  (“Red wine with fish”) prior to the dust-up that you hardly notice that Grant is blithely telling Bond every single thing he needs to know (in classic Bond villain fashion).

Unfortunately, this sequence is so effective that when it comes to the big spends, a helicopter chase (filmed in Scotland) followed by a boat chase, it’s somewhat anti-climactic. Which isn’t to say these sequences aren’t well-directed and edited, but we’ve been spoiled by the action relating to the characters rather than faceless foes shooting at out hero. It’s appropriate, therefore, that the epilogue has Rosa Klebb attempting to take Bond out personally.

Bond: She’s had her kicks.

FRWL gets almost everything right that was still nascent in Dr. No. The balance between character, plot and action would rarely be so perfect again. Certainly, following the next outing, Connery’s Bond would stray into the trap of throwing money at the screen in the hope it would solve all other problems. 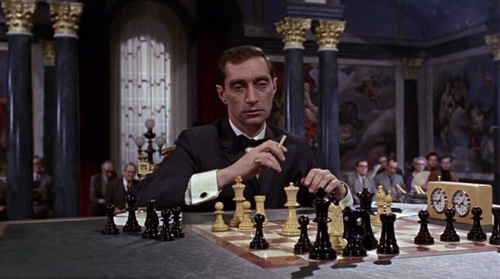 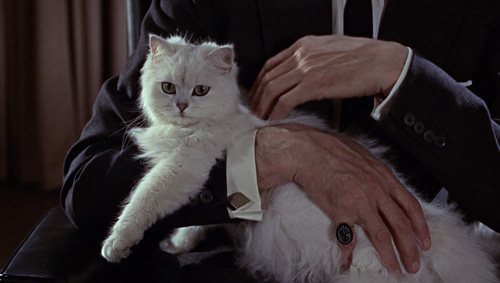 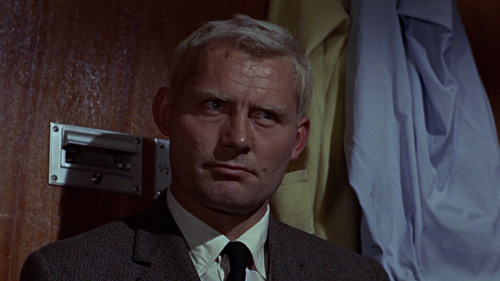 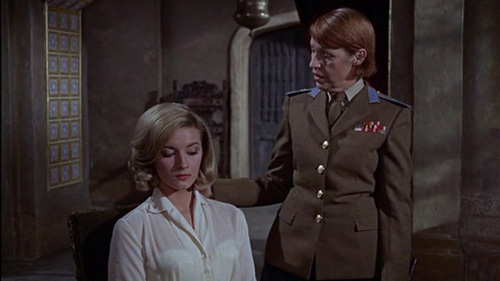 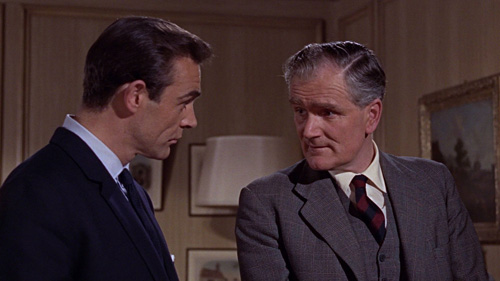 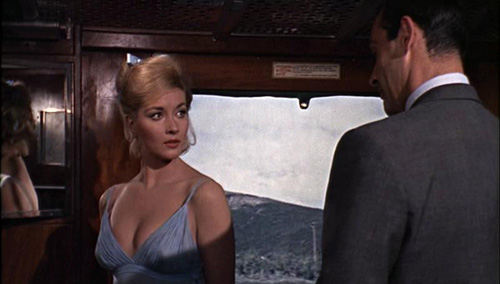