I don’t like bugs. You can’t hear them, you can’t see them and you can’t feel them, then suddenly you’re dead.

Robert Holmes’ first of four scripts for the series, and like last season’s Mission to Destiny there are some fairly atypical elements and attitudes to the main crew (although the A/B storylines present a familiar approach and each is fairly equal in importance for a change). It was filmed second, which makes it the most out of place episode in the run (and explains why the crew are wearing outfits – they must have put them in the wash – from a good few episodes past and why Blake’s hair has grown since last week).

The most obvious thing to note from Holmes’ approach is that he makes Blake a Doctor-substitute. Suddenly he’s full of smart suggestions and shrewd guesses about the threat that’s wiping out the base, basically leaving a top-level virologist looking clueless and indebted to his genius insights. If you can get past this (and it did have me groaning) there’s much  enjoyment to be had from the episode, not least from the two main guest actors.

Despite the production order, Avon’s pro-activity in leading a party (with Vila) down to a Federation base on Fosforon to steal a component (a crystal) from a cipher system (ie the MacGuffin to set the plot in motion) seems consistent with the position of working with Blake that he had reached at the end of Trial. There’s still the occasional barb (“I could never stand heroes” he tells Vila when the latter notes Avon has little time for Blake) and the obligatory confrontation with Blake at the climax, but it’s Blake’s behaviour that is all over the place. Perhaps Holmes is uncomfortable having such an unnuanced character to write for. Additionally, there was clearly enough foresight that Avon’s anti-detection screen from Trial is present and correct.

There’s a rather nice matte painting on Fosforon, but the exteriors are mostly another industrial location (we haven’t had one for, oh, at least two episodes though).

The spaceship that the Liberator crew inevitably happen upon is at least 600 or 700 years old (but would take at least 3,000 years to get this far out, so there’s a paradox straight away). The premise is already echoing the first season’s Time Squad, and further back than that Star Trek’s Space Seed episode. It’s an effective idea to anchor the far future by having the not so far future appear like ancient history.

Someone’s decided Jan Chappell shouldn’t look quite so dowdy, and has given her a purple velvet ensemble. Her psychic skills are wheeled out too; she’s straight away on to there being something malignant on the ship. Blake’s emphasised humanity towards the Federation here doesn’t quite feel consistent with his previous staunch antagonism, and it may be another symptom of Holmes making him Doctor Blake. It’s the rest of the crew (Jenna, Avon) who object first to him warning Fosforon of the threat when the ship is salvaged, and then to his putting out a plague warning at the end. I don’t know that the set-up Holmes provides could have given a different solution, but Blake’s attitude here that the Federation is made up of human beings doesn’t translate when he’s blowing the shit out of Servalan’s space station in Trial.

Paul Daneman gives an excellent performance as Doctor Bellfriar, relaying a keen but relaxed intelligence. He has an instantly recognisable face, but one you can’t quite place in a particular role. There’s a certain dashing, Doctor Kildare-esque, charm to his performance and it’s a shame that he has to defer to Blake’s apparent keener grasp of viruses throughout. Colin Farrell (no, another Colin Farrell) provides solid ginger support as his assistant Gambrill (his line about having a pension to think about is very Holmes).

The other lead guest actor is (was) the always excellent Ronald Lacey as Avon’s old chum Tynus. It’s particularly delightful here is to have an actor who can give equal weight to a scene with Darrow. It makes the notion that they were once partners in crime more believable. Lacey’s probably best known for his role as Major Toht in Raiders of the Lost Ark, and  the baby-eating Bishop of Bath and Wells in Blackadder II. It should be noted that the low standard of Blake’s 7 uniforms is continued here, as the base is replete with actors and extras with strange shoulder-winged attire.

Vila: I always used to say to people, “I bet Avon’s got a friend. Somewhere in the galaxy”.
Avon: And you were right. That must be a new experience for you.

One thing about Holmes, he’s quick to identify that teaming Avon with Vila yields dividends in “writes itself” dialogue. He also makes Vila a borderline alcoholic (we’ve seen him get plastered before, but here he heads straight for the bottle at the first sign of danger).

It’s no surprise that the uneasy camaraderie between Avon and Tynus quickly descends into threats (Avon tells him he owes him one for not squealing – but he could easily find himself off to a prison colony if he doesn’t do what he’s told) and betrayal (Tynus sends Servalan a message).

What is a pleasant surprise with Bellfriar, and is perhaps Holmes making a distinction from the typical Who scientist, is that he is eminently considered and reasonable in his thinking. Told of the threat felt by Cally he doesn’t dismiss it, rather he calls for quarantine restrictions to be instated.

The history of K47 (crew members Kemp, Wardin and Tober) feels not dissimilar to the crew of the Hydrax in State of Decay, and one wonders whether Holmes absorbed Terrance Dicks’ unused (at that point) script to some extent as a premise. The idea of hibernation “pills” is a bit silly-sounding, as is the “Darkling” zone where ships disappear; it has the air of something to be found in a Jim Henson production. As for Blake’s decision to teleport down and get involved, well leads must I suppose.

As for the Michelin Men; what can you say? Quite extraordinary, and the episode should be feted for this if nothing else.

The script keeps the sense of mystery ticking over nicely (an element it also shares with the aforementioned Mission to Destiny), with the search of the ship conveyed through an audio link to Bellfriar. The doctor’s genial acceptance of Blake is a welcome change (and counterpoints Tynus nicely).

In fact, you’re expecting this to be a smooth-talking bluff, but the reveal is actually that Bellfriar is a thoroughly decent chap (just not half the virologist that Blake turns out to be).

After some very variable creature effects in the series to date, the decidedly icky flaky body of Wardin is a grisly success (you aren’t even sure if the red patches are decayed clothing or congealed blood).  Who (and Tollund in The Creature from the Pit) director Morris Barry plays Dr Wiler.

It’s effectively Holmes giving Blake’s 7 a zombie tale, with a dead crewmember reanimated to spread a virus. It also effectively captures the tail-end of the ‘70s disaster movie cycle (the disease on a train thriller The Cassandra Crossing had been released only a year or so previously). George Romero’s Dawn of the Dead would be released the same year as this.

The spread of the virus (a “space contamination” – ARGHHHH!) is quite chilling, relayed mostly by reports to the increasingly isolated Bellfriar and Blake. But Blake coming up with the idea that it’s an adapted virus, that Wardin was killed to release it (making an analogy to Lord Jeffrey Ashley spreading smallpox on purpose is just like something the Doctor would do) and that they should turn off the aircon to slow the spread, while Bellfriar dumbly absorbs his wisdom, does irk.

Tynus elaborate delaying tactics are eventually rumbled by Vila (a good thing that in the future they still use paper and that pens leave an impression on the page beneath!), but not before we see some base crew dressed as mushrooms rush off to deal with the fire that’s been started (it’s rather lucky that Tynus didn’t explain in his message to Servalan why Blake’s crew were there, since it means that the crystal-snatch is a success).

Bellfriar claws back some respect (for his abilities) with his stoic command that no one may leave the base and they will be shot if they try to. Unfortunately the script never addresses why Blake doesn’t succumb, nor indeed Vila and Avon (since there were Federation types coming to nasty ends just metres from them). And the demise of Tynus is a little clumsy (he tussles with Avon and is then electrocuted when he falls onto machinery by the look of it).

The reference to the “three day sweats”, known as the “Terran ague” is very Bob Holmes in creating a vivid environment in a couple of sentences. And the demise of Bellfriar is quite horrifyingly rendered (“I’ve forgotten how to read!”).

Perhaps Blake’s desire not to take responsibility for the plague spreading reflects a modicum of self-awareness after his sprees of recent weeks, but it still sits a little earnestly (“There has to be a warning, Jenna. There has to be”).

Excellent performances from the guest cast and an effective virus on the loose plot is let down somewhat by Homes decision to write Blake as the Doctor. He doesn’t have the charisma, and his character certainly doesn’t have the learning. 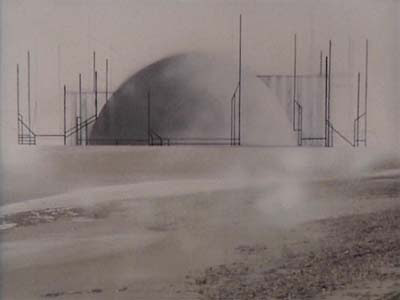 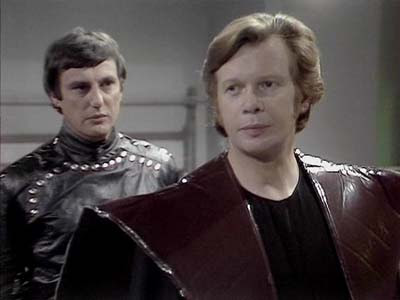 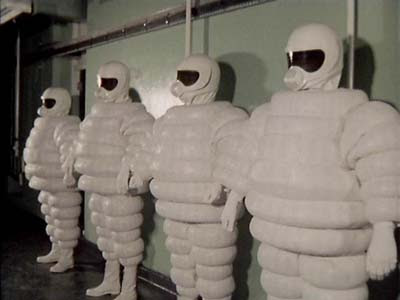 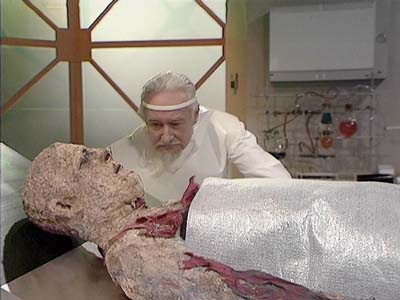 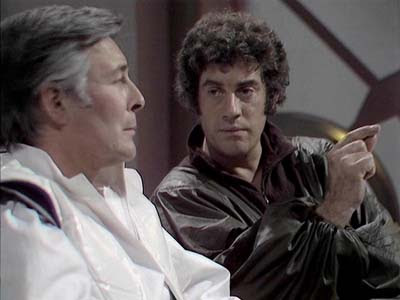