An apt title for this episode, with Blake overreaching himself and Gan snuffing it after getting all comforting/creepy over Janet from Terror of the Vervoids. It’s a bit of a mixed bag, some very strong elements confounded by a couple of really clumsy ones.

The Day of the Daleks-esque terrorists in the opening scene aren’t going to be troubling the Royal Shakespeare Company any time soon; their exploding dummies give better performances.

And the Mutoids inside what appears to be a nice old cottage, but is actually a shiny white Federation base, don’t seem up to much either (one of whom, Sue Bishop, was a sister in The Brain of Morbius).

Still, Jaqueline Pearce makes up for this, looking very stylish. Perhaps she thought she was off to the Henley Regatta? Croucher’s Travis is slightly more subdued, meaning that occasionally he doesn’t raise his voice for sentences on end.

Unsurprisingly, Blake is off to rendezvous with the rebels. For a change, however, and signalling just how extreme his behaviour is becoming, everyone thinks he’s crazy when he reveals that he plans to teleport down to Earth and attack the Federation’s computer information monitoring complex.  Well, except Cally; she’s on board with it.

Blake: Alright, I didn’t expect you to welcome the idea. That’s why I misled you just a little.
Avon: That’s very diplomatically put.

Blake plans to meet up with Kasabi, leader of the rebels (Jane Sherwin, Lady Jennifer in The War Games). That it’s a trap should come as no surprise, after Weapon (perhaps the puppet master suggested a couple more strategies before he legged it?)

It’s a rather unlikely about-face of the crew to then agree to go with him (most unbelievably Vila is among them), providing Blake agrees that if it looks like an impossible mission they will pull out. Except that already it is clearly a daft plan.

Even Avon agrees to come along; his reasoning is still a bit of a stretch, but at least he’s given a bit of motivation for dumbly following. If Blake succeeds then the domino effect of support for the cause would likely mean he would have to stay on Earth as leader, organising revolt. So Avon would have his chance to take charge of the Liberator. It’s a decent scene between the two, and it seems like the first time they’ve held a conversation rather than launched into each other or gotten snippy (although Blake does comment “There’s no hurry” at the end in response, it doesn’t translate as a rebuke as such).

Servalan’s back story, that she was the cadet who reported Kasabi for treason when she was a senior officer in Space Command, only really resonates when Kasabi rebukes her and tells her she was unfit to command; Kasabi had not realised how well connected she was. Like Blake, then, there’s the suggestion of someone who comes from a privileged background who has risen to the ranks of ruthless leadership. And like Blake, this episode shows Servalan making mistakes, even though she blames Travis for them. The latter objects to her mowing down of Kasabi’s troops as it did not serve the plan. He also prevents Servalan triggering the homing beacon without extracting the code or position from her. If it wasn’t for Croucher, Travis would be behaving with a fair degree of cunning (although he does balls up in his desire to catch Blake himself). Kasabi’s dying, “I’m sorry. I should have tried to help you” to Servalan is a nice touch.

Blake and Gan teleport down and find themselves amongst the ruins of a church.

Blake: The Federation had them all destroyed at the beginning of the new calendar.

That’s the sort of little nugget that works wonders in creating a believable future world. Tezza comes up with some strong plot twists here that succeed because we’re concentrating on Blake’s plan as seeming doomed from the outset. So Veron (Yolande Palfrey, playing Kasabi’s daughter) turning on the crew caught me unaware. Blake is so busy ignoring commonsense and again deceiving his crew (he doesn’t tell them that Kasabi has been captured, although Avon deduces that something is amiss). Gan allows himself to be swayed by Blake, but he’s always been a bit dense. And besides, he’s distracted by Veron.

Vila reverts to type when Avon teleports down anyway.

The self-repairing high intensity radiation grid that fried the bumbling terrorists at the beginning features again, and Avon and Vila teleport to the crypt just as the ground where they were explodes. Everyone is acting dumbly at this point. Blake says that unless Avon has a good reason why not, they will go ahead with the plan. But they have tonnes of good reasons why not.  Avon considers the lack of security guards to be in their favour, which is pretty slim, but having Veron betray and steal their bracelets puts them in a situation of carrying on regardless.

Travis: Don’t concern yourself with your mother. She died one hour ago.

What a complete bastard! There’s a flip-flop at this point, with Travis (having set up the plan with Veron, and been told by Servalan that he will get no second chances if he screws up) getting his turn to act like a pillock. He refuses to call security as he wants to take Blake himself. By which point they’re making their way across the grid (Avon’s the only one to stumble).

Interesting that the Federation has a High Council (Servalan has to ask them to turn off the defences in the Zone so Travis can pursue Blake – she makes it clear to Travis that both their heads are on the block now).

George Spenton-Foster really doesn’t put much effort into the descent into computer control. The same climb down a ladder three times, but with different coloured lighting on each occasion. There are also some astonishing convenient ceiling rungs with which to cross an electrified floor (unless the idea is just to allow semi-inconvenient access and then rub in the abject failure for whoever reaches the room at the bottom).

Best moment of the episode goes to Blake for a change, his hubristic reaction to reaching the control centre telling you all you need to know about how blinkered he’s become.

And then falling to his knees in despair really sells the scene.

The Federation’s fake-out is brilliantly simple (computer control was moved 30 years ago, but the legend that if control is destroyed so is the Federation was kept going to attract Blake and “all the other fools before you”).

Unfortunately, Nation has to go and blow it by having Jenna and Veron appear as if by magic, with Servalan at gunpoint. Initially the moment is quite well staged, since you’re questioning why Servalan would tell Travis to release Blake and co. Not only must Jenna have got incredibly lucky to take Servalan prisoner, but it comes across as a very lazy deus ex machine.

Still, Pearce slapping Croucher afterwards feels real, and Travis hesitating before letting Blake go is one of the few moments that approaches a Greif level of the character working well.

The staging of Gan’s death by collapsing roof lacks impact, but it does at least mean that Jenna’s rescue isn’t the climax. Unfortunately David Jackson can’t even die very convincingly. But it does serve to make the episode an even more resounding failure for Blake.

Travis: They’ll dig us out eventually.
Servalan: And then I’ll bury you.

It’s a shame that a very strong thematic premise (Blake brought to an all-time low point) is marred by a couple of “I couldn’t be arsed to think of something better” sequences. Thomas deserves credit in this one, even though I’m not his (or Blake’s ) biggest fan. Possibly more than the actual merit of the episode is the clear announcement of intent; it’s not a series that will rest on its laurels. Central characters will die. Weekly resets will not be switched. 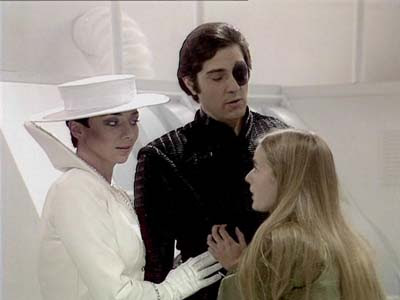 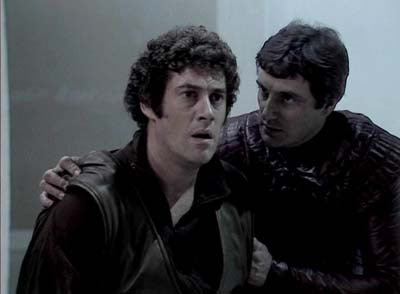 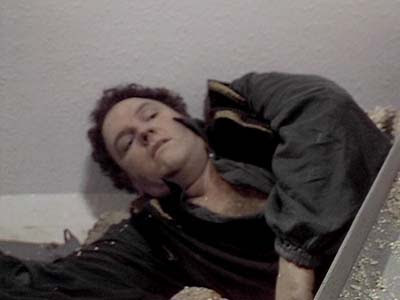 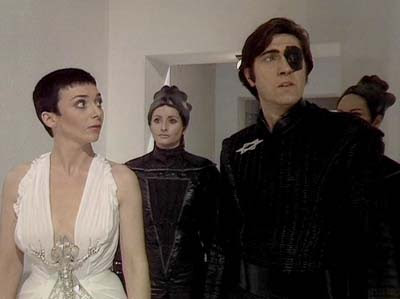 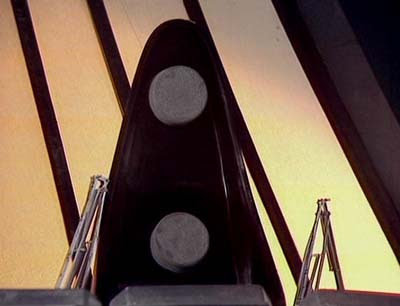